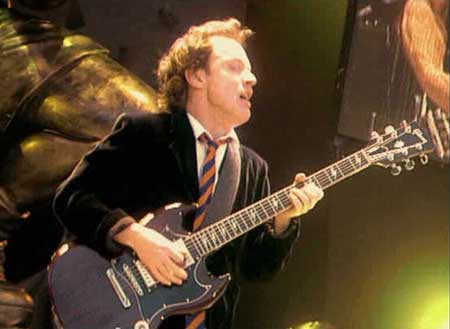 AC/DC is arguably one of the most successful Rock bands of all time. They are certainly still one of the highest grossing in revenue, even after 30+ years. Formed in 1973 by Australian brothers Malcom and Angus Young, they have captivated audiences for over 3 decades with their edgy, gritty guitar-work, and somewhat bawdy lyrics. If you were to randomly ask people on any street what their favorite Rock band of all-time is, the most common answer would likely be AC/DC. In fact, they were so successful that a movie was even made around their songs... School Of Rock , starring actor/guitarist, and die-hard AC/DC fan, Jack Black. 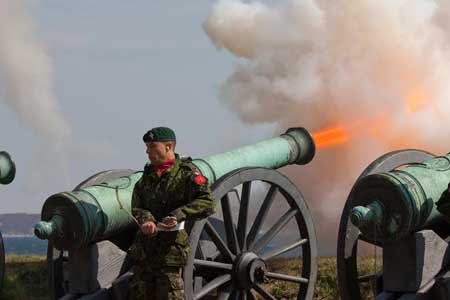 One of the reasons for the band’s success is the incredible riff-rock licks of lead guitarist Angus Young . His style is built around the box-pattern Pentatonic Scales. His style is so aggressive that it has actually been used as weapon against an enemy of the Untied States. In 1989, Panamanian dictator Manuel Noriega had barricaded himself in the embassy against an assault by U.S. troops. Knowing that Noriega was an avid opera fan, the Army played AC/DC songs such as Hells Bells, Highway To Hell, Back In Black, etc….over loud speakers, 24 hours a day , until Noriega finally surrendered. Angus Young has proved that the guitar is mightier than the sword.

As far as professional musicians go, Angus is something of an anomaly. He does not drink , still has, and plays the very first Gibson SG he ever bought (over 30 years ago) and nowadays is probably the oldest person to ever wear a schoolboy uniform. Many people are unaware that Angus is also a very good jazz guitarist , and is a huge fan of Louis Armstrong’s music. Angus is the only original member of AC/DC still in the band (older brother Malcolm retired in September, 1014). They are releasing a new album in late November, 2014 called Rock or Bust.

Most of the riffs and solos of Angus Young are built on the basic "box" pattern in the key of Am . If you don’t remember what that is, go back and review the lesson on Pentatonic Blues Scales before proceeding further. You can see that the box pattern keeps all of the notes pretty much right under your fingers, so you don’t have to keep running up and down the neck looking for notes. It’s mostly just running up and down the 5 through the 8th frets , up and down the strings.

What sets this apart from the normal Pentatonic riff is Angus’s aggressive use of bends and vibrato.

It is important that you bend the string up one whole step. His method of checking it by going to the 10th fret works OK, as long as your guitar is in tune, and the intonation is set correctly. Especially on some guitars, it takes a good bit of finger-strength to bend a string this far. If it is too hard for you, you should take your guitar to a repair or set-up technician and have them set the action correctly. Also, a lot of Rock guitarist use Extra-Light, and “Slinky” strings to make bends a lot easier. You might consider changing your strings to lighter gauge ones if you are having troubles with bends.

The vibrato is very important. Angus usually uses it at the end of a phrase, when he is sustaining a note. His vibrato is unique in that he uses upward pressure on the string to put the vibrato above the note, which limits enharmonic (feedback) frequencies when using distortion.

The pull-off is also important . If you just pick the note, it will not sound right. It has to be a pull-off, to get the softer sound.

It may seem a little daunting at first, but practice the riff slowly, and gradually increase the speed. Soon, it will become second-nature, and you won’t even have to think about it. Keep on rocking!

Enhance your repertoire with 10 popular songs containing cool guitar riffs. We listed a couple of riffs from each age, see how riffs evolved through time.