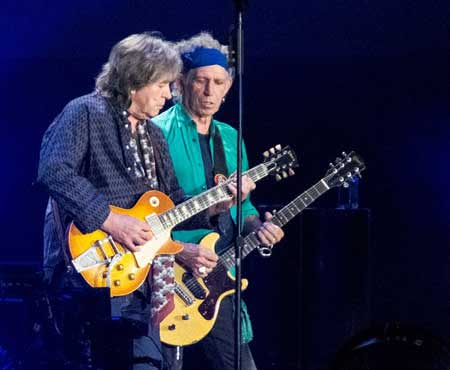 Keith Richards is unquestionably a rock icon. Along with Mick Jagger, he is a founding member of The Rolling Stones, and has written some of the top 200 Greatest Rock Songs of all-time , according to Rolling Stone Magazine.

Richards was originally an English Art School student, who washed out soon after meeting Mick Jagger on a bus. They discovered they shared a love of music, and both decided to pursue a full-time music career. So was born... The Rolling Stones .

Unlike a lot of other rock guitarist, Keith was never concerned with speed. He often said it was never his intention to be, "the fastest gun". Instead, he preferred to blend guitars in what he described as, " the ancient art of weaving ", which gave the Stones their unique sound. His great work on original songs such as Honky Tonk Woman, Satisfaction, Brown Sugar, and the hauntingly beautiful Angie , speak for themselves. Keith is also very fond of acoustic guitars, and has used them on several releases. He has a collection of 3000+ guitars….probably more than Guitar Center has in its' inventory. He won't be running out of guitars any time soon…

If you listen to a lot of The Rolling Stones, it will become obvious that Keith’s style is focused much more on rhythm and chords , rather than screaming leads, which were the norm at that time. This creates a soulful, bluesy sound that meshes well with rock and roll. Richards music is solid, direct, and unpretentious.

Contrary to popular belief, Keith Richards did not always play in an Open G tuning, and when he did, he favored a 5-string tuning. He kept a few of his Telecasters tuned that way, and also had a custom-made, 5-string guitar, made by luthier Tony Zemaltis, and nicknamed, “Macabre”. This guitar was destroyed in a fire in 1973, but Keith eventually found a Japanese copy of it years later, and replaced it. You can duplicate the sound by tuning to Open G and avoiding the low E string as much as possible.

Here's how to tune to Open G :

The video below shows you how to tune your guitar to Open G tuning: 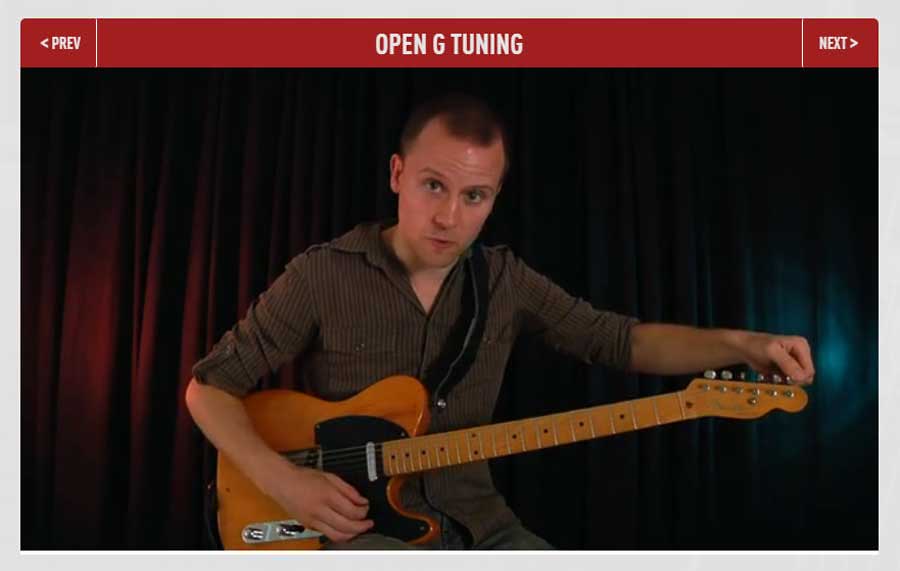 Go to the video lesson

If you want to hear what all this sounds like, listen to the Rolling Stones Brown Sugar . You can clearly hear the barred chords, the flat 3, 6 and 7 chords, as well as some easy embellishments. Another Open G song that Keith is famous for is Start Me Up . Notice, at no time does he ever hit the E string.

Believe it or not, this is not nearly as hard as it sounds. Once you start, you’ll be thinking, " Wow! This is a piece of cake... ". Things don't always have to be complicated to sound good. Just ask Keith... Keep on rocking!