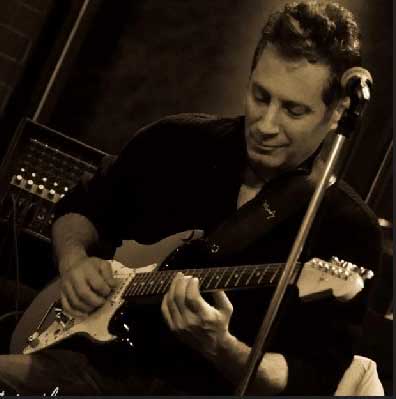 The past week I had the honor and the pleasure to take a Skype Guitar lesson with John March . John was a friend and student of the late Ted Greene . John is kindly offering online lessons in the style of Ted Greene , in order to keep Ted's work alive and vital, so I could not to skip this exciting learning opportunity. (John is 100% clear that he is not comparing himself in any way to Ted and in fact is dedicated to helping people not only discover Ted's work, but also to help them understand and integrate those ideas. His lessons are via donation and a % of that fee is given back to the Ted Greene website to support the ongoing efforts.)

I came across John through a lesson series that he had created for Jamplay.com , and immediately fell in love with his vision and approach to the guitar and music in general.

I think that the most important advice I can offer to new guitarists , is to learn about playing music, not just learn playing guitar. Try not rely only on shapes/geometries and geographies , scale boxes and patterns, but try to be aware of the actual notes you are playing. Otherwise the player of music will be the muscles of your left hand, not your heart. It's difficult to do, but really worth it in the end.

Probably every guitar student faces this issue during his learning path. For a beginner, at first this may not seem to be a problem at all, (in fact memorizing some chords shapes/geometries, makes the player able to play some simple basic songs), but when it comes to expand the guitar knowledge, e.g. to undertake more exciting adventures on the instrument, such as jam improvisation, or music composition, the approach that is solely "shape-based" has huge limitations .

Think about this: your hand muscles have been trained to run up and down the classic pentatonic scale box, maybe you are able to play that pattern at the speed of light, but would you be able to tell something about the music harmony created with the backing band? What if the backing chord changes to a strange symbol like Bb7(#11)? Would the notes of your pentatonic box fit the backing chord well?

John addressed this topic in his Ted Greene methodologies lessons in an awesome way. The outcome of his approach is the ability to see the fret-board as a continuous space, in which to find the notes you need at the moment, adding or removing tones depending on the color you want to paint on the musical palette of the songs . You will not be trapped in those boxes anymore, beautiful!

Here are John's words about his friendship with Ted Greene : 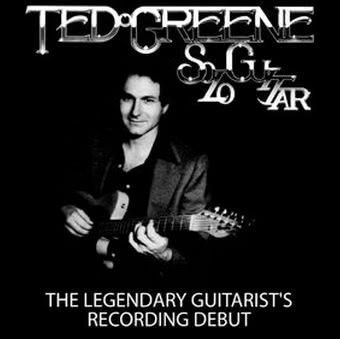 "I had the great good fortune to know and study with Ted Greene for almost twenty years. Ted was the ultimate music and guitar teacher. He was known around the world as a true master of the Guitar, and for his innovative Harmonic style of solo guitar. To hear Ted play was a unique and rare opportunity to hear something extraordinarily beautiful. Every guitar player, young or old, famous or just starting out, wanted to study with him, and he always had a kind word and an enthusiastic response for every person he met. He was one of the kindest and most generous people I have ever had the privilege to know. He was also absolutely one of the best musicians I have ever known. A true Zen master of music. His untimely passing left a hole in my musical universe. "

One important thing you will definitely find useful is the big innovation of Ted Greene’s, the V system , which is a way to organize four-note chords in a clear and organized manner, without losing yourself in a mess of different chords.

This method requires some work and practice to get it running, but once you have the V system in your head, in your ears, and under your fingers, your expression on the instrument will be a totally new world .

Here's a link that is pure gold, trust me . You should spend at least your next 2 months on this material, it's really worth it.

Ted Greene Lessons - A given to his students 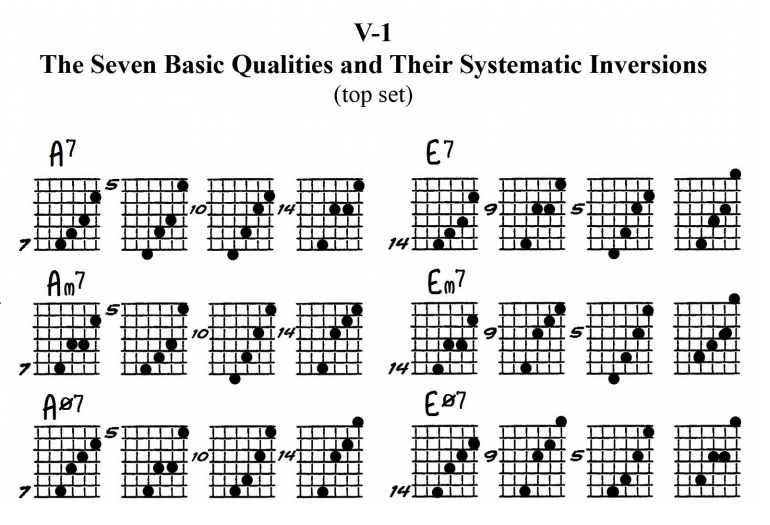 Despite the fact that John defines himself as just a “normal guy” and just a simple working musician, John has been working in the music industry for more then 35 years , as not only a professional guitarist, but also a producer, audio technologist, teacher, and of course having studied with Ted Greene.

Thanks a lot John, and I will see you at the next lesson , and also a huge thanks to Ted Greene for his love and dedication to the instrument and his students!

John asked me to add these disclaimers :

Disclaimer number 1 ; First and foremost I am in no way shape or form saying I am anything like Ted Greene. Ted was my teacher, my mentor, and my friend for 25 years, as was Barbara. I have nowhere near the education, the understanding, the depth of musicianship, the skills as a teacher, or any of the incredible attributes that Ted had at the level that he was operating. Ted was a unique phenomenon in the history of music and I am deeply honored to have been his friend and student. I do have a decent understanding of some of the material, and have recorded a tribute CD endorsed by Barbara, and am known by the admins of the Ted Greene site.

Disclaimer number 2 ; my normal fee for teaching private lessons is considerably higher than what Ted ever charged for lesson. Because these lessons are specifically focused on his materials and his arrangements I feel a moral obligation to modify the way I get paid in order to teach. In Sanskrit there is a word “Dana”. It means generosity. The practice of generosity was at the heart of Ted's work. In this particular case I will be operating on a donation basis. In other words, pay what you feel the lesson is worth. The suggested minimum donation for a 60 min. lesson is $50, no one will be excluded because of cost. (Of course if you can afford to pay more and feel the lessons(s) were valuable, then that is great!) 10% of all revenue generated will be donated to the Ted Greene website admins to support the maintenance and growth of the site.

Disclaimer number 3 ; these lessons are specifically around understanding how to work with, study, apply and integrate the teachings and materials that Ted Green generated in his lifetime. That includes his solo guitar arrangements. This is not about Blues, or soloing or technique or modes or other issues that can be found elsewhere. The foundation will be entirely using Ted's approach to chords and solo guitar. Lessons are via Skype, contact me at johnmarchaudio (at) gmail.com to set up an appointment.

I highly encourage anyone interested to visit Ted Greene's site and begin looking at the materials in lessons and in arrangements and creating a list of questions that are applicable to the materials. Here's the link