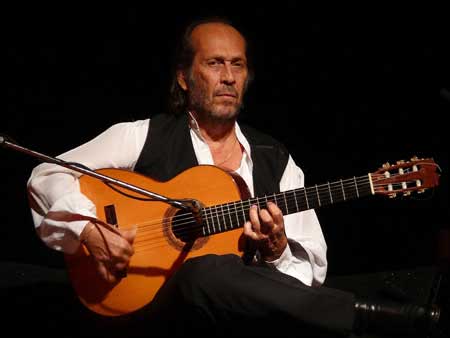 In this article you'll learn the basics of Flamenco , a style of music and dance born in Andalusia, Spain. You'll learn the foundation of a passionate, warm and mysterious form of art, that has its roots centuries ago. So imagine yourself sitting in a plaza of the city of Seville, enjoying the hypnotic performance of a wandering musician and his spanish flamenco guitar. At the bottom of the page you'll find a link where you can learn Flamenco guitar online. 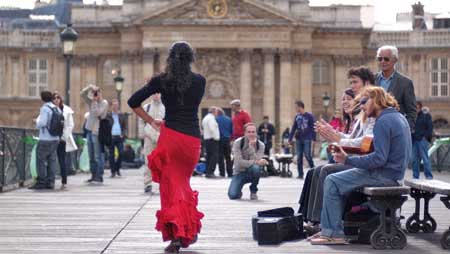 The Romani people are a nomadic ethnic group that have spread a variety of music and artistic culture across much of Europe. They are often known by the pejorative term of Gypsies , and in Spain as Gitano. In the southwestern region of Spain lies the autonomous community of Andalusia, and it is from this rich culture that we find the art form known as Flamenco. Andalusia was not only populated by Romani's but a melting pot of Castilians, Moors, and Jewish settlers all adding to the richness of the Flamenco art form. Flamenco involves dance ( baile ), singing ( cante ), hand-clapping ( palmas ), finger-snapping ( pitos ) and of course guitar ( toque ) playing! 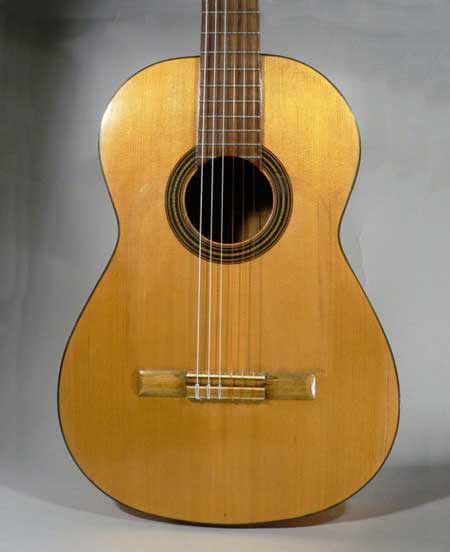 While the Flamenco guitar is similar to a classical guitar, it has its own particular build consisting of thinner tops and less internal bracing. Soft woods are used for the top and hardwoods are used to construct the back and sides. This method of construction leads to a very loud and resonant sound , but less sustain on notes, which is perfect because the Flamenco player will often play notes in quick succession. Flamenco guitars also have more of a percussive sound, not only are the strings plucked, but rhythmic finger tapping is used on the tap plate (which looks similar to a pick guard). This video shows well the differences between a classical and a flamenco guitar.

As mentioned above the guitar playing part of the Flamenco is known as the toque and the different musical forms in Flamenco are known as palos. While there are many different palos the most popular many readers may be familiar with are the tango , the fandango , solea , and rumba . Each palos is classified according to specific rhythmic patterns, chord progressions, scales, song subject, and stanza format. Many palos include traditional songs, and sometimes there is not a consistent method of classifying these songs. Some palos are appropriate during festivities, some are solemn songs for sadder occasions, some are perfect for dance, and still some tell stories of folklore and myth. To give you an idea of the variety of palos that exist this link here breaks most of them down. 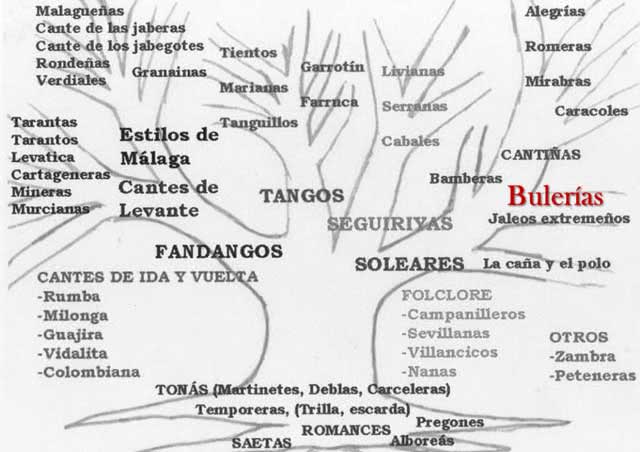 The techniques used in Flamenco are very different, just as posture and strumming patterns are not the same as those used when playing classical guitar. The guitar player's legs are often crossed to support the instrument, and the elbow is used to support the upper right arm to help with the various right hand techniques. Flamenco players often play between the sound hole and the bridge to produce a more unique and raspy tone. When playing in flamenco style your fingers will often lightly strike the frets giving it that percussive sound. Capos are often used in this style to aid in key changes and produce a higher pitch. Chords are often modified to produce a droning quality while one finger remains to play specific melodic notes. The left hand doesn't always just pluck the strings, there are a variety of flourishes and finger taps used by the player. It is common for new students to be a bit bewildered by some of the left hand fingering techniques, but when done correctly they sound great. It is these special rhythmic and percussive techniques that give Flamenco music its feel and tone.

The harmony of Flamenco is most commonly written in modern Phrygian mode , with a raised 3rd in the scale, also known as the Spanish gypsy scale (it is also called Phrygian dominant scale). In E Phrygian this scale goes E-F-G#-A-B-C-D-E , while this can have variations it is one of the backbones of flamenco music. Flamenco is most often played in the keys of Am and Dm, which are equivalent to E and A in the Phrygian. The most common chord sequence used is known as the " Andalusian cadence " which consists of the chords Am-G-F-E7 . This progression has been around since the Renaissance and its most famous modern iteration is the song made popular by The Ventures " Walk, Don't Run ". This progression and scale makes up the backbone of Flamenco music. Of course other progressions and scales may be found in some palos but usually they will often be a variation of the above harmonic scale and progression. 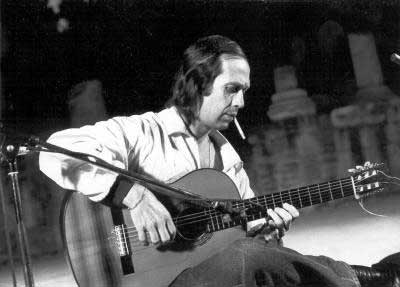 Flamenco melodies are often characterized by moving high to low, both in pitch and volume. Melodic notes are often played fast and the transitions are smooth, nearly blending into one another. Enharmonic scales are often used, which means there is no exact equivalence of sharpened and flattened notes (Ab and G# will have microtonal differences). The melody is often punctuated with chromatic notes to show a sense of urgency, and notes are often given ornamental flourishes. It’s very difficult to describe the melodic tendencies of Flamenco music, one has to listen to get an idea of the subtleties and styles (see the performance of Paco DE Lucia on the video above).

Another important aspect of Flamenco guitar is the compas or time signatures used in songs. Tangos and rumbas use 2/4 or 4/4 time while 3/4 time is used for fandangos and sevillanas . 12 beat cycles are often a cornerstone of many palos, such as solea , seguiriya , and buleria . Flamenco rhythmic units may not come naturally to someone who has been raised on the basic 4/4 time of pop and rock, but with some practice they will become easier. The meter and time of Flamenco is exciting and fun just as the music itself.

When it comes down to it, Flamenco guitar style has quite a few aspects to it. It has special meters , a specific harmonic style , and unique and ornamental left and right hand technique. The best thing for the aspiring player to do is to watch as many Flamenco videos as possible. After all the artistic style of Flamenco is one of intricacy and vivid sonic detail. So to start you on your journey of Flamenco guitar playing here is a video on how to play the Rumba Flamenca . Transport yourself back to a hot Spanish evening at a festival of dance and music, and give the Flamenco a try! 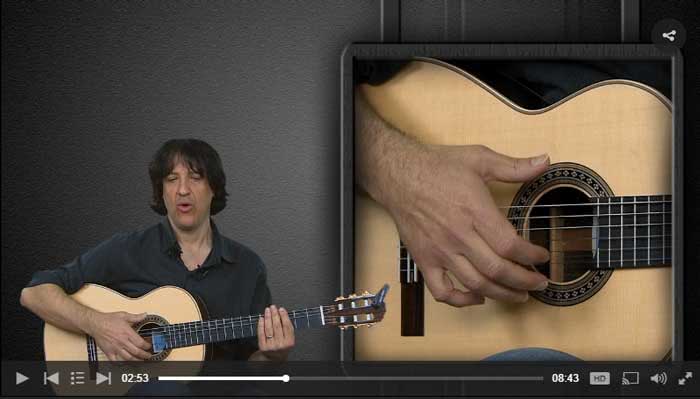