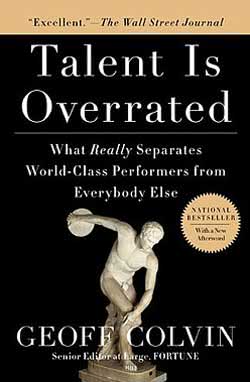 If you've been following this site for a while you will already know that here I try to help people learn how to play guitar in the most effective way, providing software tools and insights on how to learn the guitar in the best way.

A couple of weeks ago I was in Ottawa for a road trip vacation (by the way Canadian friends, I love your country, amazing, even if someone told me "don't come in the winter"), and in a bookstore near the Parliament a book drew my attention.

Its title was "Talent is overrated" by Geoff Colvin . I bought it and read it, and here I share with you some insights that I hope will be useful for our guitar practice and our vision of the instrument in general.

Probably many of you have a musically gifted friend, a natural talent, maybe with absolute pitch, able to play tricky parts effortlessly, and so forth. Usually, we use a word to explain to ourselves this kind of people: TALENT .

For some inscrutable reasons, your friend was born lucky. But is this really the end of the story? The new findings on great performance tell more.

It could sound a bit counterintuitive, but it seems that no one is born guitar virtuoso, or top chess player (democracy at its best?). Research has also shown that superior musical skills are not directly related to great memory or high IQ.

So what is the factor that explains the reason why some people have mind-blowing superpowers ? Researchers called this mysterious ingredient " deliberate practice " (the term appeared for the first time in this paper ). 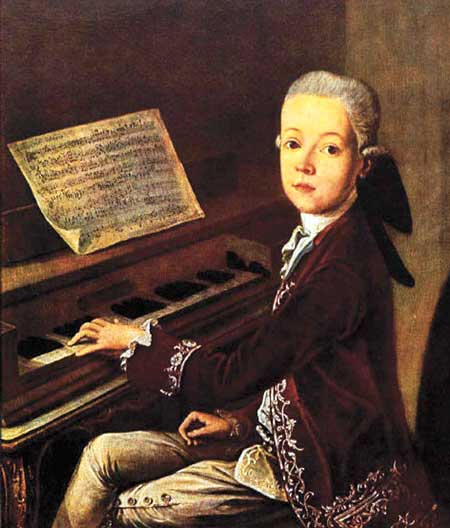 Of course it is not my intention to doubt the greatness of an absolute musical genius such as Wolfgang Amadeus Mozart .

He composed music at age 5, and played amazing piano and violin concerts at age 8. Definitely the God of Music, that epitomized musical talent .

But there is more to say. Mozart's father was Leopold , composer and teacher, very keen on children musical education. He was famous thanks to his book on violin learning.

When his son was 3 years old, Leopold started teaching him composition and performing, with an intensive and structured training program .

This early training, provided by a high skilled teacher, seven days a week for many hours, had an enormous impact on the development of Wolfgang.

Regarding Wolfgang's compositions, many scholars agree that the early pieces have been always corrected and revised by his father.

Moreover, none of the early compositions are considered today masterpieces. The first Mozart's great composition is the Piano Concerto no. 9 , composed at age of 21, thus after 18 years of intensive musical training !

Wolfgang Amadeus Mozart was a genius, but beyond the scenes there were tons of hard work ! 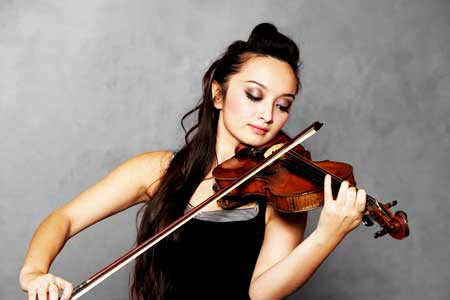 To really understand what it takes to become a great musician, it's worth it to analyze an experiment reported in the paper previously cited.

The research has been carried out at the Music Academy of West Berlin , a music school that creates very good musicians.

With the aid of professors, the researchers grouped violin students in three groups (all students was about 20 years old):

Then the researchers investigated on data of the subjects:

when they started learning violin, competitions they won, how many hours a week they practiced, and so forth.

The subjects were also asked to complete a list of music-related and non-music-related activities, filling it with the time spent for each activity.

At first glance, all the three groups were similar: they started learning violin at the same age, and at the time of the experiment they have been studying violin for about 10 years; they were spending the same amount of time in lessons, with the same daily routine composed of practice and classes.

One different element was the amount of time dedicated to solitary practice . Group A and B (best and good violinists) practiced alone about 24 hours a week , while group C only 9 hours a week . All students considered practicing by themselves hard and not fun, but really useful for improvements.

At this point of the experiment, the researchers were in front of another question: if Group A and Group B were practicing the same amount of time (24 hours a week), why they were not at the same level?

Again, data tell that hours and hours of hard work are required in order to get to the top level of performance. Talent was not part of the equation . 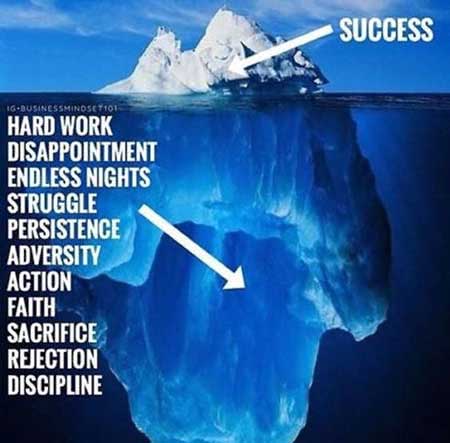 So far we have learned that in a certain way we are masters of our musical destiny . It seems that we don't need any kind of natural talent, but tons and tons of hard work, or better, deliberate practice.

Let's start with the definition of deliberate practice: " the differences between expert performers and normal adult reflect a life-long period of deliberate effort to improve performance in a specific domain ".

The rule of the thumb of what it takes to become a real expert in any field encompasses 10.000 hours of practice , or 4 hours a day, 6 days a week for 10 years.

But don't worry, even if you have less time to dedicate to your axe, the following tips will be useful for improving your performance.

1) Design your practice for specific needs

You should try to identify your lacks and create exercises that address specifically your weakness.

For example, if you have difficulties in crossing strings while you're playing a scale or a chord, isolate the problem and conceive an exercise that drills on the difficult passage. Get out of your comfort zone and play what you find difficult.

Try to be always 100% focused on your training session. Turn off the phone, close browser and social networks, set a time slot in which you only focus on your exercise.

Believe me, we live in the era of Information Overload and Multitasking; learning how to focus on one single thing will improve your life in general!

Of course the most effective way would be a skilled teacher that can draw your attention to mistakes or imperfections. You can also record yourself and analyze later your performance , trying to be as much as possible objective.

If you are learning guitar with online guitar lessons , always try to interact as much as possible with your fellow students.

4) Periodically, evaluate yourself and take adjustments

Check your performances on different topics (alternate picking, string skipping, ear training, theory, and so forth) and track your progress. Then back to rules 1.

This kind of practice is highly demanding mentally , and it is not so much fun. Thus deliberate practice should not be the whole of your practice. At the end of the day, you should have fun with your instrument.

But now you know that the more hard work you put in, the more your guitar skills will improve.

Even if you have always considered yourself not particularly musically gifted.