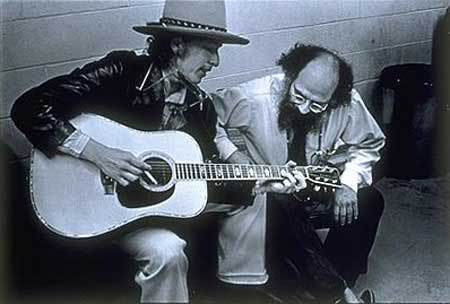 Often online and personal guitar lessons focus only on the aspect of playing the guitar. However, many of us, especially acoustic players want to know how to play and sing at the same time . Doing this really depends on your will to sing, and that doesn’t mean your ability, but the fact that you actually have to SING! Let’s face it, many people are famous as singer-songwriters and some can't sing in the traditional sense. I love Bob Dylan and his lyrics, he even just won a Nobel Prize in literature for them! Honestly though, he doesn't sing all that great, the same goes for Tom Waits , Billy Corgan from Smashing Pumpkins, even Axl Rose's voice is grating at times. At least these are my opinions, some people may love the voices of those artists, the point is to not worry about it if you sing terribly, the key is to do it anyway.

That is the number one method to singing and playing guitar, just doing it, practicing a lot. It may help to find a sound proof room or area where no one can hear you, after all in the beginning we all want some privacy when we start out. While you will eventually want some feedback it is ok to start out when no one can hear you. Below we will discuss a few tips to practice at home with your singing and guitar , of course going out for specific vocal lessons is never a bad idea.

There are many pointers out there for vocal techniques, but we may not all want to sing with perfect technique. Some singers are raspy, some are quiet, even some sound like they smoke two packs of cigarettes a day, we all have unique voices. 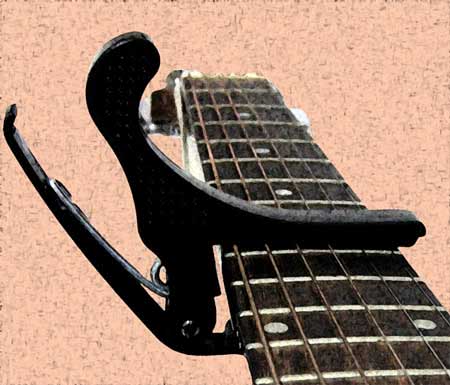 We have mentioned before how important it is to know basic music theory , when we attempt to sing it becomes very apparent. If you are playing a song in the key of F and you have a hard time singing it? Try transposing it to another key , one that fits your voice. We dealt with this in another article , in which you find a basic chord chart for simple key changes (you can download the pdf from your private download page ).

If the Key is in C and the chords are C , F , and G , then to change it to the Key of G we have the chords G , C , and D . In fact, the Key of G is known as " the people's key " because that is the most common key that fits many voices across the population. Most often people will find their voice fits the Key of G , C , D , or A . However, don’t be discouraged if you are outside these ranges, if the Key of Bb works for you, then go ahead with Bb .

If you like you can take a chromatic tuner and try singing notes into it, see which notes pop up the most often and look into that key. It’s just a matter of trial and error as to which key fits your voice best. This reminds me of a Beatles song called " Baby You're a Rich Man ", the verse in that song says " how does it feel to be one of the beautiful people, tuned to a natural E ". Maybe you are lucky and will be one of the beautiful people…Ha! 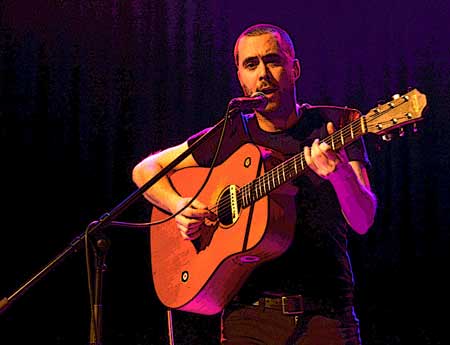 When you are first learning chords on a guitar it is suggested that you look up as many songs as possible on the web , the same is true when learning to sing. New, old, a variety of genres, play any song that you can think of. Remember that not all songs on the web are correct so you have to use your ears to wade through the garbage. However, the more songs you play the better you will get at realizing which keys go with your voice. With research and experimentation, you will find what fits your vocal range.

Over time you will find that certain songs fit your voice perfectly, those are the note and key ranges that are the best to practice. If you are lucky you will have quite the range and be able to move over many keys, however don’t be discouraged if you can only sing in a couple, like I mentioned above some of the most famous singers have limited range. It seems that even singers like Freddie Mercury had an average vocal range, he just used other techniques and simply style to sound much better (check this research paper to learn more) 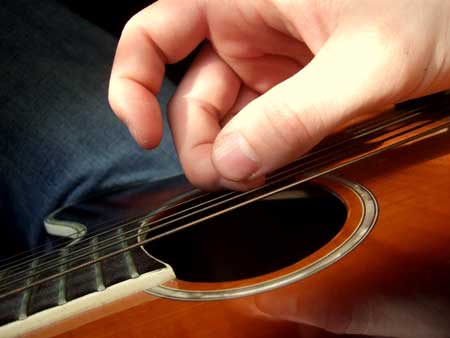 Complicated fingerpicking and intricate strums are not necessary when you first start to sing and play. In fact, most bands have a lead guitar and rhythm guitar player , it is the rhythm guitar player that often does the singing. The rhythm guitarist often plays the basic chord progression of the song , that’s because it is not easy to sing and play a complicated passage at the same time. A simple strum of the main chords is all that’s needed when singing and playing. As you practice and progress it doesn’t hurt to try a little more, but at the end of the day simplicity is your voices best friend. 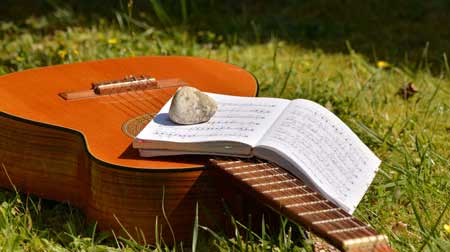 There is no better way to sing and play with the guitar than writing your own music . Pick a common chord progression in a key that suits your voice and start writing. That way there is no need to attempt to copy another vocal style or range. Plus, that is the sign of a true singer-songwriter , to have your own tunes. Keep the melodies simple and remember that an average human voice can only jump a few notes at a time and sound natural. Just sit down in a quiet space with your guitar and start playing a chord progression until some words fall right into place. It seems so simple, but that’s all it really boils down too.

The more songs you write the better you will get at it. Keep the verses the same chord progression, the chorus also should stay the same each time, and mix it up a little at the bridge. I wish there was some magical way I could tell you how to sing and play , but it is truly a matter of playing and singing as many chords and progressions as possible until you strike on what sounds good to you. And once you have a good original piece all you need to do is practice and of course sing with confidence. 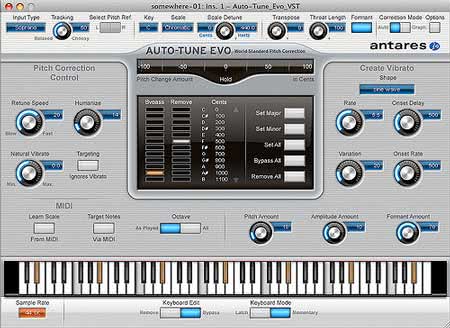 I hate to mention this, but it is a part of modern recording. If you have recording abilities on a computer or tablet, there are always auto-tune features . This is software that corrects your pitch during and after your singing. It was first made popular by Cher and has since pervaded our culture. Auto-tune software is very expensive, and has quite a learning curve to it, but worth it if you like that sound.

If that’s the case, you will record your guitar and vocals on separate tracks and later use pitch correction on the vocal track . Auto-tune is definitely cheating , but at the end of the day it all has to do with what sound you want for the song you are playing. There is some good to auto-tune software , it can help you learn what notes are physically not at the right frequency, which can help you pinpoint and fix mistakes naturally. 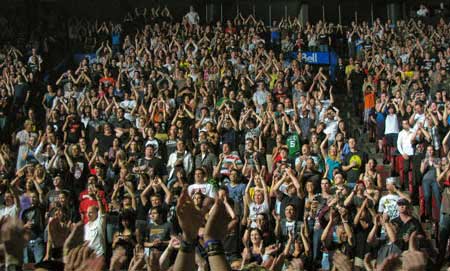 For now on, every time you pick your guitar up to play, hum along with the chords, the scales, and the notes (by the way, singing what you play is a great way to develop your inner ear , as Steve Vai suggests ). Listen to songs you want to play before hand, practice singing along, paying attention to any chord changes, and of course memorizing the lyrics.

Most of all remember that a key point to singing and playing guitar is confidence . If you constantly tell yourself you are terrible, of course you will never progress. Find your own unique voice that fits your style of playing. If you like playing death metal on your electric guitar and singing in a dark monotonous voice, more power to you . Or if you like telling a story over a folk progression that is fine too. At the end of the day just pick your guitar up, play, and sing!