In a previous article we discussed the basics of guitar tablature and the most used guitar scales , which will help us tremendously while learning solos . Often when you want to learn a solo to a song you will likely be using tabs. However, since the tabs have limited info, we must listen to the song repeatedly while learning the solo. In this tutorial we are going to present 6 easy guitar solos that beginner guitar players can learn to play.

This ebook will provide an answer to the most common doubts of lead guitar players. For each chord type, you'll find the scales that better fit with it. Learn More Here 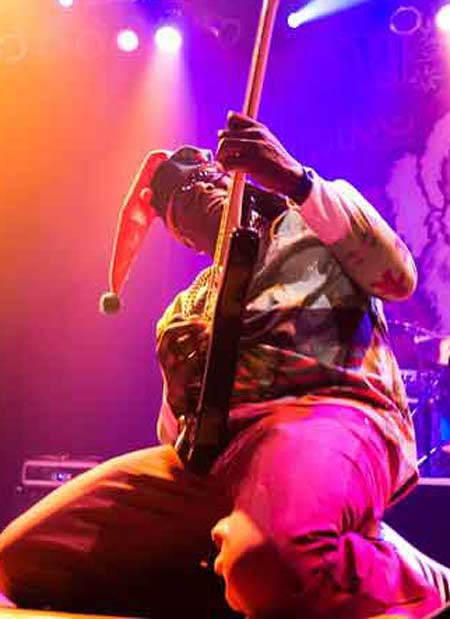 Guitar solos are the most popular in rock, pop rock, and heavy metal bands . In these bands we often see a lead guitarist and the rhythm guitarist. The rhythm plays the basic chords of the song while the lead will play important riffs, intros, outros, and of course solos. Most of the time solos are made up of specific scales that correspond to the key of the song .

In heavy metal music most solos are minor pentatonic scales played very fast, musically they are not complicated, but the speed and technique (known as shredding) at which they are played is very difficult (and remember you always should use metronomes for practicing these scales). In most genres the solo is usually played closer to the end after the bridge or after the 2nd verse. When solos are played the bass guitar and drums will keep the beat and rhythm of the song going while the soloist is in the forefront. Often guitar effects and pedals will be used to help the solo stand out among the rest of the song.

Sometimes guitar solos are set in stone and played the same way every time, but occasionally, especially in jazz they are improvised around a skeleton of chord changes . However, for the beginning guitarist we are going to pick out a few of the easiest guitar solos for beginners. For our article we will also be considering intro solos as well like our first one.

This memorable intro solo by Eric Clapton is very easy to learn and well known. In this link you will see that with the tabs there is nothing overly complicated except for a simple bend a few times. Eric Clapton has a gift for taking very simple melodies and by playing them just right they sound perfect. This is a great intro solo to practice on.

This is another super famous intro by Pink Floyd , most all of us have this song ready to play in our heads at anytime. The intro is very easy and includes tabs that have single notes and chords (of course playing it like David Gilmour is another story ). This song is perfect to play on an acoustic guitar for an audience, after playing the intro solo you can move right into the main chords of the song. In fact, if you have a second player they can also help with the second guitar part which is also an easy solo.

And now if we step away from intros for a second and get to proper solos, " Let It Be " is not too difficult to learn. Don't forget your bends, hammer ons, and pull offs. Sometimes solos can seem a bit complicated at first glance and first play. It is best to practice each note at a time and as you get more comfortable switching each note start trying to play them as they sound in the song. When learning tabs and solos you need to constantly play the song over and over to cement it in your head.

The solo for this Nirvana song is really just an extended version of the main melody of the song, with added flourishes to make it stand out. As with all grunge music the sound doesn't just come from the notes you are playing but also from the added effects and pedals. Grunge often used distortion, overdrive, and chorus effects to layer the sound during the solo. While you are learning the solo to this song why not practice some of the main intro riffs!

The Red Hot Chili Peppers keep it nice and simple on the solo for their song " Californication ". So simple that it is often one the first solos many guitar players learn. It goes to show that a solo does not have to be complicated to be popular. Just like the intro to "Wonderful Tonight", sometimes the simpler it sounds the more memorable it will be.

Much of Jack White's and The White Stripes music are very simple blues riffs that are very catchy. The entire song of Seven Nation Army is actually a great song for beginners, especially the solo. Notice in the tabs that the guitar requires a different tuning than standard tuning. This is often the case in many rock songs, the strings are lowered a half step, drop D is used , or in this case a completely unique tuning. 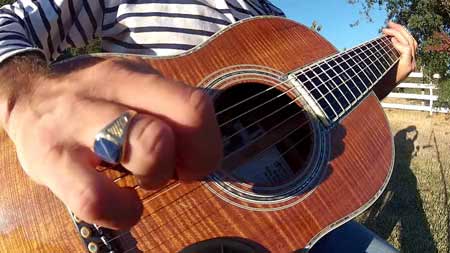 There are of course many more solos out there to learn, you may have plenty you are already working on. Overtime you will see that a solo isn't just about the notes you are playing; guitar effects are essential in most solos. Some of the best solos are simply the main melody or riff of the song with added bends, hammer ons, pull offs, and other flourishes designed to give a unique sound. If you ever get to the point where you wish to write your own solos it helps to remember a few points: