In this post, we're going to explore the fascinating world of patents, in particular, those related to the guitar, our beloved instrument.

Most of the worldwide technical knowledge lies in patents; the problem is that often they are written in an obscure and difficult language. But with the proper search tools and a fair amount of patience, it's possible to find precious insights, strange things and sometimes awesome ideas.

On this page, you'll find some of the most fun, strangest and bizarre solutions that the human mind has conceived. And maybe this process will kindle something in your brain that will turn out in a new, millionaire patent. 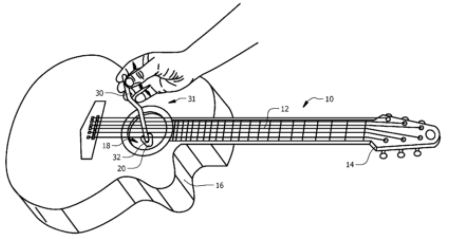 We all know that the hole of guitar is actually a passage for another dimension, in which guitar picks transmute to a superior level.

This patent presents a smart way to grab those picks and extract them before they escape. I don't know how smartly it works but looks interesting. 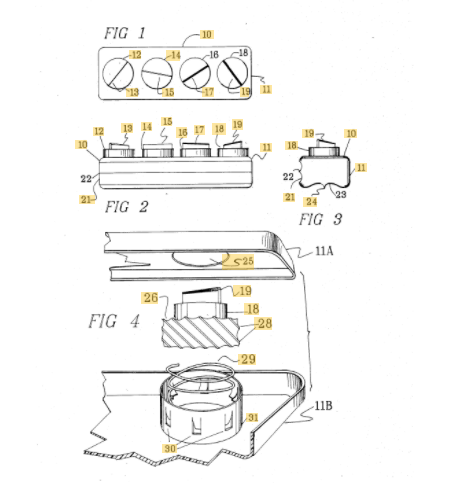 This training device looks like a medieval torture machine.

It claims to be helpful for developing callus on the fretting hand, and, as a secondary beneficial effect, to improve fingers strength.

I wonder what's wrong with using a real guitar to achieve these results.

But if you travel often and don't have a guitar in the surroundings, this device can help you stay trained. 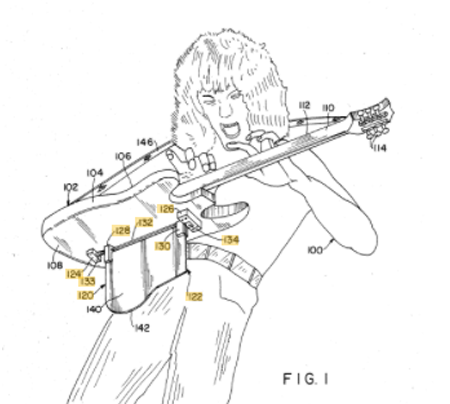 This patent was filed by Eddie Van Halen, and, by looking at the picture, you can immediately become aware of its main benefits.

If you want to skyrocket your 10-fingers tapping skills, this device could help you. 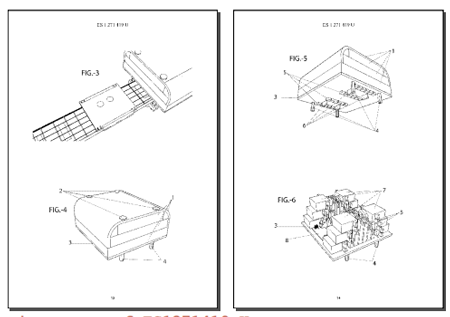 They say that in learning guitar there are no shortcuts.

This patent seems to negate that rule; it presents a strange device that pushes strings on your behalf.

It can be controlled by a smartphone or tablet and allows any chord voicing you like, despite your finger agility. 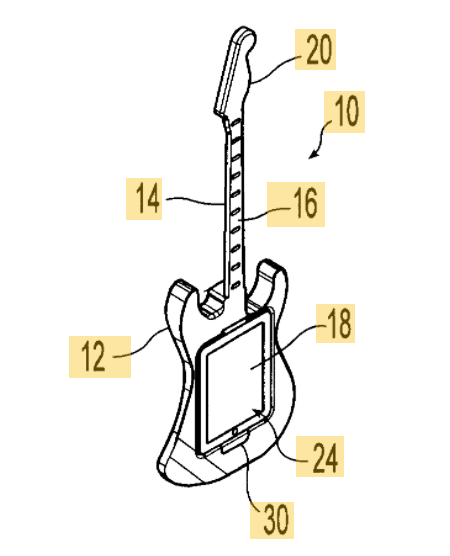 Yes, this is a guitar with a tablet embedded.

On this device, your right hand will touch the tablet screen in order to play the virtual strings, controlled by software, generating synthetic sounds.

The tablet is removable so that you can use it a a normal computer. Personally, I have never tried a device like this. 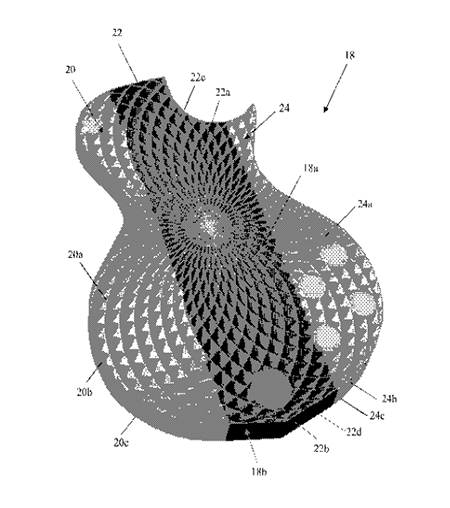 This is a cool guitar body that, thanks to its prismatic geometry, creates nice visual effects. The light is decomposed into separate colors;

I guess that this guitar will attract much attention once on stage.

The patent also claims to improve the tone and sound of the instrument, due to the particular body geometry. 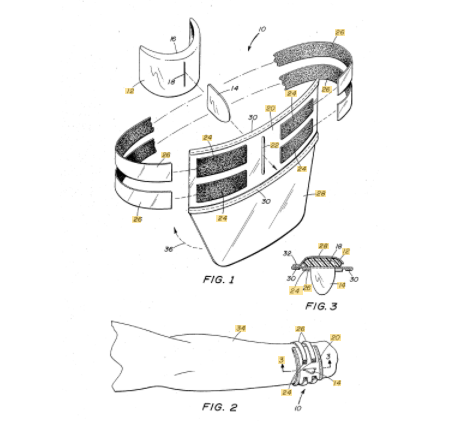 This is really cool. Professor Evan Gallagher conceived this invention, that allows him to play guitar, despite being an amputee.

It is a system composed of a pick and a pick holder, that adapt itself to the contours of the residuum and allows people to play strings with arm movements.

A concrete guitar and its manufacturing method 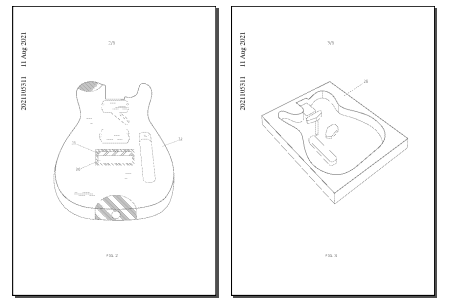 I never felt the need of a concrete guitar, but someone filed this patent.

Actually, it seems that guitars made of concrete are a thing, probably it weighs a ton; anyway I guess that a Les Paul still has the podium.

This was just a quick search on the patents database to bring you some notable documents; the worldwide patent corpus counts about 130 million documents and contains every invention and solution imaginable.

I'll leave you with some links if you want to search some strangeness by yourself:

It's a complex and not-easy world, but I think you can have some fun playing with it. Don't forget to practice your guitar though!

Our odd journey in human creativity ends here, to stay update you can subscribe to the free newsletter (this includes access to the guitar pdfs download area)