If you want to record your guitar and produce professional-grade recordings in your home studio, it's easy to spend a lot of money, either on top-of-the-line hardware or expensive software suites. That doesn't mean, however, that you can't fake it if you're on a budget. The first step is to install powerful and versatile Audacity . This is a great Era for the guitar players, as we have tons of great software for guitar at our own disposal.

Of course, recording guitar is a lot easier with better tools. IK Multimedia's StealthPlug and iRig dongles, which range between $40 and $150 USD, allow you to plug your guitar directly into your computer, recording without an amp or microphone. The sound quality is instantly cleaner, often eliminating the need for an initial noise reduction, and you'll have access to all the pedals and effects of the AmpliTube software that comes bundled with IK's hardware. 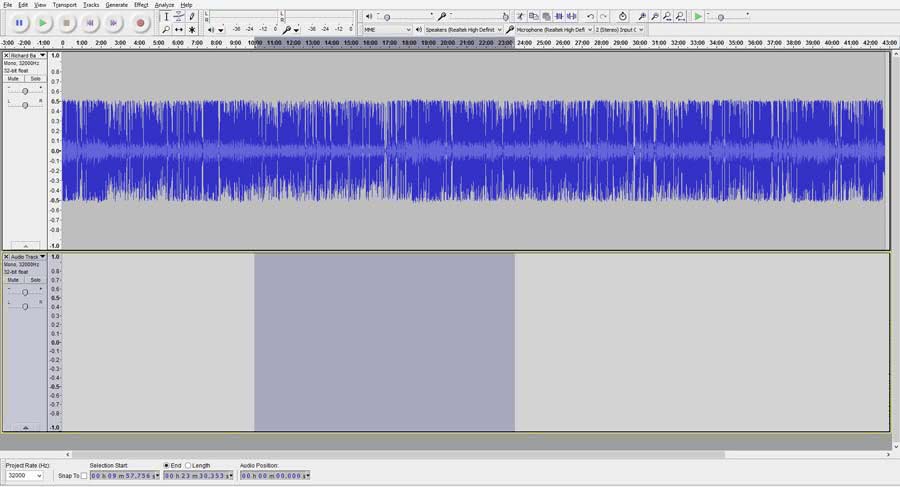 While you won't have to worry that the guy next door is mowing his lawn during your session, there might still be clicks and pops on your recording, depending on the physical connection of your wires and how hard you're shredding. Luckily, Audacity's clever Click Removal tool detects sharp anomalies in your waveform and softens them into the track. What you're left with is nothing but smooth guitar .

Once your sound is clean, there's much more you can do to jazz up your song . Fade-ins and fade-outs are as easy to add, and equalizer options let you set your treble and bass levels with fine precision. If you want to mix in a back-beat you made in FL Studio or Cubase, or even another guitar line entirely, just export from your secondary software and import into Audacity. With your new track lined up just right, giving the illusion that it was recorded simultaneously is as easy as mixing it down and applying a subtle reverb on the result.

Transposition is often a challenge in music recording. If you've laid down your guitar line in the key of B but your partner just emailed you a solo he recorded in C, you've got a problem. However, the Change Pitch effect will do exactly what you need, without changing the speed of the song. Options also exist to change the speed without changing pitch, or to change both, which will give you the infamous chipmunk effect. 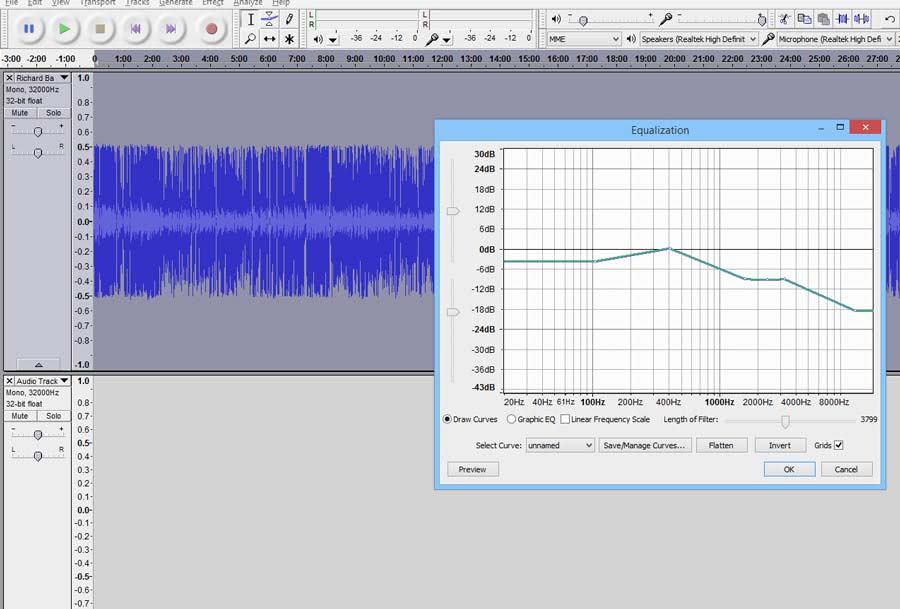 If you don't have a lot of fancy pedals to make your guitar work sound like U2, not all is lost. Audacity comes with familiar tools such as Echo, Tremolo, Reverb, Wahwah, and a truly disorienting Phaser . Since the program is open-source, the community is constantly developing more plug-ins, and if you know what you're looking for, it's hard to imagine that someone hasn't made it available for download.

So you've finished mastering your track and you want to post it to your website. While Audacity doesn't support the licensed MP3 format initially, you can download the LAME Encoder (also free) to give you the import/export capabilities. As always, don't export to MP3 until you're sure you're 100% finished . Editing your file in WAV format will preserve your sound quality, though at the cost of hard disk space. 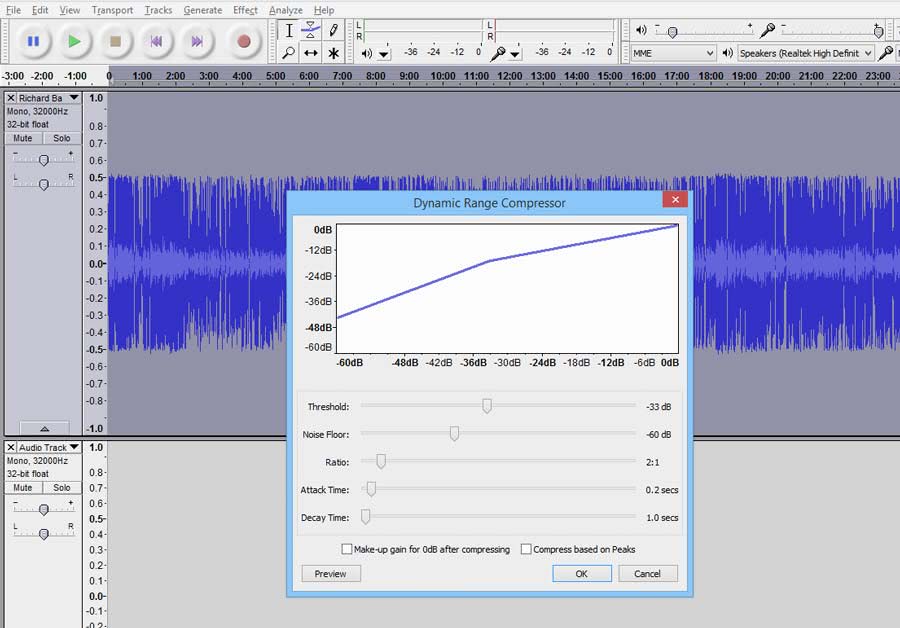 If your basement studio doesn't have the soundproofing it needs, or your amplifier is older than you are, it's likely you'll benefit from knowing your way around Audacity. Beyond its extensive library of effects, its precision editing tools give you the control to cut microseconds out of your song, or, with practice, splice music seamlessly. It's like Photoshop for musicians (or better, Gimp , that is open source as well) – immensely powerful, fun to explore, but not difficult to use if you're just making a few edits here and there. And your songs will sound like you spent money.