In this tutorial, we are going to learn how to play the D major scale on the guitar. No music theory knowledge is required, this lesson is self-contained and will help beginner guitar players understand the structure and the notes contained in the D major scale, one of the most common guitar scales .

The root of the scale (the starting note of our scale), is the note that gives the name to the scale. Then, in case of a C major scale, the root is the C; in case of a D major scale, what's the root? the D , of course. Obviously, there exists a great number of other scales , that have their own structure, but in this lesson we'll focus only on the major scale,

On the diagrams above we have just seen a scale pattern with all the notes on one single string. Even if this pattern is right, it's also inefficient as we have to move our hand up and down the neck the get the note. On the guitar, we have different options, as the same note exists on different strings (unlike the piano keyboard, on which the notes/keys are placed one after the other).

Here below you find the common patterns used to play the D major scale. You have to play the notes inside the yellow boxes.

Here's some important tips for playing the scales in the most effective way: 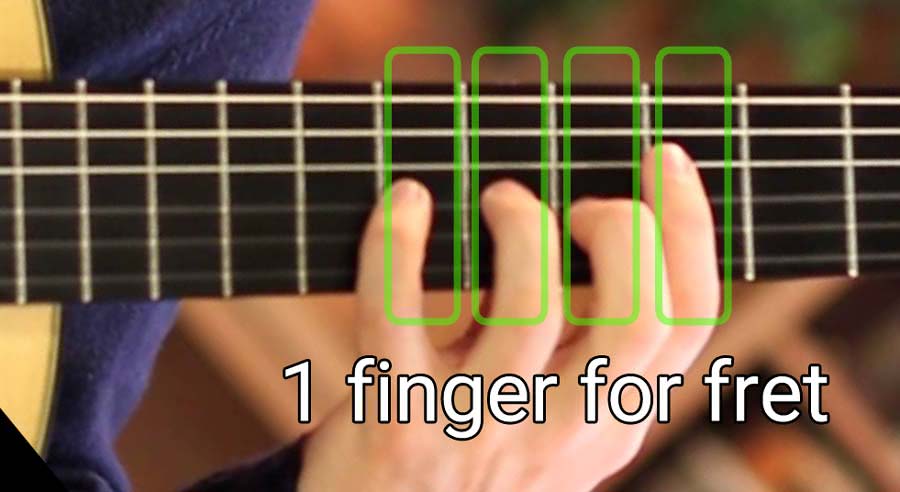 We have just scratched the surface of the marvelous world of guitar scales . There are many things to know if you want to master lead guitar and soloing, but this introduction lesson should have given you the basics for exploring more advanced topics, such as alternate picking , guitar scales exercises for dexterity and speed, arpeggios and so forth. Here are some useful links for your lead guitar learning path, enjoy!

If you have any questions or comments, drop a comment below. Also, if you liked this lessons, if would be great if you share it with your friends. Thanks!