Do your solos sound like a boring, endless scale? Yes? It's time to incorporate arpeggio into your playing. This tutorial is all about guitar arpeggios: what they are, how and why you should learn them.

We are going to throw some music theory your way, and for some that might lead to resistance.

However it will only be about the very basics and it will be over before you know it, kind of like a flu shot!

This tool shows you the most common arpeggio shapes on a virtual guitar fretboard. Feel free to click around and see the patterns on the neck. If something is not clear, please refer to the tutorial here below.

Clic on a button to see the arpeggio fretboard shapes:

What is an arpeggio?

Guitar arpeggios are the same as an arpeggio for other instruments and once you understand the basics, you have a head start on all of music.

And all we will simply do is build off two items you immediately learn as a beginner: scales and chords.

Far too many players shun basic scales and the practice of them. They are the notes, the ABC's of the language we are speaking when playing the guitar.

When you learn scales it is repetitive and boring! Even when you find some new and interesting obscure scale, it still gets boring fast.

And for a quick memory reboot, let's take a look at the basic C major scale. A million songs use the major scale, and it is the first one you learn in class! C major is;

So right now if you play those notes on the guitar you will be playing one of the most common scales. Not exciting, but neither is a foundation of a building.

What you build your guitar playing on is important, give it a sturdy foundation. 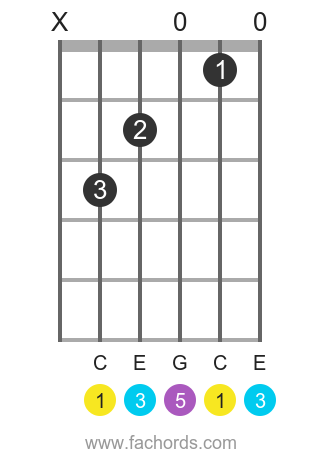 Most guitar students also walked out of their first class knowing basic chords like G, C, and D. Usually the dreaded F isn't brought up too soon.

These chords you first learn are major chords, so it makes sense they are made up of the major scale.

The major chord is made up of the First, Third, and Fifth of the major scale, so a C major would be C, E, and G.

When you play the C major chord on the guitar, even though there are more than three strings playing, they all are made up of the notes C, E, and G.

Depending on what note combo you put together from the scale will make the chord.

We won't advance further in chord building for now, but it really is a simple building process.

And with a little patience it isn't hard to grasp if you take the time!

And now that we are caught up on the chord, we can finally define arpeggio!

An arpeggio is simply a broken chord into a sequence of notes, played one at a time. Pick up your guitar and make any chord you like. Strum it first, now play individual notes at a time: bam, an arpeggio.

An arpeggio has the same notes of a chord, but played singularly.

Now most of the time they are played in repeated patterns, not just random orders.

Which provides a flowing feel to the music, yet with some structure to keep the listener focused.

It is seen in nearly all genres of music. Folk players pick beautiful arpeggio tunes, heavy metal rockers play them with sweep picking at lightning speeds and in jazz guitar you'll find arpeggios all the times.

If you like your music theory then you should dive deep into chords. Especially when you get into the complicated ones, they create some awesome arpeggios.

That and if you learn how to build great chord progressions, they will sound even better arpeggiated!

Arpeggios give their best in guitar solos. Instead of playing scales, play some arpeggios, and notice the difference. We'll get to that later in this tutorial.

The Benefits of Knowing How To Play Arpeggios

That right there is often the main pull of learning arpeggios: making great solos.

And they really help, if you notice playing a major scale as a solo gets boring very fast. By learning some of the guitar arpeggios your solo can allow you to be more structured yet staying in the safe note region with no bad sounds.

Usually beginning guitarists rise to another level once they start including arpeggios in their playing.

And not just by the average listener, a trained guitarist would hear nicely played arpeggios as a sign of true skill!

Because playing arpeggios generated from the chords of the progression you're playing over, gives a feeling of great harmony between the lead and the backing voices.

You can recognize the chord progression just by listening to lead guitar, and this is what distinguishes a great player from an average one.

Moreover, if you know your guitar chord theory, you can over impose other tones to the chord and get new colors and feelings, always in perfect match with the backing chords.

Below we have the most common guitar arpeggio shapes for practicing, but first a little explanation on how they work:

Here we present two basic arpeggio patterns for a major chord (also called major triad), that is composed of the Root, Major Third and Perfect Fifth.

All the patterns shown have root note on the 6th string (lowest E) and 5h string (A).

Minor arpeggios are derived from minor chords (minor triads) that have the Third lowered by one fret, so it's a Minor Third.

Dominant arpeggios are a major chord with a minor seventh. With these arpeggios you can really feel The Blues!

A Major Seventh Arpeggios is a major chord with a major seventh.

Minor Seventh arpeggios are composed of a minor triad and a minor seventh.

These arpeggios are derived from the m7b5 chord, that is composed of the root, minor third, diminished fifth (a perfect fifth lowered by one fret) and minor seventh.

The last arpeggio shape to learn first is the one derived from the Diminished Seventh chord: root, minor third, diminished fifth and diminished seventh. This arpeggio has a unique characteristic: all the tones are equally distant (4 frets)

We can adapt these shapes and extend them horizontally on the fretboard.

We simply repeat the same shape on 3 octaves up, as shown in the diagrams below.

This allows us move up on the fretboard and unlock new positions and variations, and works great with 7th chords, because we simply play 2 notes per string. This way of playing arpeggios is also known as 2 strings arpeggios.

Once you have practiced the basics above try this method of arpeggio out.

Now I'm going to give you some ideas about how to practice your arpeggios.

For this first exercise play an arpeggio shape with a backing chord, and switch the key after 8 bars of playing.

Initially you can move up the frets of the guitar, but try and challenge yourself with moving around to chords that sound great together.

Also a great exercise for ear training! Do this with all the shapes shown above (major arpeggios, minor arpeggios, dominant, m7, etc)

Now play an arpeggio over the following chord progressions. First find where your chords are with the root and start slowly.

Besides using the shapes above you can also still play arpeggios over your basic beginner chords.

That's ok too, just practice playing chords as an arpeggio! 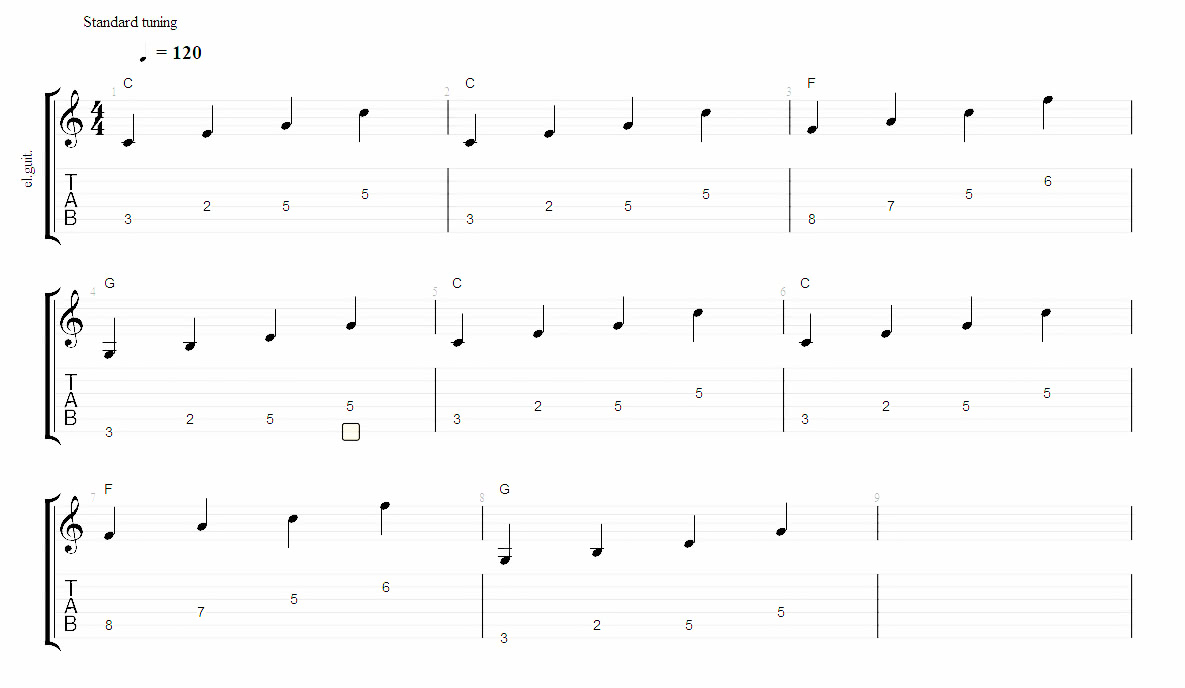 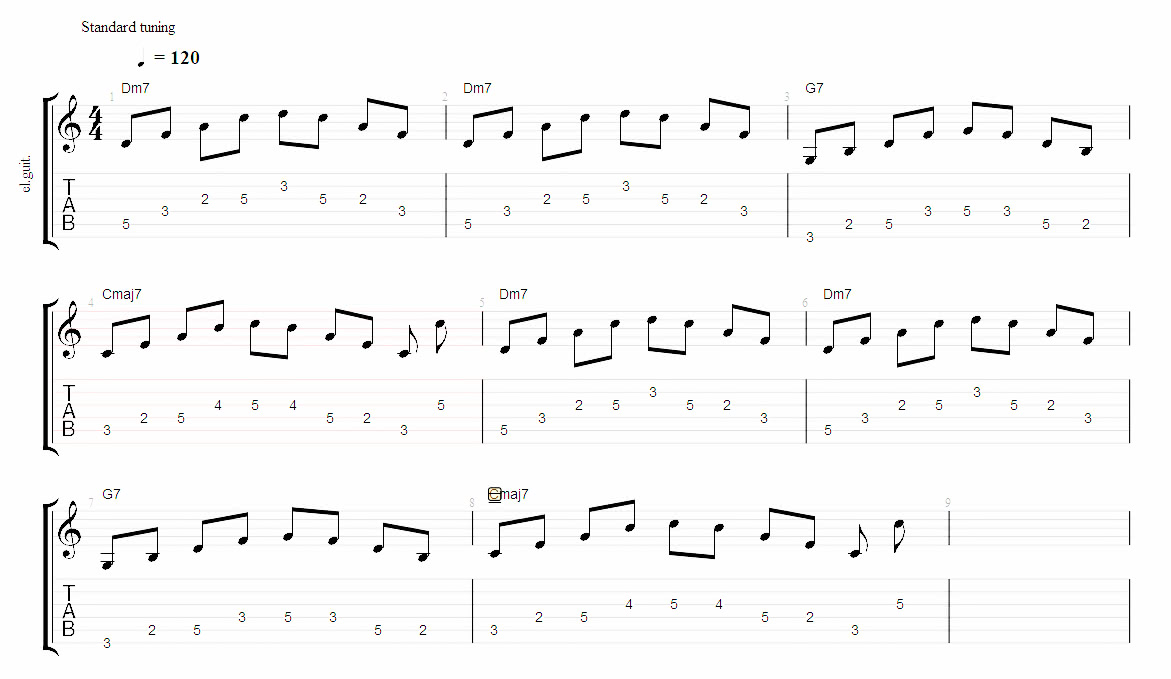 Here are some variations and extensions for all the exercises above

Now the real challenge: switch off the backing track and try to play a solo that recalls the backing chords.
You must feel the chord progression harmony, even if it's silent (gipsy jazz guitarists are master in this skill)
Of course, you'll need to highlight the arpeggio tones to achieve this!

How to add new colors to your arpeggios

Finally, here below we find some other shapes generated by adding a new tone to the basic chord of the arpeggio.

Adding the Second to Arpeggios

Here we've added a Major Second to a Minor Triad. Notice how cool this arpeggio sounds.

Adding the Sixth to Major Arpeggios

This is an extension used often in Gipsy Jazz: adding a Major Sixth to a Major Arpeggio. Here below you find two shapes for this kind of arpeggio. 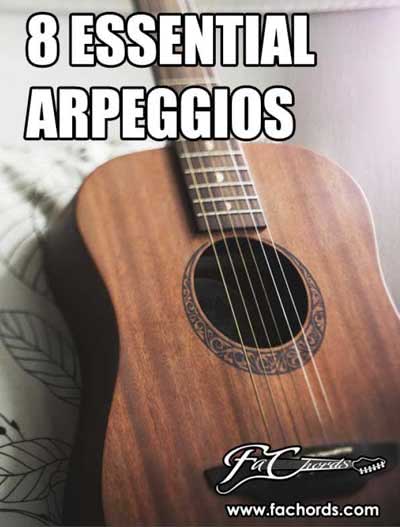 I have created a handy pdf that contains the arpeggio shapes for all the chord types (major, minor, dominant, minor seventh, major seventh, minor seventh flat five, diminished seventh) with root on the 6th and 5th string.

This ends our tutorial on guitar arpeggios. To experiment with chord tones and soloing, use our Chord Progression Generator, a tool that allows you create a chord sequence quickly and see interactively the tones composing the chords on a fretboard diagram.

Every single time you practice guitar, you should work on arpeggios and scales. Play those first few shapes and patterns constantly and get it ingrained in your memory.

And then start adding new notes in, experiment, get wild, and watch your guitar skill grow exponentially! Don't forget to check our other guitar lessons. 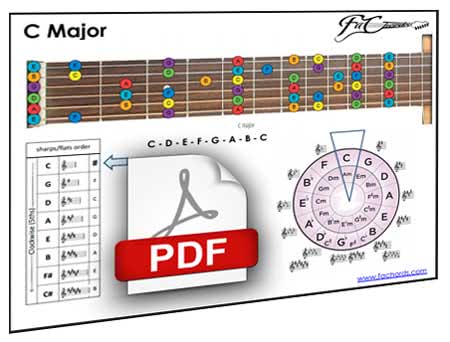 How To Learn Lead Guitar For Beginners

This mega tutorial will give you a thorough understanding of what it takes to become fluid as a solo guitar player and play lead guitar parts, exercises included..