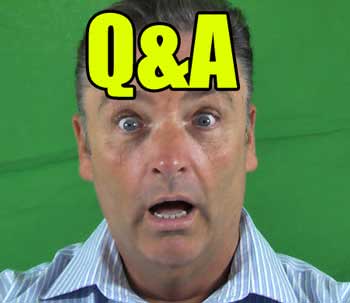 Our Questions & Answers series continues. In this post 11 guitar teachers share their greatest 'aha' moments happened during their guitar studies. It does not matter if you are already a guitar expert or just a beginner, every journey begins with a single step . Don't forget to check out also the other posts of this series ( What is your favorite unusual chord progression? and How do you manage the fretboard? )

'In your guitar learning path,
what is your greatest 'aha' moment?'

It's a tough question, but I'd have to say taking a Diatonic Harmongy class. Like a lot of guitarists, I had worked out a lot of stuff by ear when I first started playing. But the first few weeks of a college theory class felt like having a curtain pulled back: 'So that's how it all fits together!'.

When I discovered the intrinsic connection between chords and scales. For example, how chord shapes can be pulled directly from a scale pattern to harmonise that scale in different ways. This might not sound a big deal, but we're almost conditioned to separate chord and scale playing into a strict rhythm vs lead dichotomy, partly because of how modern music developed and became stylised.

To realise that harmony and melody are both fundamentally a part of the same musical system brings everything together into a coherent statement. In a way, it's observing the conventions of the common practice era that makes you realise there is, in theoretical terms at least, no such separation between what we now distinguish as chords and scales or rhythm and lead guitar, and that this is a very modern distinction. The lesson in this is to study the roots, the basic elements of music, and you will discover what really makes music work and flow.

It's hard to mention a specific aha moment, at least what I can remember. I guess I sometimes must have felt that scales like pentatonic/pentatonic blues explained very much of the method by how you could improvise on guitar without having a great ear that doing the complete job.

Forward Motion applied to modes of the major scale (and later on to modes of melodic minor) as described by pianist Hal Galper. Once I started to find good 'diagonal' guitar fingerings for this, I unlocked an entire realm.

I even created a course about this!

I think when I realised that jazz improvisation was all about learning arpeggios! There is a book by Ted Greene called 'Single Note Soloing vol.2' which was recommended to me by my teacher. It's an amazing book that really opened my eyes to the power of learning and applying arpeggios to all the common chord progressions in jazz. I took the same concept and applied it to my study of Gypsy Jazz.

Trying to comprehend the idea of modes, the concept confused the heck out of me. I knew it was an extremely important musical device, but I just couldn't wrap my head around it.
The original text book I drew from just didn't put it in terms that resonated with my thinking.

I would practice the scale patterns by wrote, visually, but they sounded... weird. So I went to a second textbook to see if I could gain the missing link that made sense of 'modes' and how it all worked.

Same thing - just more muddling about in the mental dark.

Funny thing is, persistence is an amazing thing - no problem can withstand the power of concentrated human thought. The third and final textbook I referred to rang that bell loud and clear.
It was dead simple once all the pieces were in place. One family of notes, one key, with each note in turn acting as a central voice.

Once I made that connection, the fretboard literally exploded in my mind. Anything and everything was musically possible with no limitations.

This was huge, and it taught me a number of very important lessons. First, conceptualizing the idea is more important than it's execution - you can't speak a language if you don't know what the words mean. Second, not everyone absorbs information the same way, there are many different ways of conveying information. Some methods of approach fit the individual's mentality better than others.

These revelations helped me immensely both as a teacher, and as a musician. In fact, the challenge of helping students comprehend any kind of concept in ways that made clear sense to them became one of the most enjoyable and rewarding experiences.

When I realized that just because I new something, doesn't mean that I have to always use it. Using attention grabbing ideas work way better when I use them here and there rather than all the time.

That moment when I realized by approaching notes differently and adding different techniques I could play many styles of music. This also included for me the concept of using all 12 notes no matter what key I was playing in to add more interest and color to my playing. The fingerboard opened up and gave me more freedom to express myself.

There have been so many, but perhaps the biggest one was jamming with a buddy when I was just a beginner. We played an Offspring song together, rhythm and lead. I knew both parts, and could play them along with the recording, so I taught him one part and played the other along with him. It was magic! It was totally different from playing by myself or along with the recording. The music had life in a way I'd never experienced before.

In the world of manufacturing, there's something known as 'the theory of constraints.' It works like this:

Let's say you, me, and your best friend work together, trying to make pizzas as fast as possible. I toss the dough for the crusts, you spoon on the sauce, and your buddy tops it with cheese.

But of course, I can't toss dough nearly as fast as you two can add toppings. Which means...

The only way to improve the performance of the system as a whole is to find and fix the bottleneck.

Nothing else matters. Improving the speed of the sauce & cheese doesn't result in any more pizzas per hour—they're not the bottleneck.

Most people work on what's easiest to address, or what their teachers are most excited to teach, or something they heard their favorite guitarist mention in an interview.

My biggest AHA moment was realizing that you can't make any meaningful improvements to your playing until you've addressed the bottlenecks that are further upstream—sense of time before technique, the names of the notes on the fretboard before theory or sight reading, the ability to visualize chords & changes before digging into scales & modes, and developing the ear before pretty much any of it.

Once you've addressed one bottleneck, by definition you've created a new one that now needs your attention. And it's not always obvious what that is.
Teachers, mentors, and brutally honest friends are a huge help with this. But keep in mind that they likely have blindspots that mirror their own journey, so use your best discretion—what they're recommending to you might not be the right thing to work on next.

Aha moments are the best. I had one when I learned that you could take a scale and play every other note to get chord tones. Example: C major scale, every other note contains the C chord. Furthermore, if you want a progression that works over a scale (like a I-IV-V), you can reuse this technique starting with the 1st, 4th, and 5th note of the scale. In other words, you can harmonize from almost any scale with 7 notes.

Modes... when I finally understood them I was able to put nearly every musical concept I ever learned into that framework. I still tend to "think modal" most of the time.

Did you have some great 'aha' moments in your guitar adventures? Share them in the comments section below!

The other Questions & Answer of this series: