In this tutorial, I want to share some ideas about dyads, two notes played together.

Unless chords, that are composed of three or more notes, dyads are small fragments that you can include in your lead phrasing to enrich it harmonically.

Another name, actually more common, for dyads is double stop; in this tutorial we'll use the term dyad, but feel free to swap it with "double stop".

Please have a look at the demonstration video below, and keep reading for more details.

How To Play Dyads

Let's have a look at the scale I used in the video, the F Mixolydian scale:

If we harmonize this scale, by stacking third intervals on the top of each note (here you find a complete tutorial on how create chords from scales) we get the following chords:

If we keep only the root and the third of these chords, dropping the fifths, we obtain "two notes chords", or dyads, composed of major or minor intervals.

Play With Dyads - The Basic Idea

The idea is, instead of playing single notes, is to play the correspondent dyad.

So, for example, on the root, F, we play F and A, which is a major third and thus creates a major sound.

On C, we play also Eb, which is a minor third, so we have a minor chord, and so forth.

In the video above, the section Riff 1 shows you how to move up and down a scale by playing diads.

You'll notice that I play the scale horizontally, on one single string. The only difficulty is to switch major and minor dyads as needed.

The Main Types of Dyads on Adjacent Strings

So far we talked about minor and major dyads, but we can also use fourth intervals, fifths intervals (the power chord!), even diminished fifths: 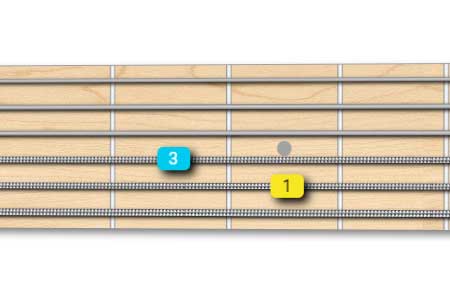 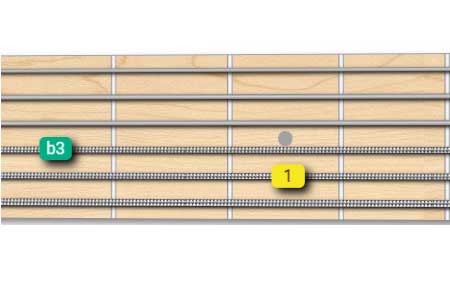 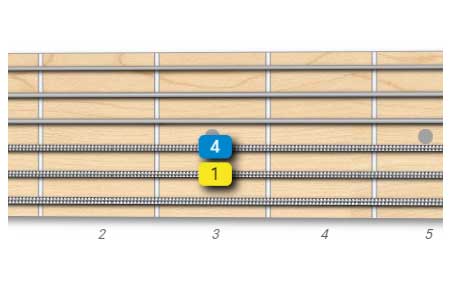 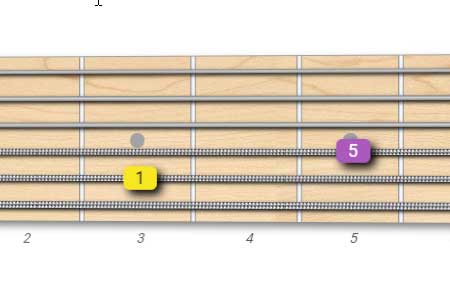 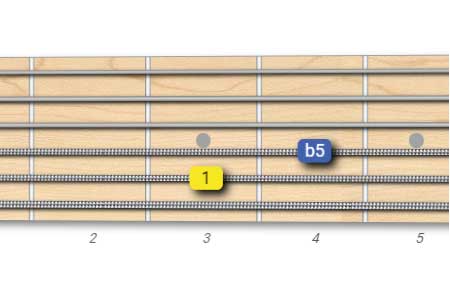 "Riff 2" part of the demonstration video shows you how to use all these kinds of dyads to conceive something more interesting and dynamic. In particular, the use of the diminished fifth introduces tensions that resolve in a pleasant way on the major third.

Where To Go From Here

We have only scratched the surface of the options that dyads could introduce in your phrasing.

Here are some more suggestion for experimenting:

That's all for today, if you want to stay updated on new learning material don't forget to subscribe here.