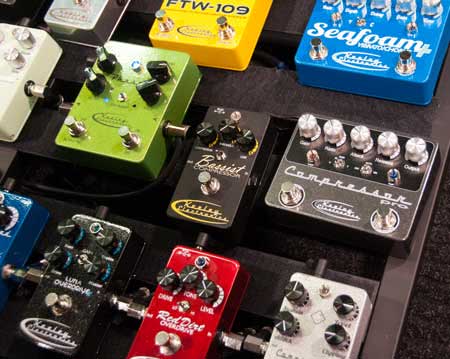 One of the best ways to expand and evolve your guitar playing is with effects pedals . Of course your technique, knowledge of chords , scales , song, and solo memory are essential, but guitar pedals will bring a whole new dimension to the guitar. In this day in age it is no longer essential to just have an electric guitar for pedals , many acoustics also have an electric jack, and there are many pickups that you can just add to a regular acoustic guitar (a pickup takes the acoustic analog signals and converts them to an electric signal).

Speaking of analog, most pedals have always been analog, but in the past 15 years more pedals and effects are offered digitally . Now there are some purists out there who claim analog is the only way to go, but honestly I have apps on my iPad that provide digital pedals. They sound just as great and are much more affordable.

Whether you are using analog or digital effects the process is the same. The line plugged into your guitar will often first go into an effects pedal (or multiple effects pedals) and then the signal is fed into the amp. The order you put your pedals in can greatly effect the sound you get, and there is always room for experimentation .

For this article we are going to use analog examples, but it is fine if you decide to buy digital effects. In fact, if you have an iPad or other tablet you can try IK Multimedia’s Amplitube , Yonac's ToneStack , or PositiveGrid's Jamup ... I personally own all these apps and they are great for the price. 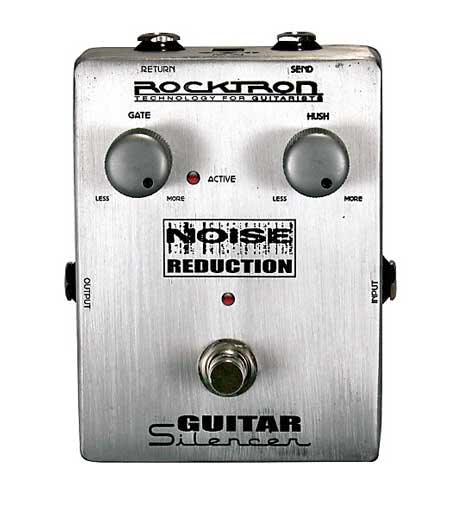 This doesn’t provide much of a boosting effect however it is essential to many pedal lineups. Noise Gates attenuate sound below a certain threshold. They help cut out static, hums, hisses, and other background noise. One must be careful in how the Noise gate is set, if you turn it up to high it will begin to cut out important sounds that you may want in the recording. Sometimes the Noise Gate will be turned up high to create a specific effect. Like in the Phil Collins song “ In The Air Tonight ”, they use a Noise gate to cut the decaying signal from the drums , giving it that unique sound in the beginning. Used normally a Noise Gate pedal can really help clean your final sound and recording up. 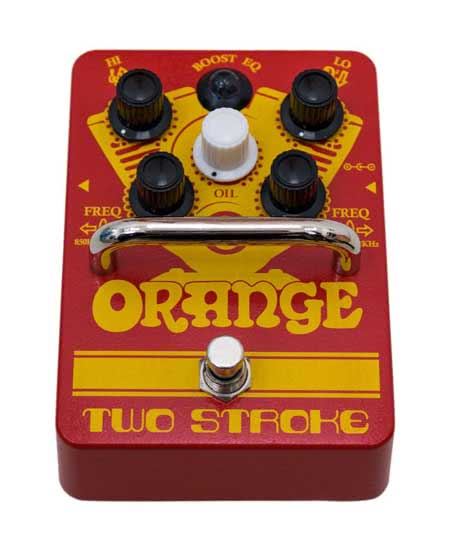 Boost pedals simply boost the audio signal coming out of your guitar with no added processing. And EQ pedals help you shape the same tone of the signal leaving your guitar. Just in case you want to adjust the highs and lows of the signal you are playing. Like the Noise Gate they really do not alter your signal too much, however they are essential pedals for shaping your end sound. 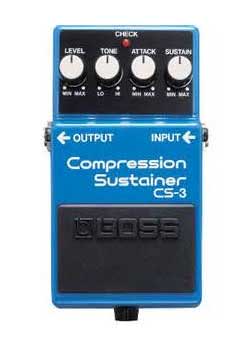 Compressors attenuate sound above and below a certain threshold , they have a tendency of leveling out your signal. This can help even out the flow of your guitar signal and add more sustain. Compressors often create noise so a Noise Gate will be used after the compressor pedal. 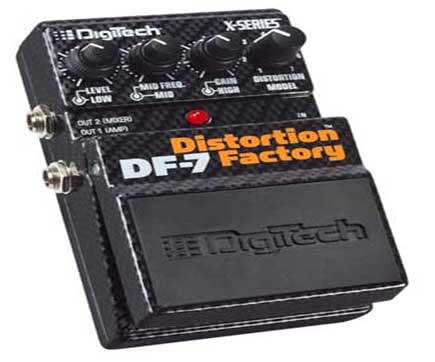 These three pedals all have similar outcomes and they all are used for distorting the sound of your guitar. Overdrive is used for light distortion , like for electric blues guitar, while the Distortion pedal can be used for a heavier metal sound . Some distortion pedals are very intense, in fact so much that it can create an insanely distorted sound that some listeners really aren’t comfortable with. 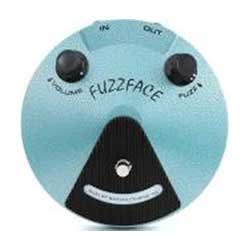 The Fuzz pedal is used to create old school distortion. Back when electric guitar effects were first being used, guitar players would poke holes in their amps, blow out their speakers, or rewire their hardware to get a distorted sound. The Fuzz pedal emulates this original sound and was commonly used by Jimi Hendrix .

Delays are created by recording the input signal of the guitar and then playing it back, originally done by using old reel to reel magnetic tapes to create an echo effect. Depending on how short or long the tape was would determine how long the delay would last. Originally sold as tape echo machines now analog and digital pedals will create the same echo and delay effect. 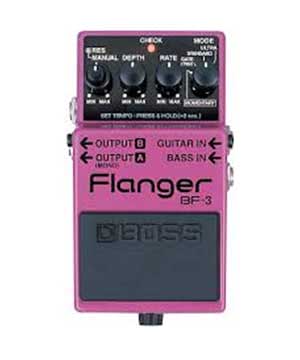 Chorus pedals will take a signal, copy it and add a very slight delay and altered tuning to make it sound like more than one guitar. The tuning and delay are so slight that to the ear it sounds like nearly the same pitch, however it will add depth and a dreamy quality to your sound . Chorus pedals are come of my favorites! 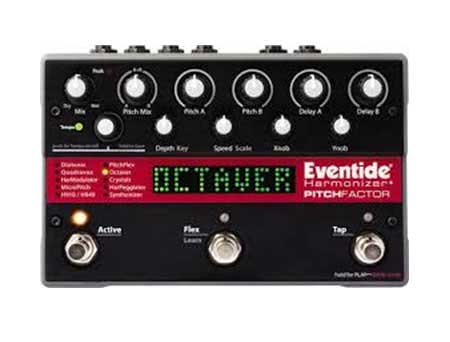 The Octaver raises or lowers a pitch by one octave , this will give your guitar signal a broader and richer sound. While the Harmonizer enriches the sound of your guitar by adding more overtones to create a harmony , it doesn’t just add one octave it will add whatever intervals you set it too. Both of these pedals work by shifting the pitch of your original signal , and in some cases mixing with it also.

These days we also use pitch shifting for Auto Tuned songs , which is commonly used by singers to correct wrong notes. (Some people love the sound and effects of auto tuning, while others have a fierce hate for it! You could spend hours googling the “real” voices of many famous singers!))

In music tremolo is a trembling effect either created by hand , by playing the string quickly back and forth, or it can be created with a pedal effect. The audio signal is modulated (turned on and off electronically) to give it a shuddering sound. It can at times create a sound similar to flanging depending on how it is used. 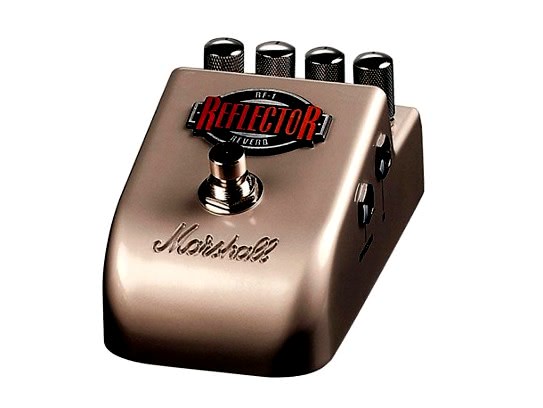 This is one of the most common effects, often built into amps themselves. Reverb adds depth to your guitar playing and is “ the persistence of a sound after it is produced ”. If you have ever been in a long stairwell and sang out loud, that cavernous sound you hear is reverb. Some spaces create amazing reverb and many guitar effects pedals try to emulate these various reverbs the best they can.

Plate reverbs use sheet metal to sustain the sound , spring reverbs use folded coil springs, and convolution reverbs use pre recorded sounds to mimic specific locational reverbs. Say you really like the reverb in that long stairwell you were in, it is possible to record it and digitally use it later to replicate that same sound!

Once you have started experimenting with pedals you will find many examples of different orders to use them in, however nothing is set in stone. This is why I advocate using digital effects on your computer or tablet . To go out and buy all these analog pedals would cost a fortune , but with a simple app or digital software you can experiment with pedal effects until your heart is content.

I love plugging my guitar into my iPad and using Amplitube or ToneStack to experiment with a myriad of guitar effects. At the end of the day it is all about creating great music , and guitar effects pedals can make your simple guitar into a shimmering, echoing, overdriven, and dreamy sound machine!

A guitar pedal looper is an incredible device. Basically, it allows you to record and stack one on the top of the other a series of musical framents. By creating these musical layers, you can experiment new ideas, create new songs, practice over chords, and so forth. Check our complete tutorial on guitar pedal looper here