Get Your Practice To The Next Level With a Guitar Looper

Having fun with a Ditto X2 Guitar Looper Pedal

In this tutorial, we're going to see why and how to use a guitar looper pedal for enhancing our guitar practice . It's a device that can bring a lot of fun and new ideas in our playing, so check it out!

Ever since the beginning of recorded music we have been experimenting with and building on the finished product. While recording albums on tape machines producers figured out by running the sound back into the machine , it created a delay.

The longer the distance between the playback and recording head the greater the musical delay. Even better, musicians eventually discovered that if they spliced the tape together , they could play it in a loop. 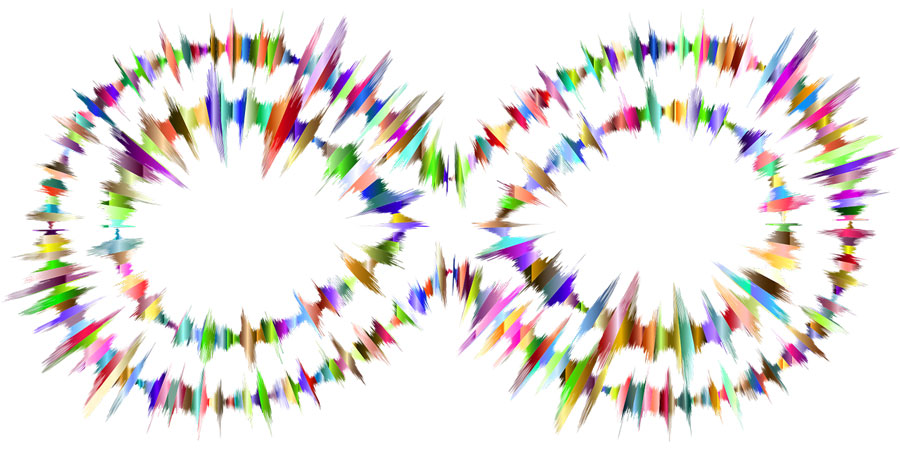 Like dub music from Jamaica, The Beatles Revolution #9, and a multitude of 60’s experimental tape loop musicians (none that famous but all worth checking out, as they are hidden musical gems).

This original tape looping was labor-intensive with splicing tape and making copies, a much different world than we have now. Of course, you can still find reel to reel machines for experiments. There is also a number of videos online on how to make a cassette tape loop, which can be used for ambient music. Another major change that came with recording was being able to play multiple tracks yourself.

No longer was a band needed to record a song all at once. Once we started recording digitally it became a whole lot easier to do more with looping and recording our music. And it is good that the technology of looping has changed, as it has also led to live looping, a whole new performance genre.

In fact, a tape or digital looper is an instrument in its own right just like a synthesizer or drum machine is. In this article, we will focus on guitars with loopers, but they can clearly be used with any other noisemaker, including your own voice .

By all means, as you play guitar with your looper don’t forget to layer it with vocals and any other fitting sound effects. While there are many different kinds of loopers, they all will mostly have the same instruction and outcomes.

If you don’t have the money to buy hardware you can likely find apps and software for your phone, tablet, or computer. iPhones and iPads have some great looping apps.

How a Looper Pedal Works

A loop is a recorded musical passage that is repeated. You practice playing your riff or chord progression and then press on the button and it starts recording. When finished you stop it by pressing again and it begins looping.

After this, you can overdub more passages and they will all play together. Most loopers will allow added effects to these recorded passages, like playing in reverse, or at different speeds.

It sounds like a super simple concept, and it really is. However, like most musical instruments the looper takes a lot of practice and dedication . The ability to perfectly time the turning on and off of the looper is what makes a great looping performance.

It can take a lot of time to get really good at the process of looping. That is one problem with looping apps is you need a midi controller to act as a stompbox. As your hands need to be free to play while your foot turns the recording on or off.

Guthrie Govan, the guitar virtuoso, uses a guitar looper in many of his masterclasses, to quickly communicate ideas and allowing a better understanding to the audience ; have a look at the video below, he is a master in assembling musical layers that actually are real songs!

A Looper for Rhythm

Some loopers do quantize the recording for you, which means they alter the passage to fit the time better. Drum machines will often do this to kind of help speed the process of creation up and not have to be on perfect timing.

It is true though that even with quantizing you still have to get every beat pretty darn close. A looper really forces you to learn rhythm . Without rhythm, a loop pedal is not going to work out that great.

The first suggestion regarding guitar looper pedals is to use a simple model , that does not quantize the recording, so you're be forced to improve your sense of rhythm . Here below in the article, we'll talk about the Ditto X2 model.

Keep practicing with your looper and you will get much better at timing and just simply feeling the music (which is not easy to describe to a beginning player).

A Looper for Practice

One of the most obvious uses of the looper is for practice . Imagine being able to play your own chord progressions and then you will be in solo heaven. It is also a great way to get feedback on whether your chord progressions are sounding as nice as you think they are.

The ideas for practice are endless with layers of melodies and harmonies:

A Looper as a Fellow Musician

You may have also wanted to play in a band, perhaps you are too far away from other musicians. Well with a looper you can practice playing with multiple other players.

As we mentioned before other instruments can be used such as bass, keys, vocals. You may not be playing in a band now, but one day if the opportunity comes available you will be ready!

A Looper as a Song Creation Tool

Just as original tape loops were used to make music, so can a modern-day looper. With just your guitar alone you can create entire soundscapes . Textured compositions for ambient, horrorcore, fantasy, or droning sludge metal.

Or you can go completely the opposite route and create popular pop ditty’s like Ed Sheeran . Of course the more detailed and amazing you want to get the much pricier loopers will be.

So often loopers start out as practice tools and then one day the right riff or progression is recorded and from there it becomes another instrument in your music toolbox.

A Looper for Performing

After creating your own original songs, building a band entirely of yourself, and honing your guitar skills a looper can also be used on stage. Of course by this point you will have great looping ability and likely a quality machine and loop pedal to use on stage.

It requires a great deal of rehearsing to make sure you hit all cues at exact times and you also need to know how to fix mistakes in a hurry… less they be repeated again and again!

Ditto Looper X2 | How To Use It 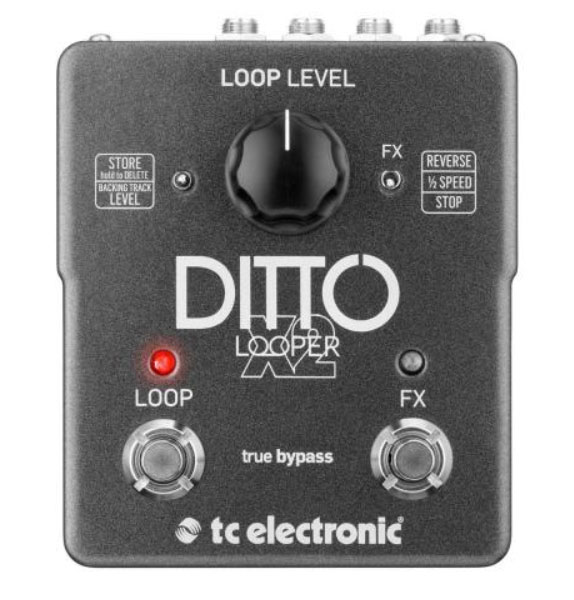 I recently picked up a Ditto 2 by TC Electronics and figured this loop pedal would be a great one to describe the exact process of creating your own song to practice too.

It is a less complicated pedal than some others out there, in fact it is very easy to use and provides great results.

Warning: the box does not include a power supply, you have to buy it separately. Be sure to buy a power supply with the correct polarity, as shown in the picture below: 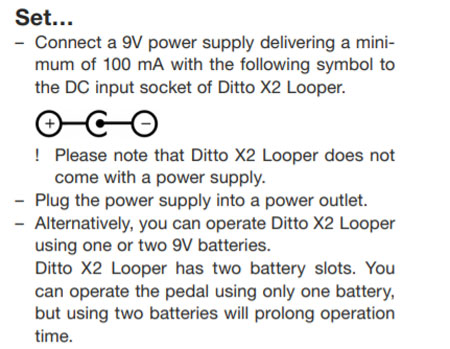 After plugging the pedal in you simply press on the loop button and it starts recording. Press the switch again to enter playback mode.

Here some quick instructions to get you up and running:

The pedal has 2 main footswitches, LOOP (on the left) and FX (on the right)

For complete references, here you find the instructions in pdf

Remember when beginning, to practice playing in play mode until you are ready to record. The other button on the Ditto 2 is for effects on the recorded loop passage. These effects can create awesome worlds built all-around your simple recording.

For your first recording keep it very simple to play: a simple G-D progression, time it just right. Over this loop start playing low bass notes of the simple G major scale. On top of these two tracks overdub a treble and high pitched melody line. Try moving different steps up from the G scale to find some interesting harmonies.

Guitar pedals loop take some time to master them, here are some tips that might be helpful:

Here's a great video by Justinguitar about guitar looper pedals:

Really the hardest part is often getting the timing and pedal stomping right. Once you have that down you can rely on good old fashioned improvisation and creativity to take you to the next step. You will then begin to learn exactly how cool of an instrument a looper really is! Happy Looping!

To stay updated on new tutorials and to get our free guitar ebooks and reference pdfs, subscribe here (100% free)