In this article we are going to take another look at a specific genre, but through the eyes of one style defining song. We will break down the specific elements of that song so you can play it and maybe even emulate it in your future riffs.

And when it comes to funk guitar one of the best examples is "Tell Me Something Good" by Rufus and Chaka Khan.

The Musical Structure of "Tell Me Something Good"

If this song has a familiar vibe, it's not for any Superstitious reasons, it's because it was written by Stevie Wonder. The musical giveaway is the gritty clavinet like sound, syncopation, and the musical scales used.

Stevie Wonder and other soul and funk artists would often use the Dorian mode and it is on full display in "Tell Me Something Good."

The song is in the key of Ab and literally descends a Dorian mode scale from the start with; Ab Gb Fdim Ebm Db Cb Bbm and into Ab again. Remember in Dorian we flatten the 3rd and 7th scale degree giving us a Cb and Gb.

After descending with these chords it riffs on the Gb9 to the Gb13 before repeating.

Extended chords like 9ths and 13ths are hallmarks of a funky riff.

The chorus uses these same chords but in a new structure, making it a rather simple song with no major changes. When you add this simplicity with the syncopation of bass with a wah pedal, the funky clavinet, and the perfectly timed 16th notes of the drummer it all makes for a groovy and danceable song.

The Guitar Chords and Rhythm

This song is a great exercise in barre chords as it starts on the Ab, and we use the A barre shape all the way at the 11th fret. Next we move down two frets and use the same shape for the Gb. We then move back one fret to the Fm and then two back to the Ebm. 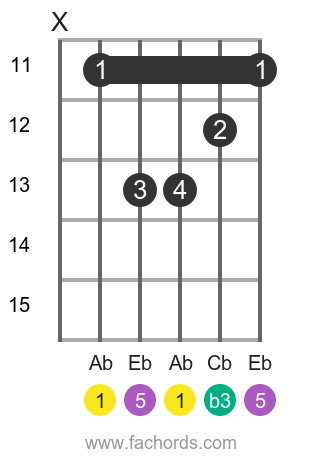 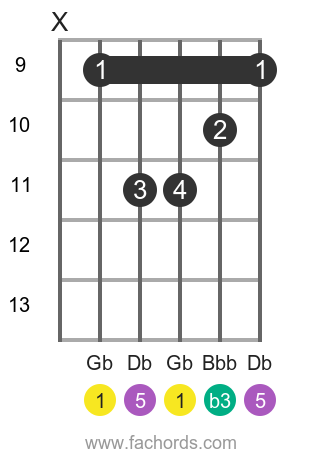 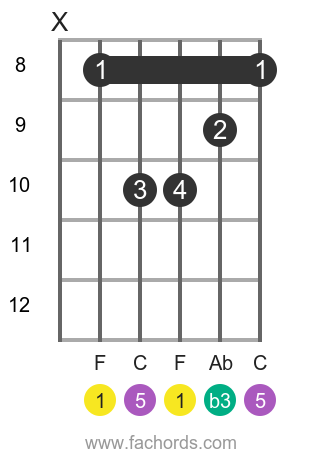 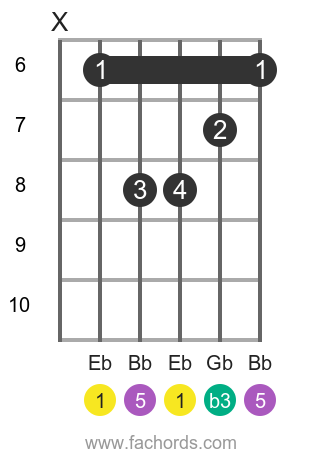 We then jump up to our Db major on the 9th fret (using the E barre chord shape) and then down to B (Cb) major, to Bb minor and ending up on Ab again at the fourth fret. 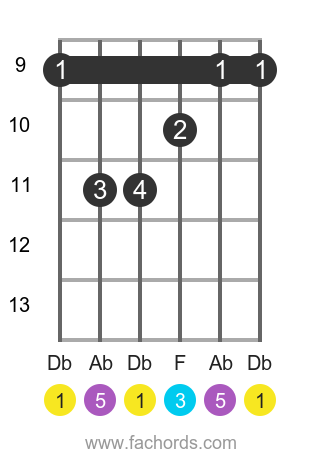 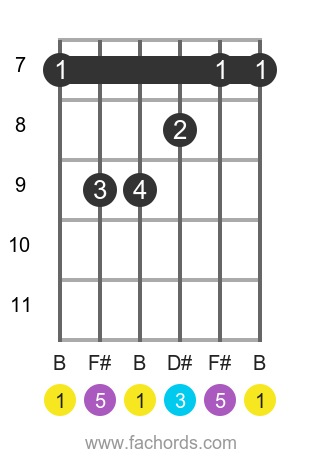 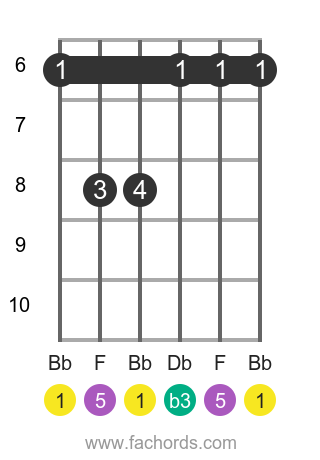 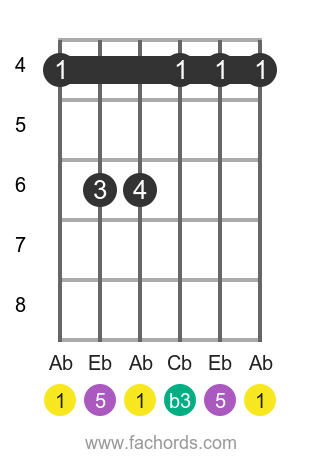 After descending this Dorian scale we then jump back to a Gb9 where we riff on the 9th and then use our pinky finger to hit the 13th, giving it the funk.

Into the chorus we ascend with the chords Bbm on the 1st fret and going up with Cm, and to Db major where we play a bass note riff up the fretboard of Db-D-Eb-E-F-Gb-G and back down to the Ab major chord on the fourth fret.

Here we give the Ab a muted strum before breaking into the chorus.

The chorus is much simpler with an Ab major up the Fm7 on the 8th fret and then the Bbm7 on the 6th and then an Eb9 on the 5th fret. From here we bend on the notes Db and F on the 6th fret then to the notes B and Eb on the fourth fret, to get that signature riff at the end of the chorus line.

As you get the chords down for the song you can start adding in more fills from the Ab Dorian scale.

Another reason this funk classic is great for guitar players is that it will challenge your rhythm and syncopation. The song itself starts on the "and" beat before the actual first downbeat.

This offbeat style is what helps give the song its very distinct funky rhythm. Even if you are playing alone you want to focus your strumming on this offbeat aspect.

Your chords will often be played in staccato styles as funk gets part of its syncopation from the brief strums up and down the fretboard.

When you add in the extra flair parts like the movement from the 9th to the 13th you also want to make sure these are done succinctly and in the groove.

Unlike heavy metal it's not all about the speed, you want each note to add to the swing of the whole piece.

Of course this song can be played as a stripped-down acoustic guitar version if you like, but the funk is helped with technology. Besides the normal amount of blues overdrive and fuzz it is also helpful to have a wah pedal to help simulate the added movements to the notes.

The wah pedal helps you put a beat to the notes you are playing. It is like staccato on top of staccato for the ultimate funk effect!

This song was also one of the first to use the Talk Box of the day, like what Peter Frampton uses in most of his 1970's hits. This pedal has a tube that you talk into and then it mixes your vocal signal with your guitar signal.

If you do not wish to get an original Talk Box they make many modern pedals and Vocoders that do the same thing. Just be sure to keep the tube clean!

The Vocals Sell the Song

We have focused a lot on how the guitar chords, bass, and drum rhythm all create a strong and danceable syncopation, but we cannot forget the main aspect that made the song so popular and won it a Grammy Award!

Chaka Khan uses no wah pedals or Talk Boxes to create a soulful and funky voice over the instrumentation. Her singing against the music is a constant push and pull of musical tension and release.

Of course it was written in the middle of the 1970's so it is no surprise this hit has lyrics laced with love and sexual empowerment. It is not just a perfect musical example of funk, but of the culture surrounding it.

Besides some offbeat rhythms and barre chords this is a simple song. The funk band Rufus, Chaka Khan, and Stevie Wonder used a basic Dorian riff to create an incredibly memorable song that has been sampled many times over.

If you want to dive deeper into funk and even more complicated chords, Steve Wonder is a great artist to study.

Since many of his compositions are on a keyboard it can be a little tricky playing them on guitar, which is always great practice!

But in general all funk bands and their songs make for great guitar fretboard, strumming, and syncopation study.