The Best Funk Chord Progressions And How to Play Them! 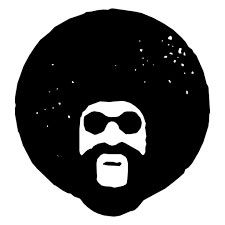 If we want to find the best chord progressions for funk music, we first need to look at its roots. In funk music you will find jazz, blues, boogie woogie, soul and more; and by mixing all those pieces and techniques you can write an incredibly funky song on your guitar!

Of course, many of the best funk chord progressions are also suitable for other genres of music. So, we will also include some pointers to make those chord sequences stand out when compared with other music styles.

Basically, we will show you how to make the funk, funky!

The main aspect of funk is the groove and that can be broken down based on the notes and how they are played. Rock n roll is often made of 8th notes while funk starts adding in 16th notes.

Of course, not every note is going to be a 16th, but those added with some syncopation will get you a funky rhythm.

In a funk song you treat every instrument as a part of the rhythm section, and that includes the guitar player. Even the vocalist often grunts and woo's to add to the groove, just listen to any James Brown song.

So, the chords you play will be just as important as how you play them, as you will see with lots of fast up and down staccato strums.

Barre chords are often used, like in Tell Me Something Good by by Rufus and Chaka Khan.

What are the best chord progressions for funk?

Note: the following chord progressions are denoted with Nashville and Roman Numbers, and they use chord triads on the upper strings.

In funk, the fullness of sound comes from guitar, bass, drums, brass and strings together. That's the reason why funk guitar chords sound thin alone.

The basic rock and 12-bar blues progressions work just as well in funk music. James Brown often used the 1-4-5 in songs like "Papa's Got a Brand New Bag" and "Living in America" and "I Feel Good"

It is also common to see funk songs with the minor i-iv-v, or some variation of that. "Jungle Boogie" uses minor chords, and "Super Freak" uses a Isus2-v-iv. You can write a whole funk album with the 1-4-5 if you add in some minor chords and more voicing (see the next part).

Sometimes the V isn't even necessary! By simply making the tonic a minor and playing it with the IV, we have a ton of funk potential like in "Flashlight" and "Chameleon".

One of the original creators of funk, Sly Stone, simply used a I-v for the song "Thank You".

This is a common progression in rock songs, but with added notes we get songs like "Give Up the Funk" and "Kiss". And "Low Rider" reverses the order with I-bVII-IV. While Curtis Mayfield uses it with the V in the song "Pusherman". And in the theme from "Shaft" the intro is simply a I-vii, a minor is used for the seventh degree instead of the flat. "It's Your Thing" uses the I-bVII-IV but with a vi minor chord added. This progression with slight variations is quite funky.

The chords that make up the axis of awesome (I-V-vi-IV) and the Doo wop progression (I-vi-IV-V) are also common in funk. "Brick House" uses a similar chord progression except it substitutes maj7 and m7 chords. Or we can take out the IV and get a I-vi-V like "Genius of Love". One more removal of the V can give us a vi-I progression like "Give It Away".

This ebook will provide an answer to the most common doubts of lead guitar players. For each chord type, you'll find the scales that better fit with it. Learn More Here

Funk uses similar chord voicings as the genres it was built on. The 7th is common like in jazz and the blues, but with funk we move up with more extended chords. Like boogie woogie music you will also see 6th and 9th chords, both as major and minor. It is a common joke that E9 is the only funk chord you need, which is kind of true ("Play That Funky Music" riffs on E9 a lot).

On occasion you will also see 13th chords! In general, you will be experimenting with a lot of voicings, that way you can turn a simple I-IV-V of E-A-B into E9-A7-B7. That simple chord sequence gets a lot funkier with 7th and 9th chords. And don't forget your sus chords, Prince used an E9sus4 in his song "Kiss" (the chord right before he says the word kiss).

In the song "Superstition" Stevie Wonder used some 9b5 chords. And the "Jimi Hendrix" or "gretty" chord 7#9 is also used in funk. Complicated chords like that make an appearance, but you will mostly see 9ths and m7ths.

We use the same chord progressions as above, but with the added notes. However, you will not always be playing all the notes of the chord. You will often be focusing on the treble strings of the guitar.

Here are a couple examples of what the funk guitar parts look like in sheet music and tabs.

As mentioned, funk is more than just the chords used, almost any genre could use the above chord progressions. But to make it funky we must work on other guitar techniques.

Being efficient at string muting is essential, sometimes half of your strums in a song can be muted. This muting effect adds to the groove and the rhythm. Otherwise, when the strings are played they are often done in a staccato style. This means each note is played distinctly and separate from the others, at times this fast strum can have a scratch like sound. Which further adds to the groove!

Don't forget that funk is made up of 16th notes, so your muted and regular strums will often be counted as 1 ee and ah. Again, not all your notes are this length, but they need added in to get the right funky feeling.

In general, we want our sound to be clean so we can hear all the chord voicings. However, we will still want some overdrive, compression, and even a little fuzz or distortion for some added depth. The real funk effects are in the wah-wah pedal, or any device that helps you bend notes. The pedal doesn't just change the note, it also can be used to add rhythmic qualities.

Basically, any guitar pedal that allows you to add more harmony and get a groove going will be perfect for funk.

The secret to funk, and really all jazz-oriented music, is syncopation. This is what causes a song to make you want to dance and move, it is also known as swing. And playing syncopated rhythms is just something you must practice on. You want to play in time, but not quite perfectly, it is not an easy concept for some.

If you find you have trouble getting the groove the best thing to do is simply learn to play these songs mentioned so far and any other funk tunes. Once you can copy the groove of another funk song it will make it easier to take a chord progression and swing it yourself. You just gotta feel it!

Here are a few different time signatures to try some funky grooves over. Stick to a simple progression like Cm7-F or another easy one and see what kind of funky strums you can come up with.

The most important aspect to remember is that funk music isn't just about the chord progression used. It is a mix of extended chords, strums, syncopation, and most of all a feeling. It doesn't require intense guitar technique practice like heavy metal speed scales, but it does take time to find that proper vibe...the funk won't just fall from the sky!