Rockabilly is one of the many great styles of music that has evolved from blues and country . Over the years boogie woogie basslines, western swing, honky tonk, and a variety of rhythm and blues based sounds morphed into the rockabilly genre . It is one of the earlier sounds to lay claim to original rock and roll , and creating many of the first rock idols.

Rockabilly even inspired the next generation of rock royalty; when they first met John Lennon was quite impressed that Paul McCartney knew all the chords and words to the Eddie Cochran song Twenty Flight Rock . Just try and listen to "Twenty Flight Rock" without tapping your foot, snapping your finger, or outright dancing! 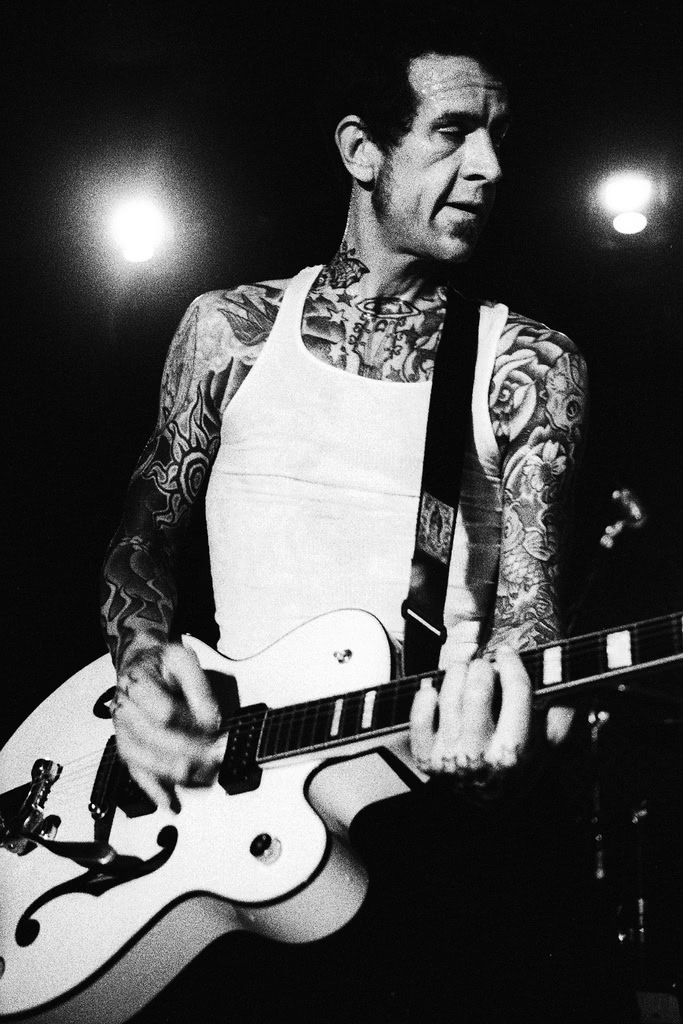 The early days of rockabilly were centered around Memphis and Sun Records where Sam Phillips produced artists like Carl Perkins, Johnny Cash, and of course Elvis Presley. When Elvis recorded That's Alright Mama one hot July night in Memphis he brought the genre to greater public attention.

Later Blue Suede Shoes was one of the first major-selling rockabilly songs; the song was inspired by Johnny Cash , written by Carl Perkins, and in a later version sung by Elvis! These men along with others like Gene Vincent, Bill Flagg , Charlie Rich and many more were paving the way for a new sound called rock n roll. And men weren't the only ones jumping on the rockabilly sound, Wanda Jackson the Queen of rockabilly , shows how important strong vocals are in the genre.

A powerful vocal performance is one of the many defining sounds of rockabilly. Often an upright bass is used with a slap bass technique , and of course plenty of fast and catchy guitar licks. One of the key components of the rockabilly guitar technique is specific use of Travis picking for the rhythm.

This style of picking uses the thumb to pick the bass strings on the beat, while the other fingers pick the higher strings on the offbeat. Sometimes rockabilly players aren't exact with their Travis picking, you can learn the gist of the technique with these Travis Picking free lessons

When we play rockabilly on a guitar it is important to play fast and grab the listener's attention. This is why a large focus is on intro and outro guitar licks. There are quite a few famous intro lines that are easy and fun to learn. Once we get past the intro the rest of the piece is often repeated riffs with a few flourishes here and there. The scales used are minor pentatonic and blues , nothing too complicated.

Remember rockabilly wasn't just about the music, it was a style , a look, and was and is still cool. That is the feeling you want to express when playing this genre on your guitar. It may seem a little intimidating at first, but after some time practicing with Travis picking the rhythm guitar for this genre will start to get easier. One of the hardest parts about rockabilly is just getting the "feel"  and syncopation of the rhythm down , the more you listen to rockabilly the easier this will be. 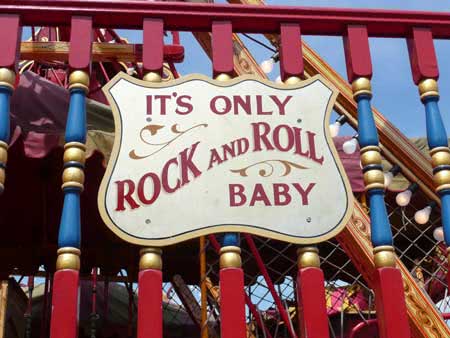 Rockabilly was a shared passion among many musicians in its early days because of its musical simplicity. Most songs revolved around three chord changes and new licks were shared with excitement by guitar players. This was one of the first times in history when it became possible for budding musicians to truly emulate these new musical heroes. Think about it; jazz, big band, classical, a lot of music wasn't always within reach of a young musician.

By the mid 50's guitars were being mass produced and this new form of rock n roll wasn't to difficult to play. The best way to learn rockabilly is the same as it once was, by sharing and learning new licks . It is a genre of music that is easy to mix and match intros, riffs, and rhythms. Often learning straight from tabs isn't easy, so make sure to watch plenty of videos and listen to a lot of old records to get the technique and style right.

Of course you can play rockabilly on an acoustic guitar, but the true sound of the genre is most prominent on an electric with the right effects. If you are learning on an electric guitar, then you may want to get some digital apps or analog pedals . Whether you use software or hardware there are a couple key components to rockabilly effects.

The number one effect is tape echo, just a little, present on nearly every rockabilly recording. The tape echo they used in the 50's was known as slap back delay and this video shows how they first came up with this sound. Of course you don't need to buy a reel to reel recorder (although I have one and I highly recommend it, if you are an audiophile!) there are many delay pedals and apps that allow for this necessary tape echo.

Another important aspect was the right guitar amp, but many of us do not have the money to buy all original gear from the 50's so we have to find modern equipment. If you use computer or iPad apps and software most companies like Amplitube, ToneStack, Logic Pro X, and many others have specific settings for a rockabilly tone. 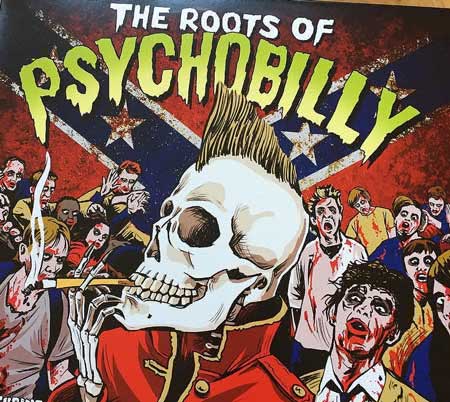 As much of an impact as rockabilly had on the history of popular music and rock, it really didn't last long at its peak. By the end of the 50's rockabilly was morphing into a variety of other styles , the guitar getting a heavier sound and songs becoming a little more complicated. It is not a genre that has disappeared though, there are plenty of new musicians who still keep it alive.

It occasionally has brief revivals like The Stray Cats , and now people play new styles called psychobilly , gothabilly , and even punkabilly . One of my favorite psychobilly players is Unknown Hinson, the genre mixes rockabilly with elements of punk, horror movies, and darker themes. The grandson of Hank Williams, Hank Williams III , is also a well known name in the modern rockabilly scene.

Rockabilly never died , and it will always be popular with those who love upbeat country and blues. Still after all these years rockabilly does its job of getting folks up and dancing, it's no wonder why many consider it true rock n roll!