When studying early rock and rockabilly one of the most influential songs is Blue Suede Shoes. While it is often associated with Elvis Presley it was written by Carl Perkins and highlights the major musical points of that era.

The song's use of extended chords and syncopation was a mixture of boogie woogie, country, R&B, and swing which helped lead to the whole new genre of rockabilly!

The song itself uses a common 12 bar blues chord progression with just the I-IV-I-V, it can vary in keys depending on the artist, but is generally played in A as Elvis did. The drums were a simple backbeat shuffle and the bass a walking line.

You can take the backing drum and bass of this song and it would be suitable for any blues shuffle, swing, or driving jazz song.

What makes it rockabilly is the use of riffs that are essentially boogie woogie lines from the piano. The first Rock'n'roll was piano driven so when guitars were featured they usually copied these piano lines.

Many early guitar centered rock bands were simply bass, drums, and lead guitar and yet they played incredible songs.

During this time Elvis, Carl Perkins, and Johnny Cash were all touring the south before their major fame hit. While the underlying story of why Perkins wrote Blue Suede Shoes is questionable, he for sure took the first line from the famous nursery rhyme "One for the Money". And it was that vocal line that really helps define the song.

The Guitar Chords and Rhythm

Most of Blue Suede Shoes is the same as other rockabilly tunes, it uses the same 12 bar blues, extended chords, and heavy syncopation. But that late entry of the music after the first line is what really sets it apart and makes it so era defining.

Rock is all about the tension and release of the downbeat and upbeat. And his initial vocal line sets the listener up for a rocking song.

After we sing the intro line we must give the A chord just the right accented up strum, to get that well-known da-da-dun. After we upstroke on this first strum we play the G note along with the A giving us the flattened 7th that is so popular in rock and then back to the A chord again. 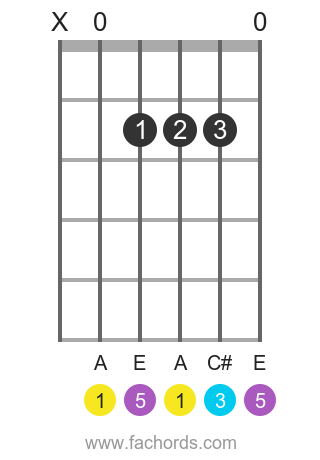 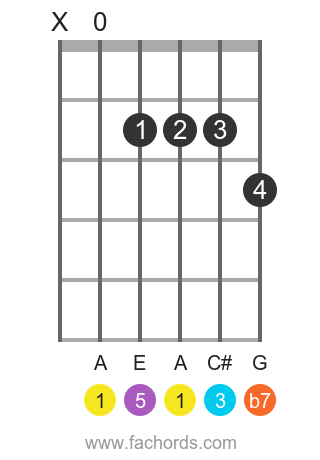 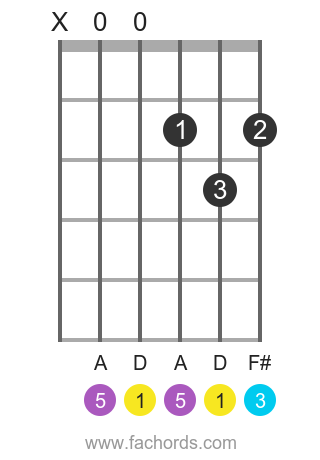 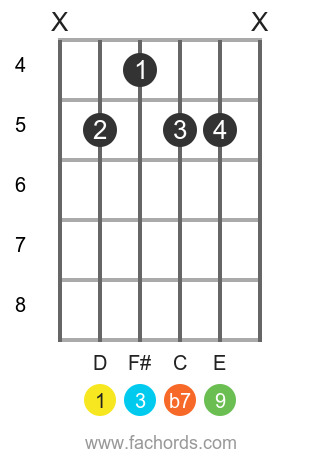 We then move back to the A shape and do the same riff giving us another 9th (the B note) added to our A. 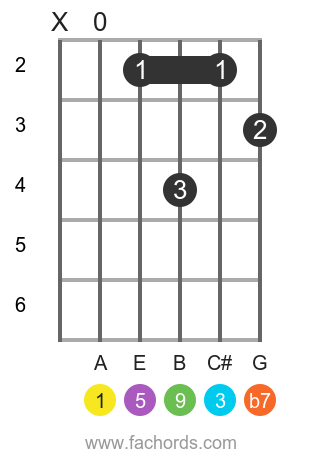 And the last four bars of the opening are E9 back into our D9 riff and then finally going back to A again with the hit on the G like in the beginning. 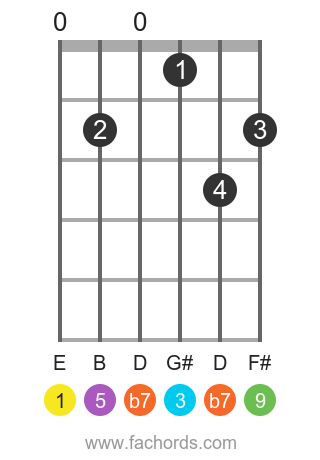 Remember when playing these chords we need to keep a swing in the rhythm, and our playing will have a staccato and almost muted feeling. Not as hard or intense as a funk strum mute but you want that syncopation as you hit the chords.

The chords and boogie woogie rhythms are the easy part, it is the swing that you need to practice.

The second time we riff on the A and A7 we stay on it an extra 4 bars before going into the added riffs above. The solo section riffs over the same progression of A-D-A-E and back to A. If you continue to use these chords and riff over the same extensions you will have a solo that sounds perfect for rockabilly.

If you want to get that rockabilly vibe in your tone, you need a decent amp with a nice clean sound and a slight bit of delay. Blue Suede Shoes was written in 1955 so there weren't many pedals and effects boxes, but they would use their amps to help give it a slight overdrive in that clean signal.

In the Memphis studio they used slap back delay to get that reverb and echo sound, which involved recording on two reel to reel tape decks at the same time. The same slap back delay was used on Elvis' voice by Sam Philips.

Otherwise we do not get too crazy with the effects, we simply want a clean guitar sound to cut through the drum and bass shuffle.

And while we often think of the signature rockabilly guitar to be a semi hollow electric, it can still be played on plain old acoustics. If you get the syncopated strum correct you can pull off early rock on any guitar and with minimal effects.

The Syncopation Helped Sell the King

The swing and syncopation of the song are what helped the song become a hit and even helped create legends like Elvis Presley. Rock music at the time was simply heavy backbeat R&B that was sold to a middle class audience.

Elvis nearly drove the world to Apocalypse when he shook his hips to the newly coined "rockabilly” music.

The added 7th and 9th notes are what give us the blues feeling, the walking bass and drum shuffle help keep the song moving, but it is the particularly fast and offbeat strum that sealed the deal for making it so historically important.

Eventually these rockabilly artists changed from playing these fast and upbeat tunes to country pop once the genre died down.

Once you know the simple 12 bar blues of Blue Suede Shoes you will find other rockabilly songs are not that hard to play. They all riff often on the 7th and 9th and generally move up and down the fretboard.

And most of all once you know how to play a few rockabilly tunes they are great to impress others with. Most listeners love to tap and dance along to early rock, it always gets people moving!

Ok, our brief song analysis is ended. If you want to stay updated, (and get free access to the download area), enter your details here.