Transposing music involves the moving of a musical pitch up or down, but remaining in the same interval. There are a few reasons as to why we would need to transpose notes or chords in our music, and the main reason is to change the key of a song. If you have trouble singing in the key of Bb, you may try and transpose it to the Key of C to make it easier to sing. We will sometimes transpose music to make it easier to play, for example the key of Eb is not the easiest for beginning guitarists. There are also times where you will be playing a song that may not sound "right" in that case transposition may help. Whatever your reasons, there are a few ways to go about transposing your music.

Before you can start transposing you have to know what key you are in, often the first chord of the song is the key. This is not always true, and if not you will have to take a look at the other chords present in the song to get an idea of the key. If you are trying to find the key of a song by ear, well they have software to help, but in general it will be a matter of trial and error. After you have found the key you are in, next you have to figure out which key you have to transpose to. If you have trouble playing a song in Eb, perhaps moving it to the key of G will make it easier.

Finding the key of a song is basically a trial and error approach, but you can identify some chords and check what key they fit (refer to the table below). Many songs begin and end with the chord that matches the key of the song, but always keep in mind that this rule is not set in stone.

Here are some examples: 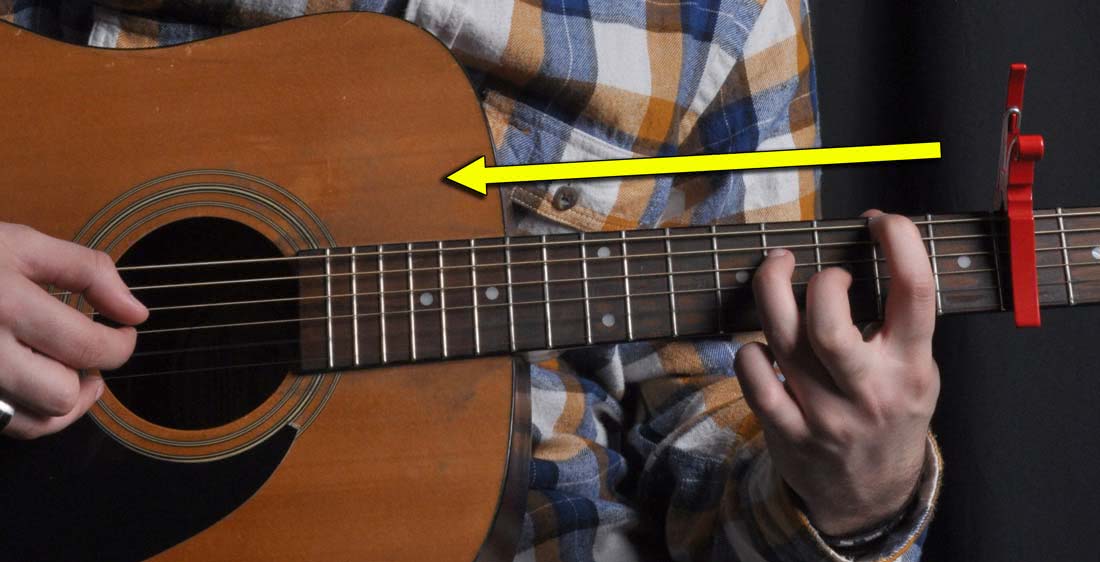 The capo is the easiest and most common method most guitar players use to shift their chords to another key. Remember that barre chord shapes are easily movable, if you have a barred F chord and you wish to play a G, you only have to move that position up two frets. That same F chord shape moved a whole step or two frets up gives you a G chord. Now the capo takes the place of our barring index finger allowing us to have more ability to make the same chord shapes.

Imagine you are playing the normal chords of G, C, and D in a song, but let's say you want to be in the key of A. By placing a capo on the second fret we can play those same chord shapes of G, C, and D, but this time the chords will be A, D, and E. Very simple, in fact the capo is great for folks who don't want to bother with figuring out the transposition and need an easy fix. Stringed instrument players, like guitarists, have capo abilities, many instruments out there don't get so lucky

There are limitations with a capo, especially as you move up past the 8th fret. The voicing's start to get too high and the frets are closer together making it harder to do chord shapes. Plus, if you ever find yourself without a capo, it is good to know other methods of shifting the key. It is a rather easy process even without much understanding of music theory.

If we want to switch from the key of C to G, we simply count. Start with the chord progression of C F G

The distance between the C and G keys is 7 half-steps (remember: 1 half-step = 1 fret on the fretboard)

If you know the name of the notes on the fretboard, you can visualize the process on the neck. Simply you shift the root notes of your chords 7 frets higher (C to G, F to C, G to D)

Transposing from C to G key (7 frets up)

Now we have the chord progression of C F G transposed to the key of G with G C D. If we want to make it even easier, we can simply refer to the table below (that show the chords for all the major keys)

With a simple chart like this transposing becomes a breeze. Take the chord progression C Am F G in the key of C, and transpose it to the key of A. By following the chart above those same chords transposed to A will be A F#m D E. (It's not cheating to keep a table like this handy in your practicing area, it saves time!) 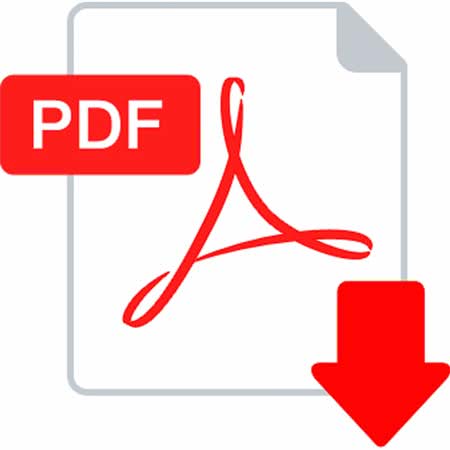 You can download these chords in keys tables in pdf format: we have created a music cheat sheet with all the chords for each music keys (major and harmonic minor) and the sharp/flats patterns shown following the circle of fifths. More details here. If you are already a subscriber of the newsletter, you should have received the link to your download area in your email box.

Luckily for most guitar playing we will rarely ever get more complicated than what we have seen so far. If you have a more complex chord like Cm7, you follow the same rules as above. Switching that chord to the key of G we do nothing with the minor 7th and just move the C five steps up to G. The root chord or note is all we ever worry about when transposing.

Sometimes transposing may require you to write it down on a piece of paper or counting on your fingers, but it does not involve complicated math. Let's say we have a G/B chord, remember a slash chord implies a different bass note. Normally a G chord has a G for a bass note, but here we have a B. If we want to change that to the key of C it will be C/E, the G moves 5 half-steps (or frets) up to C and the B moves 5 half-steps up to E. You can always use the fretboard as a counting device, simply shift your notes by 5 frets higher and you'll find the transposed notes.

To transpose the G/B chord to C/E, we simply shift the shape 5 frets higher. Make sure you know your neck notes

If you are transposing single notes as opposed to chords, you have to keep an eye out for accidentals. Accidentals are notes that are not part of the normal key, scale, or mode. If your key of C music has an F#, well that will need to be transposed properly, using the same process just keeping in mind the half step raise. 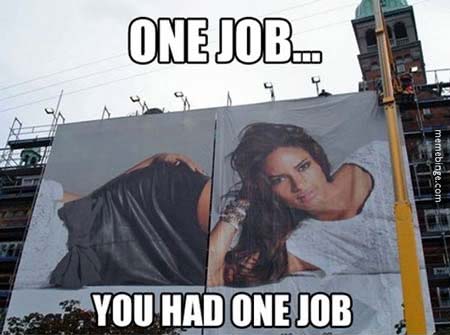 Transposition can be a real finicky process sometimes. Whichever way you pick to do it, it will not be difficult, but your result may not always work. If are switching a song to an easier key to sing, there are times when it just doesn't sound right. I find if you transpose too many intervals up or down it can really change the feel of a song. As you transpose more and more tunes you will come across this on occasion. So transposing is by no means a cure-all, when it comes to singing there is only so much you can change before it becomes unrecognizable. In fact, some songwriters use the same chord progression, just different keys to write separate songs!

If you are using transposition to make a song easier to play, that is understandable. The chord progression of Eb Ab Bb is much harder for a beginner than the transposed and easy C F G Again sometimes this will work, other times it may sound "off". As a beginner it is great to practice transposing, but if you are not careful it can become an excuse to not learn the harder chords. Don't shy away from harder chords, you strengthen your hands and music knowledge by learning them. Transposing is a great musical skill, when not overdone!

This post shows you 50 easy songs that you can play only with a bunch of basic guitar chords. It starts with simple songs with only C and G chords, then adds one new chord at a time, such as Am, F, D and so on. You'll expand your repertoire with this fun songs..

This article shows you in details how the Nashville Number System works. A useful for describing chord progressions, transposing songs, improvisation, that can be understood without too much music theory knowledge..

Songs with the same chord progression

Here's our guitar chords chart pdf available for free download. It contains printable finger diagrams for major, minor and other types of chord. Suitable for beginners and intermediate guitarists..

Learn how to play chords with our free guitar chord finder. Really easy and fun to use, it runs on all the devices and will show you more than 250 guitar chord shapes all along the fretboard. Audio playback included..