There is no other note in the scale or chord that will have such a significant relationship with the tonic.

A dominant chord is almost always looking for resolution , and generally that instability resolves into the tonic.

Here below you find the most common shapes for playing dominant chords on guitar (you'll find more shapes all along the fretboad in our Chords Domination ebook). If you need help in reading these diagrams, you might find helpful these instructions . 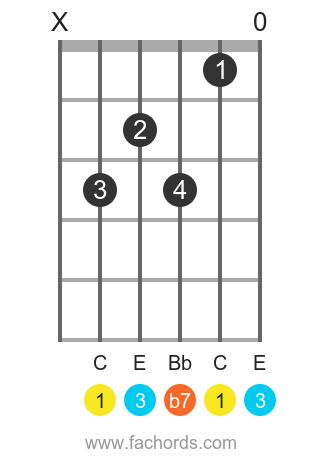 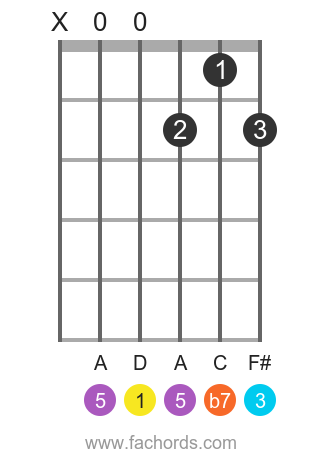 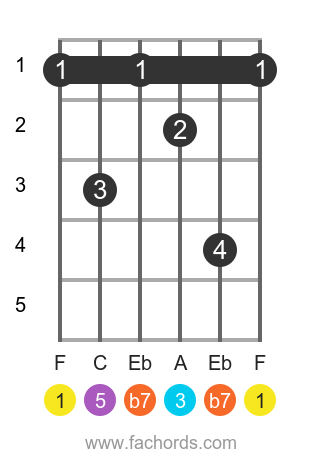 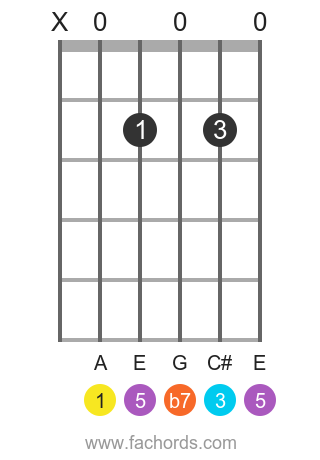 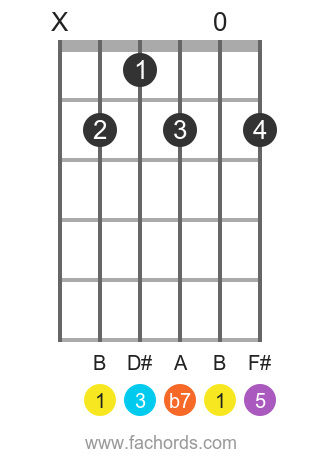 One of the hassles of music theory is how many things have multiple names , it can drive you crazy!

And there is more than just the fifth and dominant, we are also dealing with the Mixolydian mode !

Don't get overwhelmed with the terms, just remember the dominant involves the 5th note . This perfect fifth relationship is the second most stable in the scale next to the unison or octave.

In melody it is in our most popular tunes like the first four notes of " Twinkle Twinkle Little Star " are the root to fifth interval (and Twinkle is the same song as " Baa Baa Black Sheep " or the " The ABC Song ").

And of course the first two notes after the triplet beginning of the " Star Wars Theme ". This fifth interval, fifth Mixolydian mode, dominant scale

However we name it or use it, the fifth scale degree is a big deal in music.

While playing our guitar we will be dealing more with chords than intervals, but they are all still based around the fifth. In the key of C the dominant chord is G, it is that dominant triad that we build notes on to create even more dissonant chords that need resolved.

It can also go by the name major minor seven, but there we go again trying to be confusing! There is a tritone interval between the 3 and b7 and remember that interval is very dissonant.

That is why dominant 7th chords are so eager to move to the tonic.

You will see all varieties of seventh chords across all genres, but this dominant 7th is the most popular.

Play C to G back and forth, the dominant wants to go back to the tonic. Now play C-G7 , notice how that G7 wants to resolve even more!

One of the best examples of how dominant chords work is the popular I-IV-V7-I common blues and rock progression .

In the key of E play the chords E and A back and forth a couple measures and at the end jump to the V7 or B7 and it will be a strong resolution to the progression.

In jazz, R&B, funk, soul, rockabilly, and more the dominant 7th is a staple . In rock the main progression is I-IV-V while in jazz it is ii-V-I where we will also see the V7.

And such a chord as C9 would be used with the tonic F as C is its dominant chord.

And we use these chords the same way as the 7th, especially if we want more dissonance and tension. You will see 9th dominant chords in jazz, boogie woogie, and most of all funk.

If you want to play funk guitar all you need is an E9 thrown in with the right sixteenth note strum.

You couldn't play for James Brown if you didn't know your dominant 9th!

Of course these dominants can have different alterations at times, but as long as they are dealing with the fifth note or chord they are still dominant.

You may also hear the term secondary dominant. This is a common substitution method in jazz and other genres where they use the dominant of a dominant.

This allows you to shift through multiple keys before arriving back at the tonic chord. And during each key we can improvise using Mixolydian scales .

In jazz our dominant chords will take some more time and practice. In rock and other genres they will be used more sparingly.

At a brief moment when we need some tension and a turnaround we can use a 7th or 9th dominant chord.

Many jazz tunes are likely going to have dominant 7th chords especially one of the most famous examples being " Autumn Leaves ".

Of course any other jazz standard in the past 100 years will also be littered with them, you don't need to look far in jazz.

In rock we can also find a ton of examples. Here Paul McCartney perfectly describes how important a B7 was .

Chuck Berry, Buddy Holly, Little Richard, Fats Domino, and the early artists all borrowed the dominant 7th for that crazy new rock music and from there The Beatles and everyone else just continued the tradition.

All of those artists' major hits are mostly I-IV-V7 progressions. It's likely most of the music you will play is going to involve a dominant chord.

And as mentioned above some genres love the dissonance of dominant 9th chords along with the 7th. Around the time the rock n roll artists were realizing the power of the 7th the funk, soul, and rockabilly players were also using the 9th.

And the best way to learn your dominant chords are to look up songs you like and when you spot one, practice!

Soon you will be able to confidently put dominant chords in the music that you create!

To learn other great voicings for 7th and 9th dominant chords, download the free chords ebook now , and for a deeper understanding of chords theory, get our Chords Domination ebook.

Learn how to build and play all the types of diminished guitar chords: diminished triads, dim7th flat five, double flat 7th and more.

Learn guitar triads all along the fretboard. You'll learn major, minor, diminished, and augmented triads with fretboard charts and an interactive tool.

Learn how to substitute chords in a song or chord progression to make it more interesting and creative. We also provide examples from famous songs..

On this page you find instructions on how to play open chords on guitar: easy shapes that don't require to press all the strings.

This tutorial will teach you how to play the various types of ninth chords on the guitar, fretboard chart diagrams included..