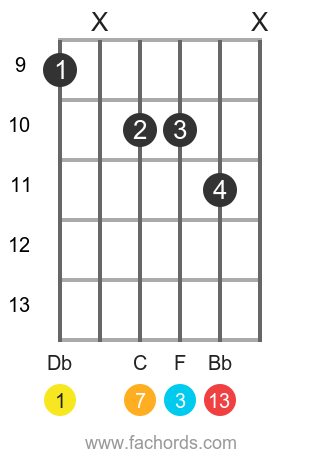 The Dbmaj13 chord is made up of the Root, Major Third, Perfect Fifth, Major Seventh, Major Ninth, Major Eleventh, and Major Thirteen

The Db Major Thirteen chord is known as: