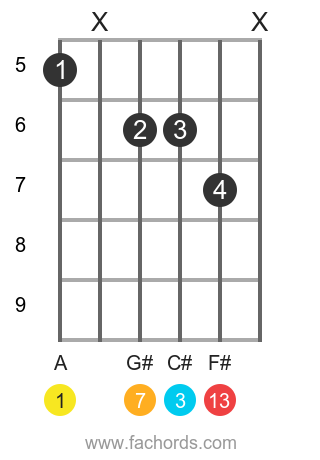 How to create the Major Thirteen chord:

Want to know everything about chords?

Download the chord chart pdf: a unique ebook that shows you finger positions, note names and intervals in the chords.

You'll learn how to play 44 chords types across all the fretboard. 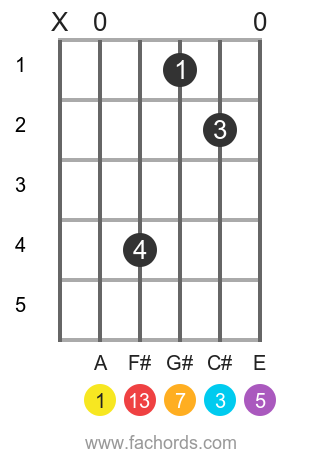