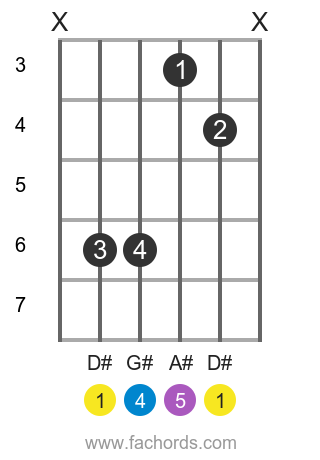 The intervals in the D#sus4 chord are Root, Perfect Fourth, and Perfect Fifth

Tones in the Suspended Fourth chord: 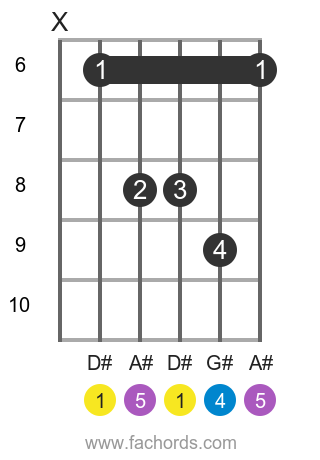 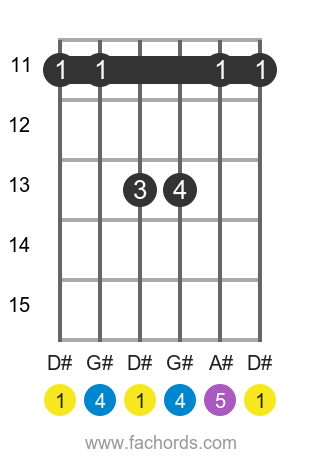