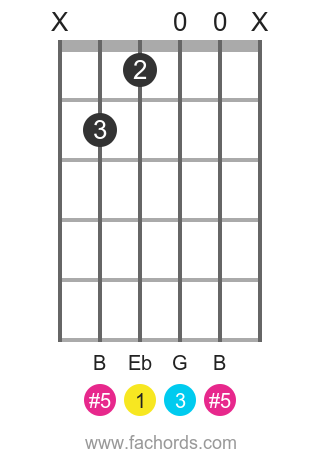 The Ebaug chord is composed of the Root, Major Third, and Augmented Fifth

The Eb Augmented Fifth chord is known as:

The Ebaug chord is composed of the notes Eb, G, and B

Formula of the Augmented Fifth chord: 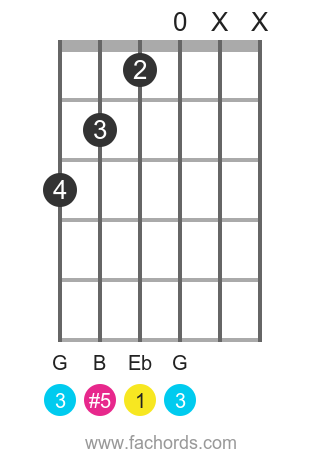 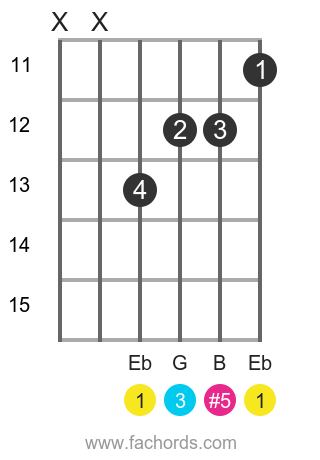