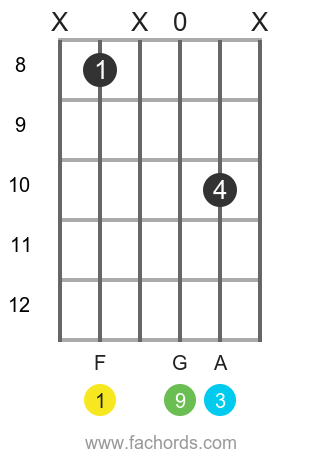 The F Major Ninth Added chord is made up of the Root, Major Third, Perfect Fifth, and Major Ninth

The Fadd9 chord is spelled in the following ways:

The F Major Ninth Added chord is made up of the notes F, A, C, and G 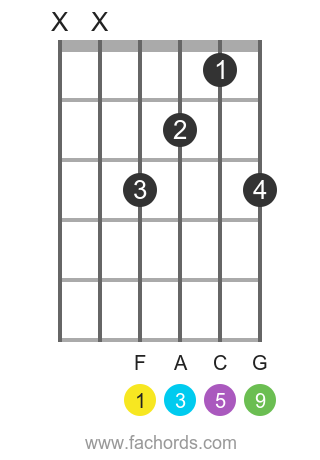 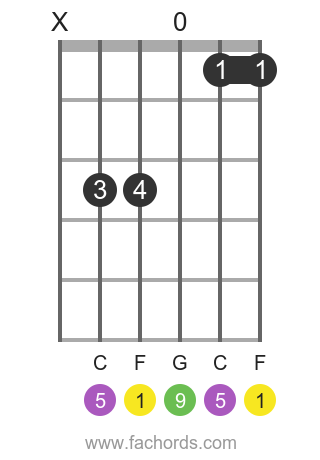