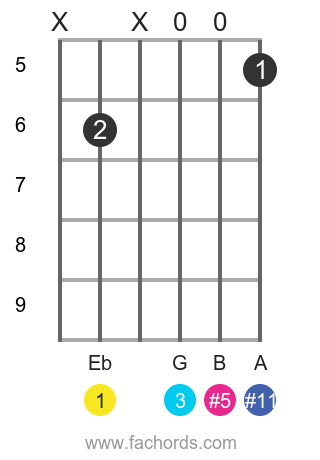 This chord is composed of the Root, Major Third, Augmented Fifth, and Sharp Eleventh

The Eb Augmented Fifth Sharp Eleventh added chord is composed of the notes Eb, G, B, and A 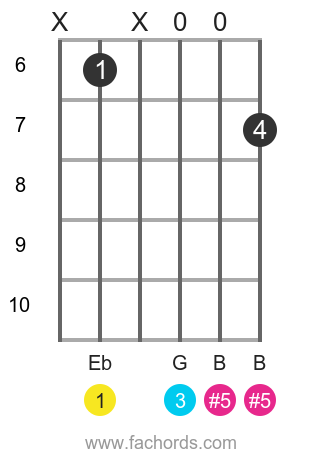