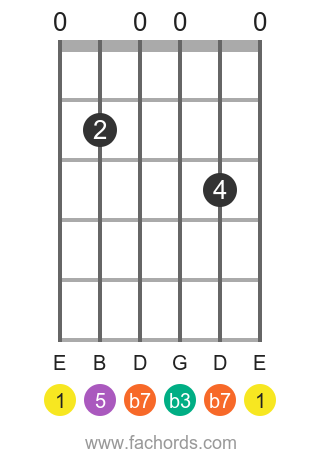 The intervals of this chord are Root, Minor Third, Perfect Fifth, and Minor Seventh 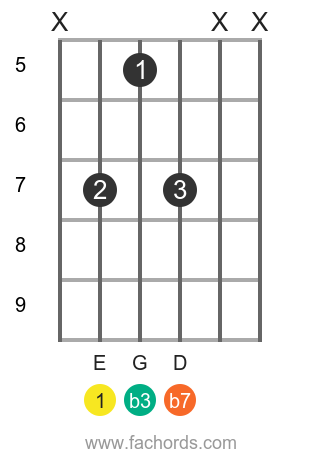 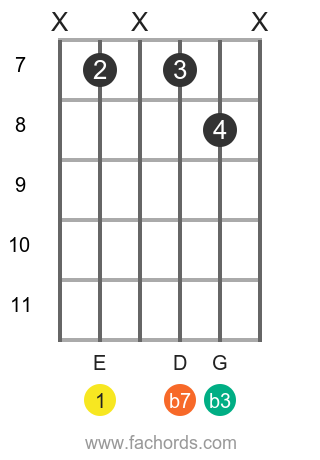 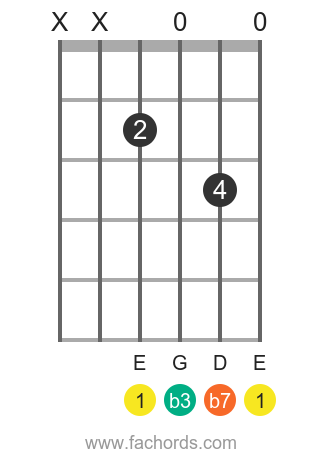 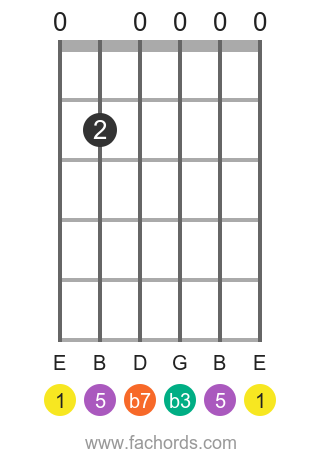 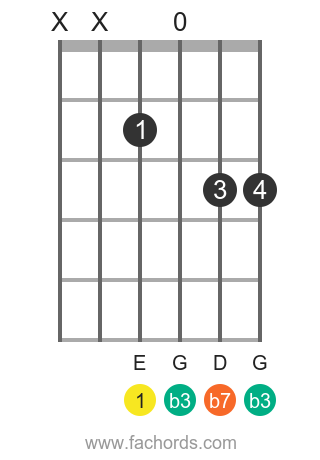 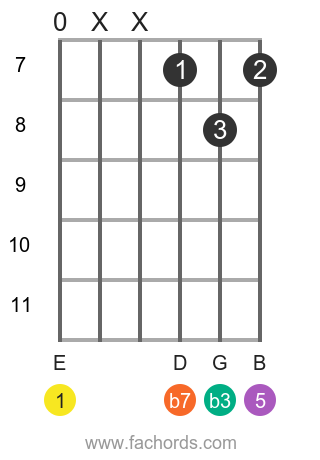 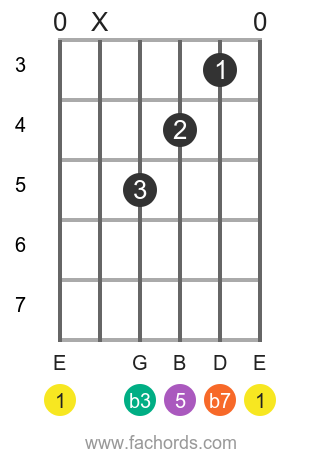 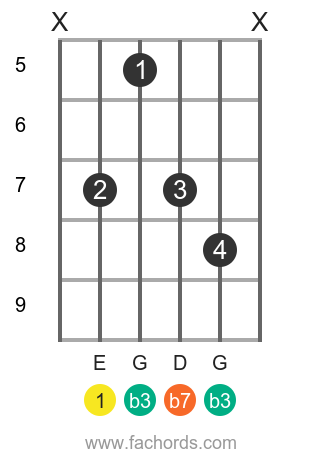 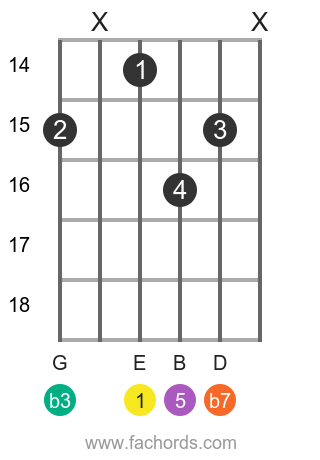 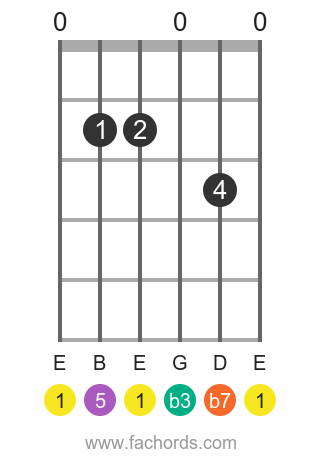 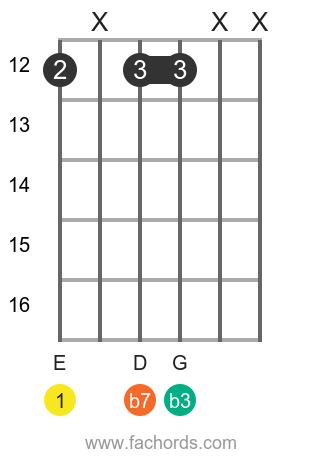 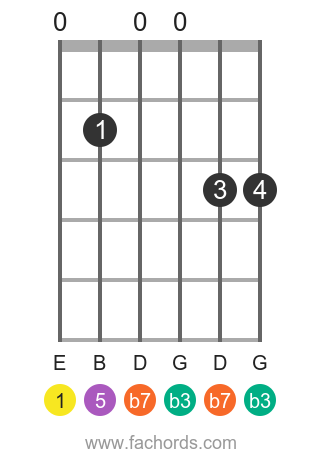 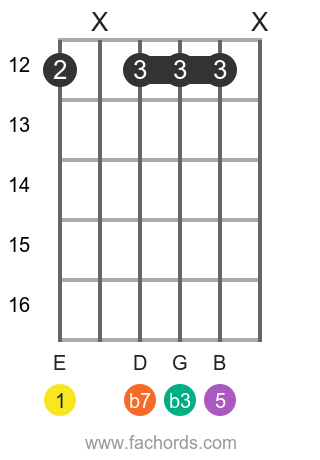 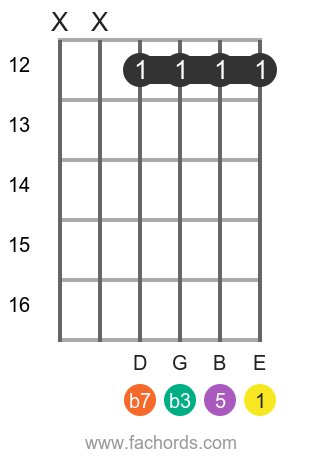 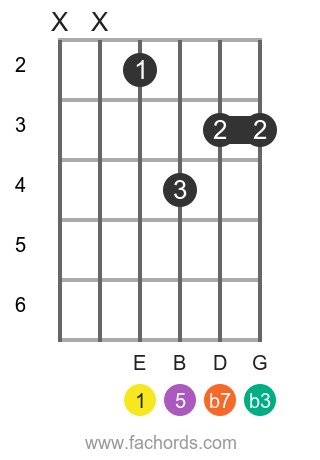 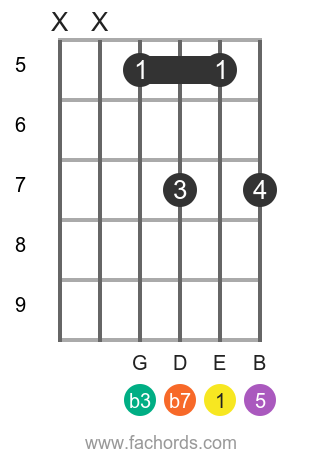 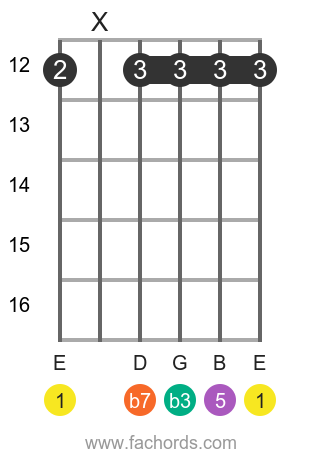 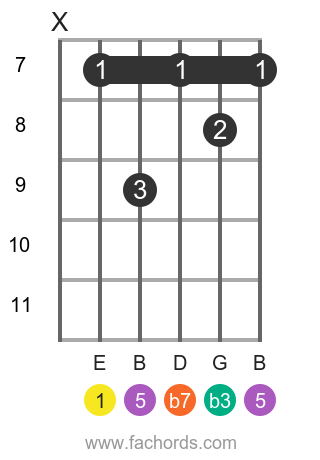 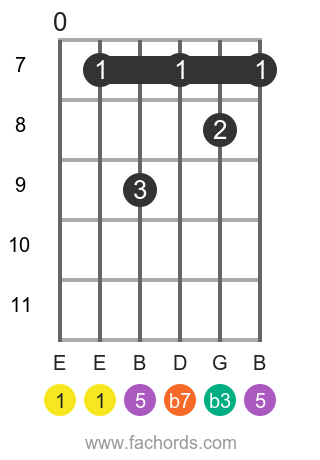 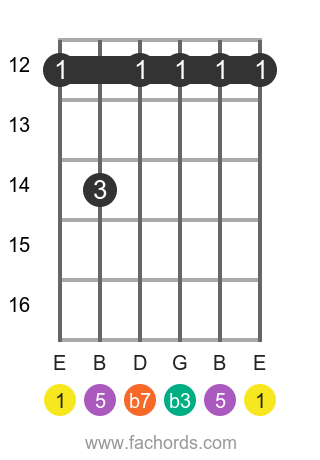 We can see the E minor seventh chord like an E minor chord (E, G and B) with an additional note, D, that is a minor seventh from the root (10 half-steps)

It is a cool chord that you can play with a couple of really easy shapes, suitable for beginners. For example, position 4 sounds beautiful and you only have to use one finger, on the 2nd fret of the A string.

Here below we show the most common keys that contain the E Minor Seventh chord. As this chord is composed of 4 notes (E, G, B and D) we use 4 tones harmonization tables.

E m7 in the relative minor chord (6th) of the G major key.

There are tons of songs with the E minor 7 chord; on the guitar, this chord can be played with many open strings, so it has a really powerful sound.

Here are some popular songs that contain this chord: