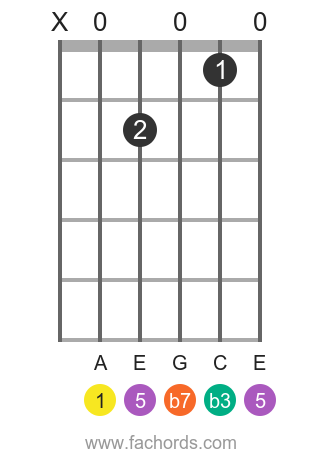 The notes in the A Minor Seventh chord are A, C, E, and G

Notes of the A m7 chord: 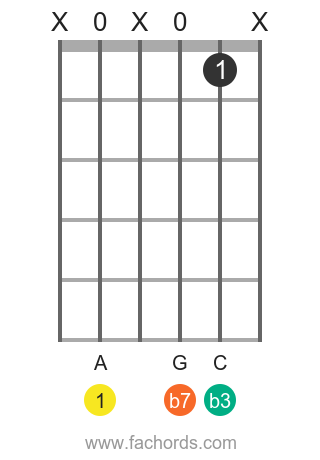 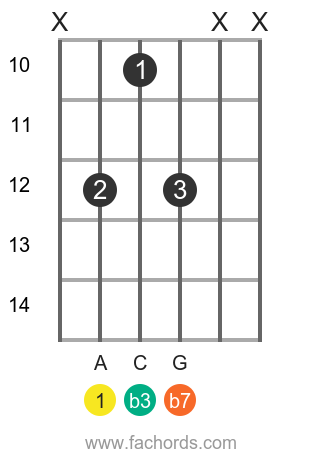 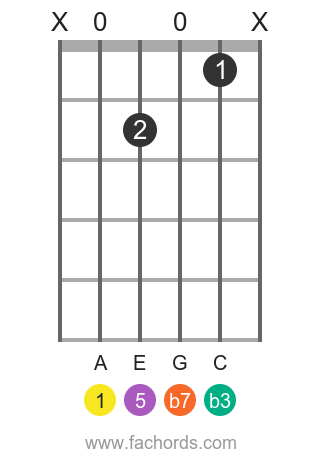 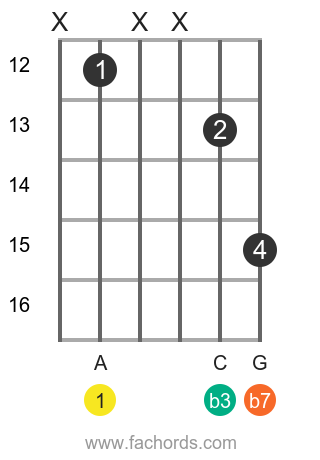 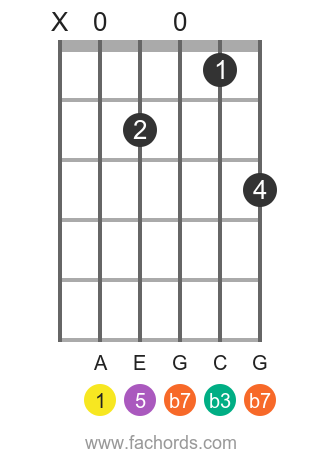 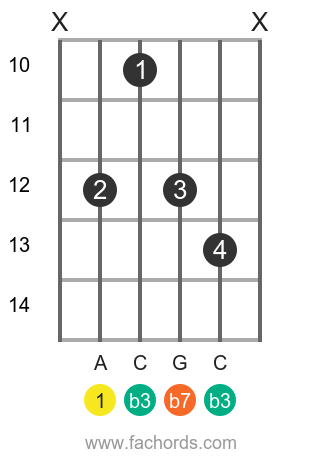 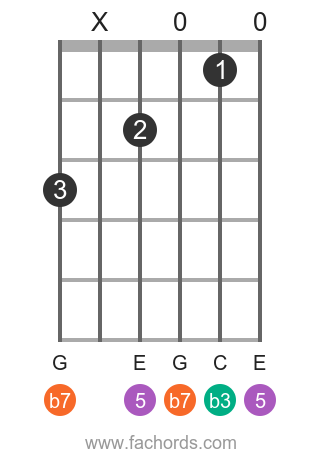 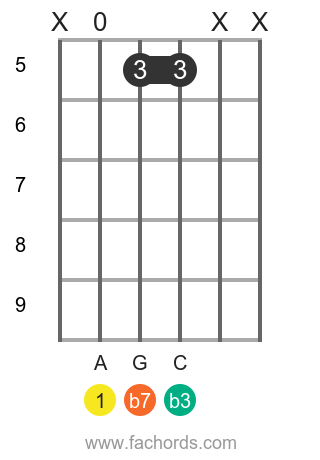 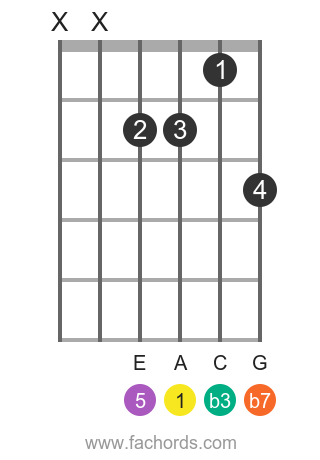 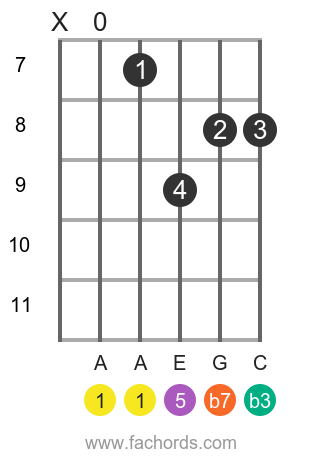 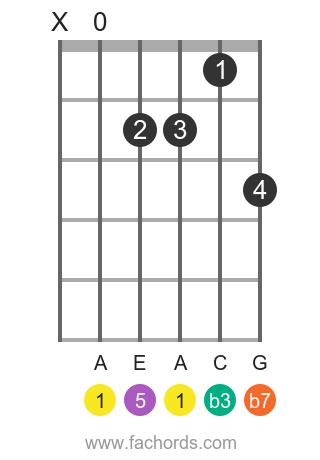 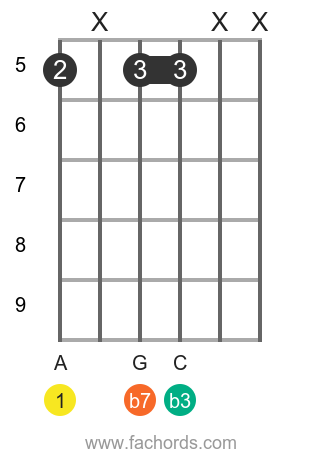 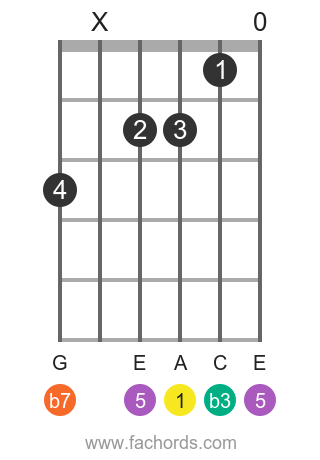 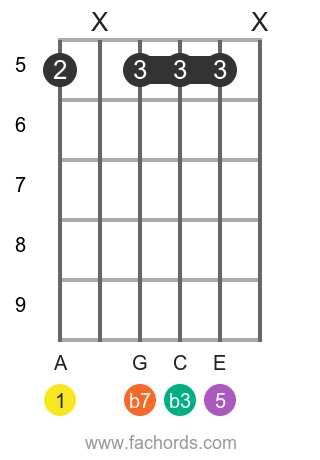 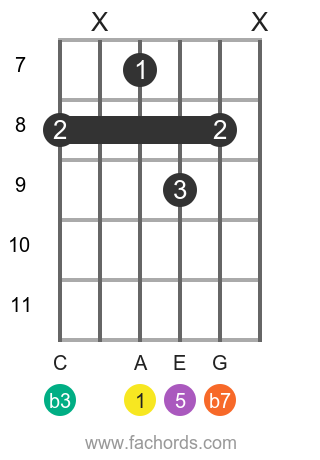 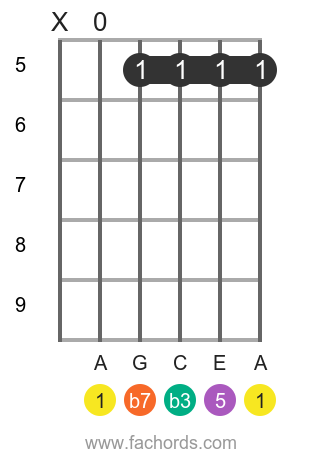 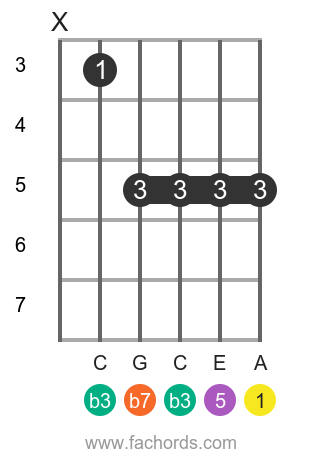 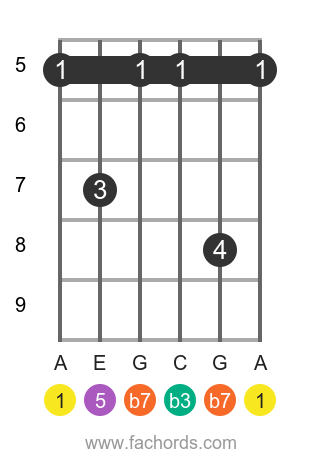 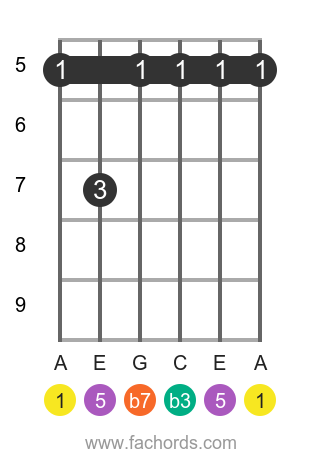 As many of you may know an A major chord is made up the root , major third , and perfect fifth from the scale:

The notes AC#E make up that Amaj, if we wanted an A minor we would then use the root , minor third , and perfect fifth. Indeed, the A minor scale is:

In the Amin7 chord, the seventh at the end further denotes that we have a minor nondominant seventh chord (because the dominant chord is composed of a major chord plus a minor seventh). So with that minor seventh we get the notes:

When To Use The Minor Seventh Chord

There are a variety of places to use the minor seventh, sometimes in place of a regular minor chord to add some tension .

Another way of using the Am7 is to substitute it for a regular 7th.

Keys With The Amin7 Chord

The best keys to use Amin7 in are Am , C , G , F and of course anywhere else that it may happen to fit.

As far as scales you will find the Am7 fits the best with the natural, harmonic, and melodic minor.

Minor 7ths can often be found in jazz , funk , pop , and rock . Whenever you have an Am that just doesn’t seem to fit try adding the minor seventh and seeing how that suits the song.

Songs With The Am7 Chord

You will find Am7 in a lot of good music, so it is an important chord to fit into your playing. Sometimes the difference will be subtle compared to Am, but still worth the change.

How To Play The Am7 Chord

In the image below you can see the Am7 tones on the guitar fretboard:

Using the tones above we can come up with some of the more popular versions of how to play the Am7 chord.

Usually when we play a chord we want the root note (here A) to be the lowest played bass note . Sometimes we will find a chord shape where that isn’t the case, which means the chord is an inversion.

If the lowest note is C, E, or G instead of the A than that is an inversion.

Or we can use barre chords to find a suitable Am7.

Of course we have some more complicated muted string versions of Am7, ad example 5X55X , which is a voicing commonly used in jazz, often called shell chord :

Remember, any chords that require string muting will need a lot more practice !