When jazz hit the scene in the early 20th century it wasn't just the American artists and cities that jumped at such a new and unique style. Musicians across the globe adapted it to their own traditional techniques and playing. In Europe, jazz mixed with the music of the Romani to create the genre of gypsy jazz.

Before talking about history and famous guitarists of gypsy jazz, let's jump to chord voicings used in this genre. As you can see, many fingerings require you to use the thumb (we'll see why later in this article).

So, on the diagrams, the letter T means "thumb". All the shapes listed below are shown with root C; they are movable (because they don't use open strings); you can shift them up or down the neck to play the chord with another root. 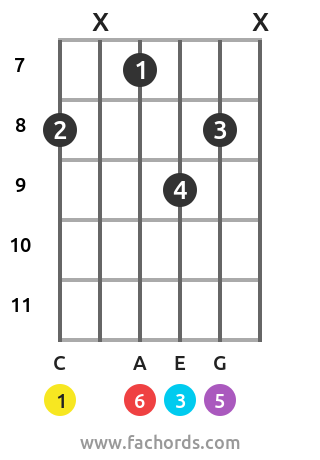 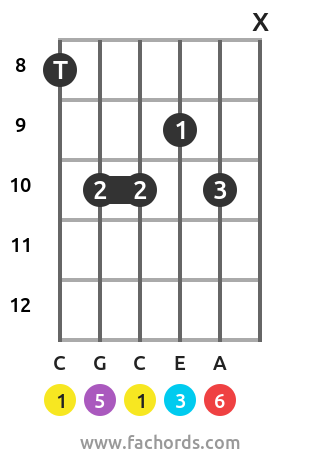 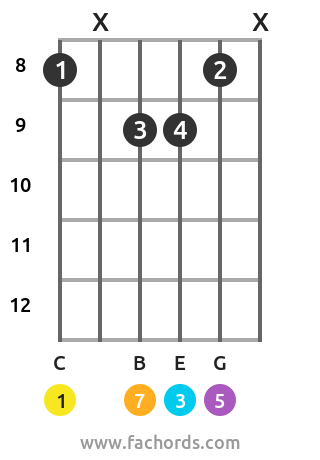 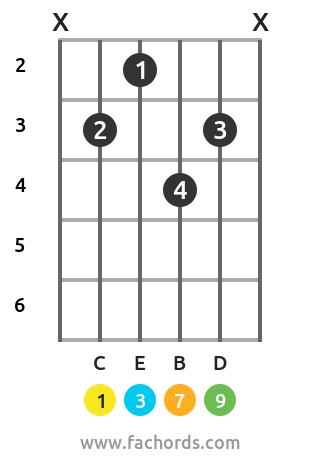 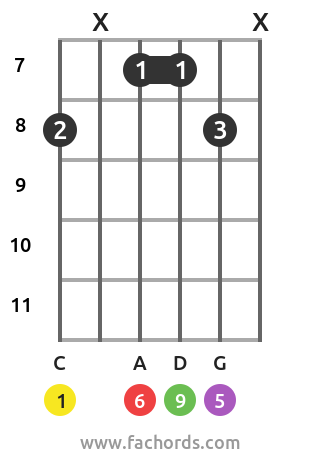 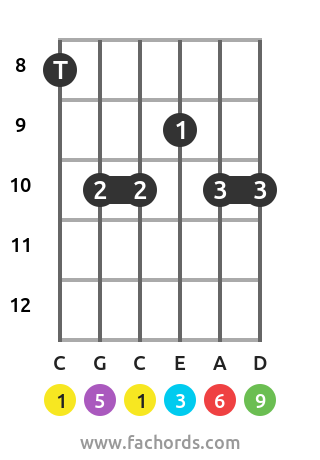 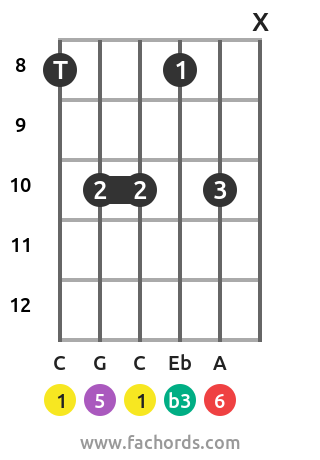 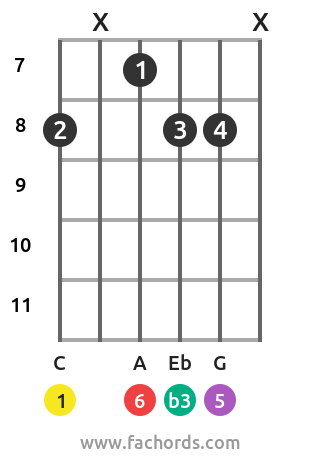 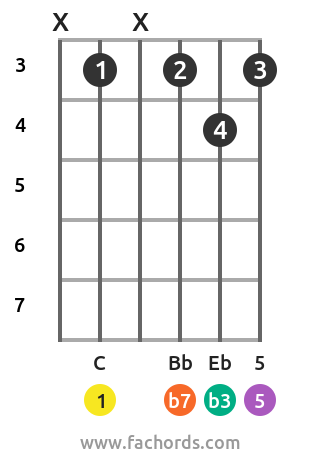 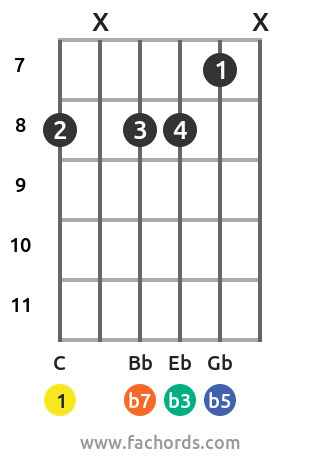 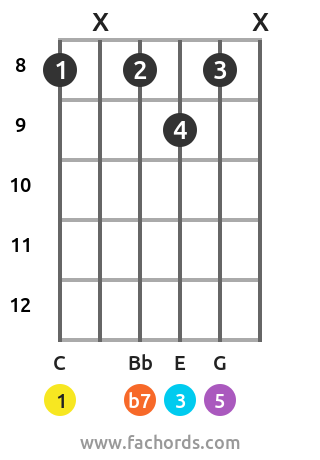 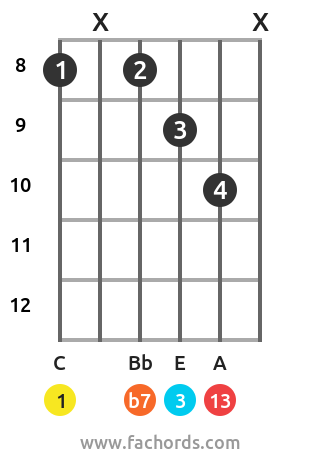 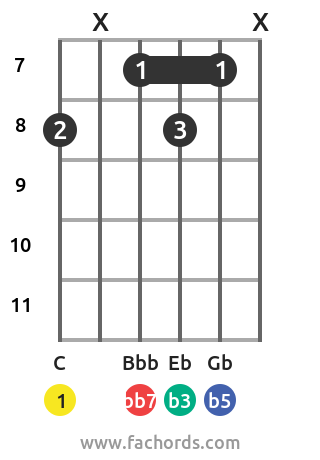 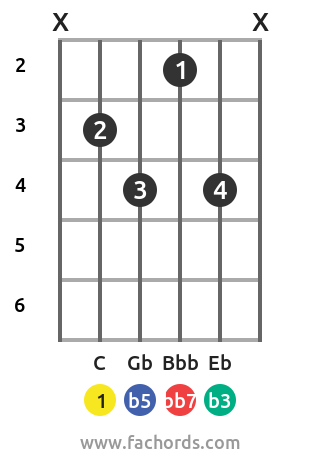 The most famous Gipsy Jazz chord progression is definitely Minor Swing, a 16 bar minor progression. The standard version is shown here below: 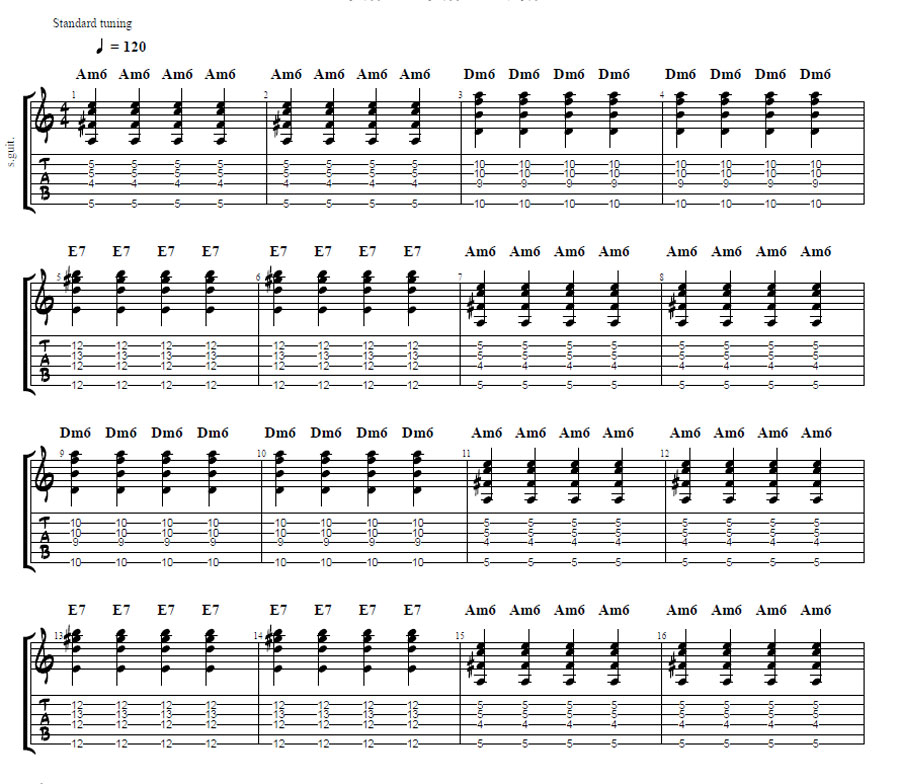 The history of gypsy, gypsy, or manouche jazz all leads back to one great guitarist named Django Reinhardt. His culture and early lessons in violin and banjo later mixed with his love of swing to create an entire new art form.

Ironically the names we give to this style he helped create are not the kindest toward his Romani lineage.

This lineage is very important though for playing this genre, as Romani music is focused on melodic lines with minor scale harmonies and syncopation. These often used diminished and Dorian scales provide a nice contrast to the offbeat playing.

The violin was a primary instrument of the Romani and their licks and percussive methods were adapted to guitar when it became popular.

Specific picking techniques were used on acoustic instruments to get the most volume out of them. That way they could be heard among other instruments and the crowd.

Ironically a great example for these types of scales and musical tradition is with the modern Addams Family movies. Romani music has a few different branches, and the music you hear there is more Eastern Europe "gypsy". Those with a heavier Spanish influence will have more of a flamenco background.

Django was Romani-French, and his Manouche musical heritage mixed with early jazz to make an interesting musical fusion.

But it was his unique techniques that really sets this style apart. If you want to play gypsy jazz on guitar here are a few important pointers to get you started.

To play gypsy jazz you must learn the main rhythm or "la pompe". Have a look at the video above to get an idea about this kind of rhythm.

This la pompe is similar to the boom-chick played in country, pop, or bluegrass. These strums are usually a single note followed by quicker down-up-down strums. While they are similar, they each have subtle differences that define their genres.

The whole purpose of the boom-chick or la pompe (the pump) is to create syncopation on the offbeats of 2 and 4. Syncopation is what makes you want to dance.

The main difference between la pompe and boom-chick is that the gypsy jazz strum is played incredibly fast.

Django just took the basics of swinging jazz rhythms and adapted them to his style. And yes there are other rhythms used in gypsy jazz, but la pompe is going to be the most important.

This rhythm is the main accompaniment in this genre. 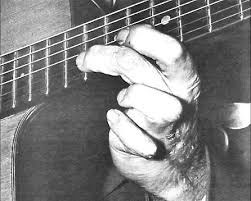 Thanks to a severe burn injury in his hand, Django was only left with two working fingers. This accident is literally the reason behind many of the left handed techniques he came up with.

With just an index and a middle left finger he couldn't play normal chords and modal scales.

To get around this problem he would use his thumb over the top when necessary (that's the reason why in the chord diagrams listed above using the thumb is required).

And he wouldn't shy away from open string use. With scale playing being difficult he would play arpeggios up the neck instead. Simple 3 note chords in different inversions.

It is quite amazing the patterns he created from these arpeggios.

His method allowed him to move around the fretboard very quickly.

Due to the lack of mobility in his ring and pinky fingers, they could only hit the strings in limited ways. But they happened to make perfect minor 6th and 9th chords. His left hand also took old techniques to a new level.

And even if some of the gypsy jazz right hand picking isn't suitable for you, the left hand patterns and techniques of Django Reinhardt are worth looking into. 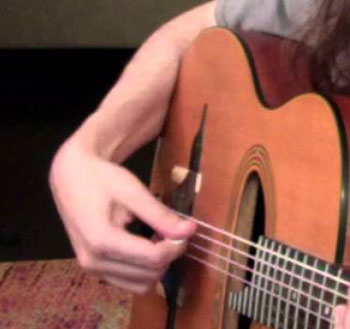 So now with the rhythm and the basics of what your left hand needs to do, gypsy jazz should be a breeze right?!? Ha!

The hardest part is last with your right hand picking technique. This is obviously where a lot of the magic happens in that unique sound.

If you have never used rest strokes before you will need to practice this multi-genre technique.

With rest strokes, finger or pick that plucks the string lands immediately on the next string. This rest stroke is essential in gypsy jazz and like most training in this style needs to be done over and over (and over!).

The most basic right hand picking method uses a floating wrist (not resting against the body) and relaxed pick grip.

Django's influence with flamenco and classical is present, just using a pick instead of fingers. A small fraction of an upstroke is played before two down strokes, the second one harder than the first. At the same time your left hand mutes strings to create la pompe.

The slight upstroke and sound difference in the two downstrokes are essential to get the right swing to a song. On top of that, synchronizing all this with your left hand... it's not an easy thing to do.

The irony is that if you have studied flamenco or classical playing you will be familiar with some of these techniques like rest strokes. But to get the proper feel and swing you will need to forget all that and get in the brain of Django!

Other important points for right hand picking are alternating when staying on a string, but always using a downstroke when changing.

And often using a downstroke on the last note. It usually is not difficult, it just requires a lot of study and practice.

Over the years the pure Django method has developed and been used in new genres, but his main techniques and influence are impossible to miss. And the easiest way to learn gypsy jazz is to simply watch as many guitar players and lessons as you can. Slowly imitate every move and practice.

Besides Django, here are some other great players to check out:

Stochelo Rosenberg plays in the Rosenberg Trio with another gypsy jazz guitarist Joscho Stephan. Pay close attention to the double downstrokes they are using.

Bireli Lagrene is definitely inspired by Django, he just mixes in more recent genres and jazz styles in his gypsy guitar playing.

The Biel Ballester Trio is named after this Spanish gypsy jazz guitarist. Like Bireli the Django influence is obvious but mixed in with others.

Besides looking up notable gypsy jazz players you can also find this style of music at Django inspired music festivals.

Remember the key is to watch the picking technique as close as possible. And most of all listen to that percussive syncopation to really drill the swing into your head. Swing is not easy to learn! All in all, gypsy jazz is an uphill battle!

If you are a software guy like me, it's likely you already know the popoular web framework named after Django. One of the creators of Django framework, Adrian Holovaty, is a great gypsy jazz player; coincidentally, FaChords Guitar website runs on Django!

It is definitely not easy to write about the specifics of playing gypsy jazz. Of course the music theory parts can be explained, but the actual playing techniques really need to be seen. There are simply movements that go so fast it can be hard to pick them out by ear initially.

The concepts of gypsy jazz are rather simple, but the actual playing is hard. There is just a lot more listening and practice involved with a style like gypsy jazz. When playing simple pop tunes you don't have to fuss too much with heavily practiced technique. But playing in the style of Django Reinhardt takes time and dedication.

You can find a multitude of lessons to get you started, try out a few to see what teachers work the best. The key to gypsy jazz is simply learning the basic strokes and the rhythm mentioned and then just practicing constantly until it eventually sounds great. The genre sounds so incredible because guitarists put a ton of work into it!

Here are some great places where to learn gypsy Jazz: