The intervals in this chord are Root, Major Third, and Augmented Fifth

The notes in the Cb Augmented Fifth chord are Cb, Eb, and G

Notes in the Cb aug chord:

How the Augmented Fifth chord is built:

No guitar diagrams created yet for this chord. Request one here 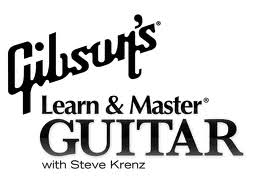 In this review, we're going to take a look at the DVD lessons of Gibson Learn And Master. I was looking forward to receiving the DVDs and the wait was worth it (no video streaming lessons in this case!).

Diminished chords often confuse guitar players, as actually there exist 3 types of those chords. This tutorial will show you how to build and to play diminished triads, half-diminished and diminished 7th chords on guitar. You'll also learn how to use them in your own songs..

Here you find some smart strategies that have the power to multiply the effectiveness of the hours spent in practice. The latest findings in neuroscience and how the brain learns can help guitarists too. Practice smart, not hard!.

Learn the basics of flamenco spanish guitar online: most common scales, chord progressions, and a bit of flamenco history..