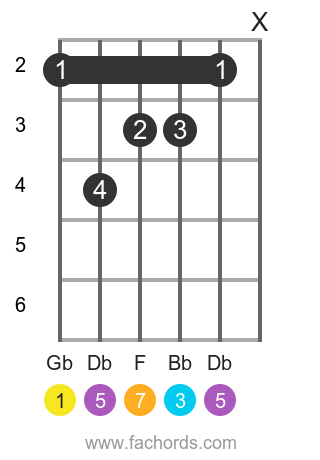 This chord is composed of the notes Gb, Bb, Db, and F

Notes of the Gb maj7 chord:

Tones of the Major Seventh chord: 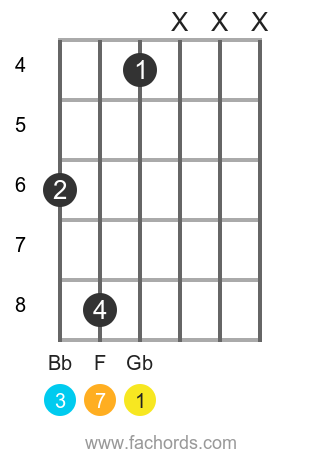 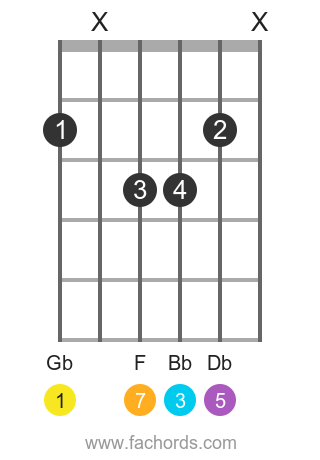 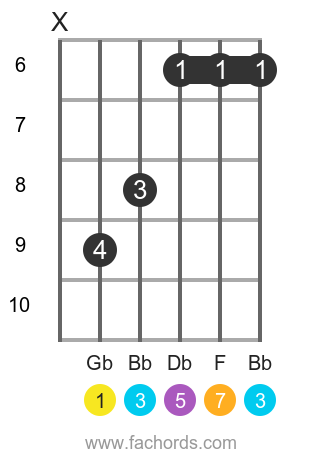 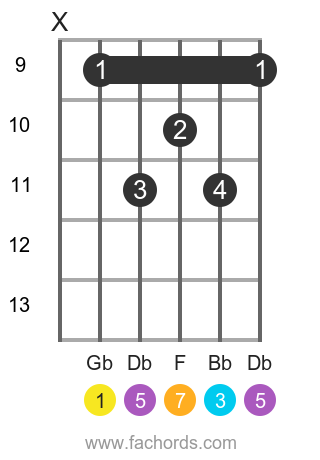