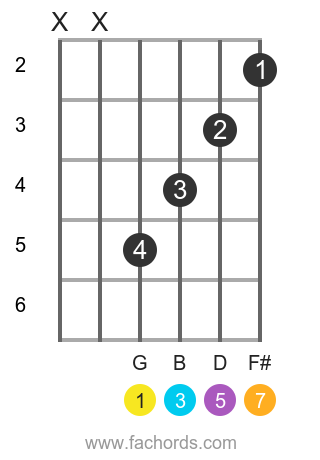 The Gmaj7 chord is composed of the Root, Major Third, Perfect Fifth, and Major Seventh. It's a basic major triad with a Major Seventh added.

The notes in the Gmaj7 chord are G, B, D, and F#. The video above shows you some ways to play the G maj7 chord on a guitar, sorted from the easiest to the hardest fingerings.

How to create the Major Seventh chord: 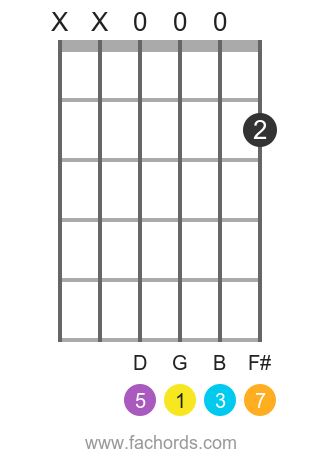 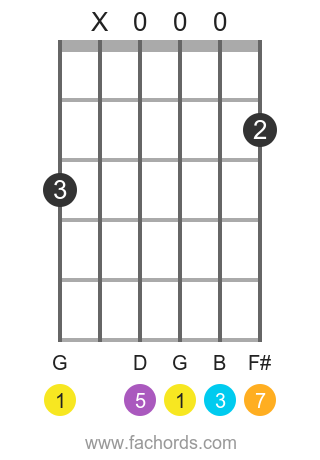 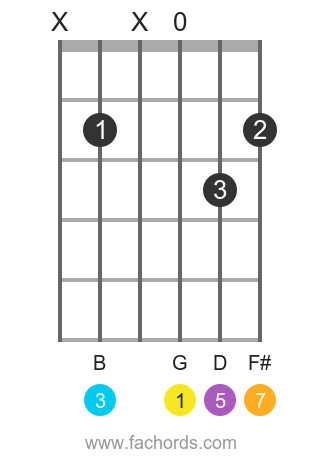 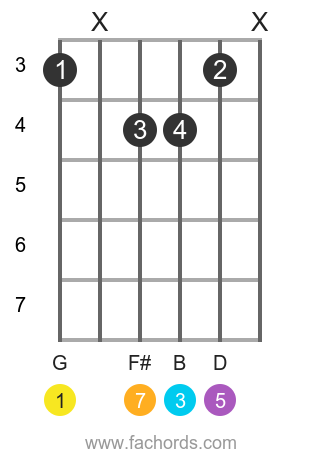 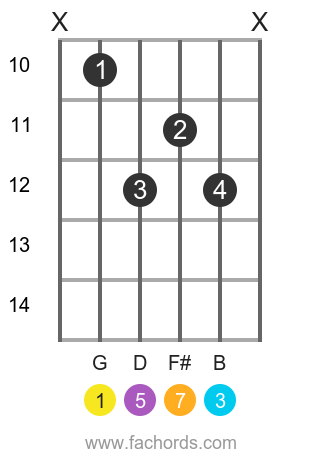 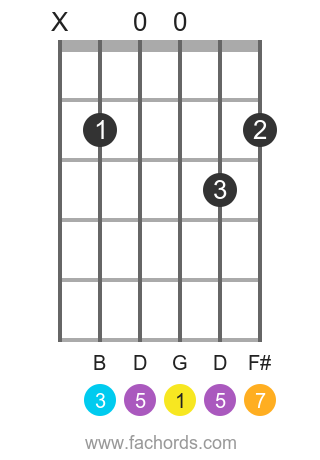 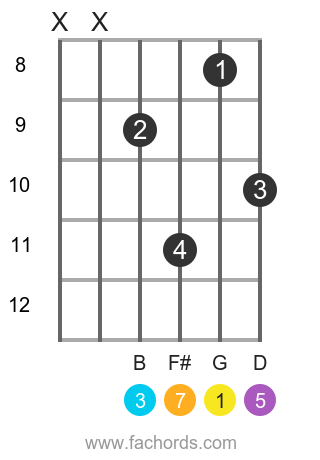 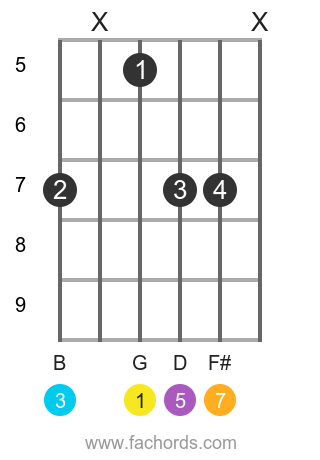 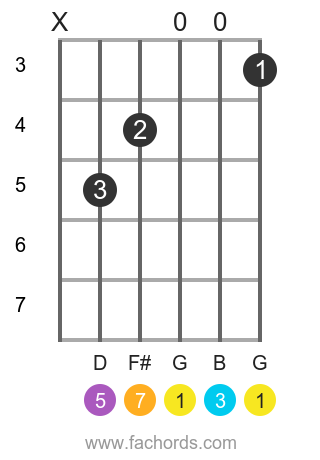 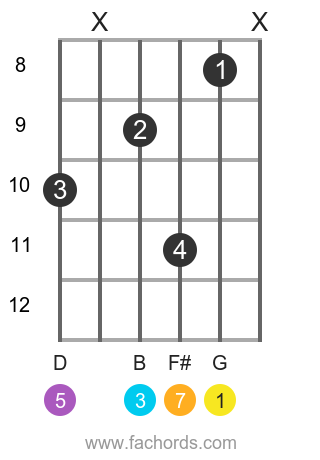 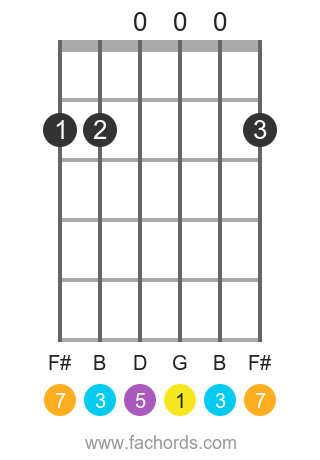 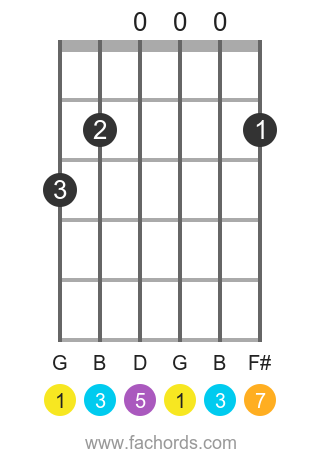 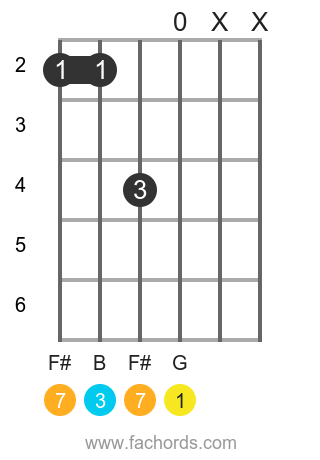 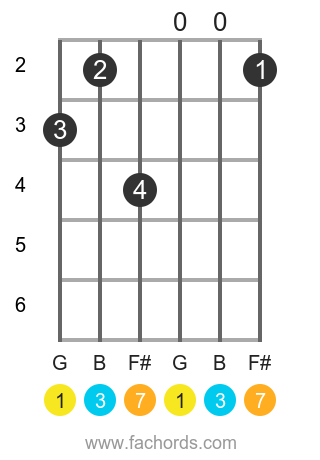 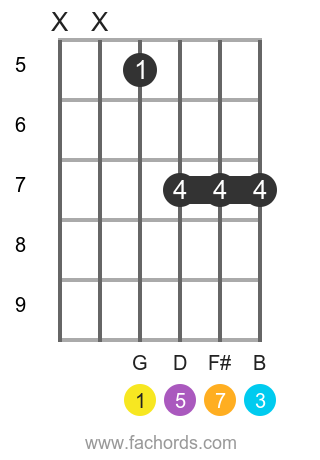 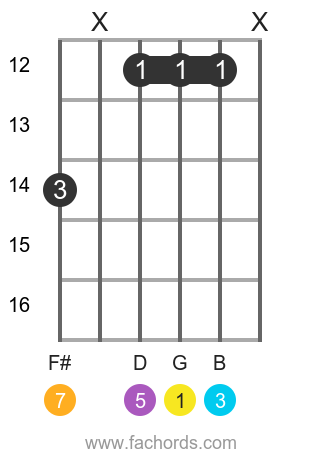 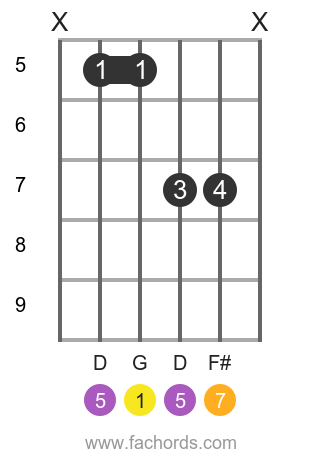 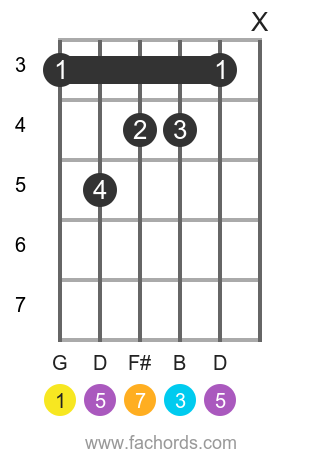 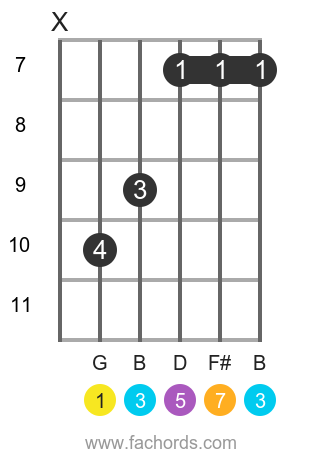 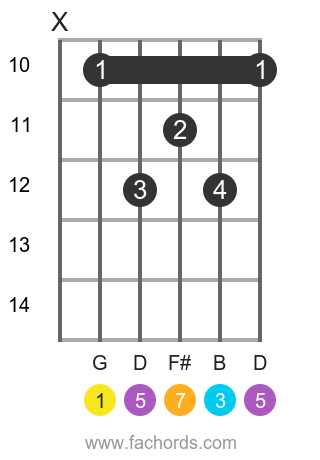