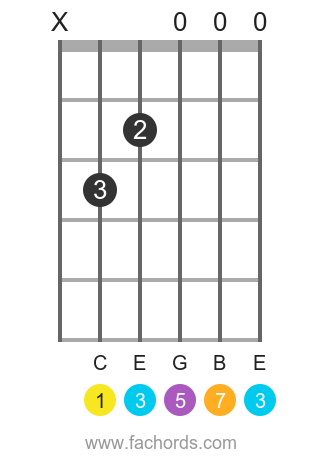 The intervals of this chord are Root, Major Third, Perfect Fifth, and Major Seventh

The C Major Seventh chord is spelled in the following ways: 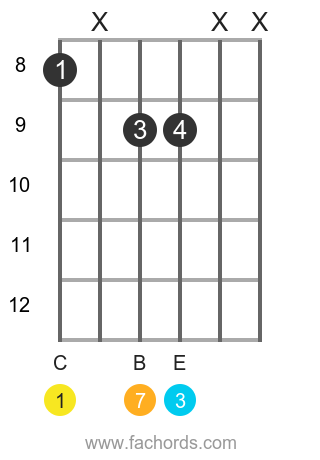 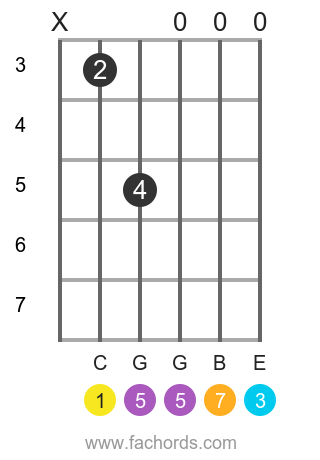 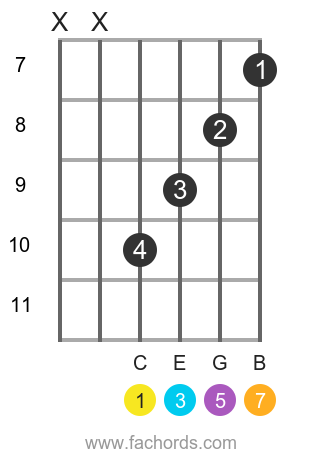 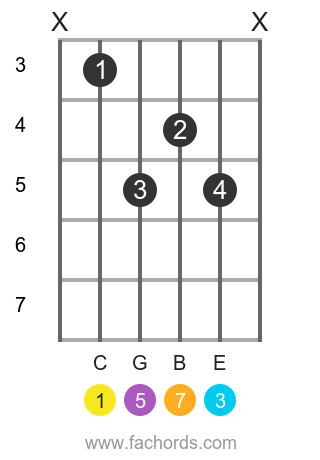 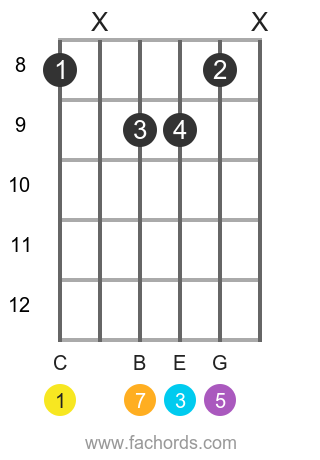 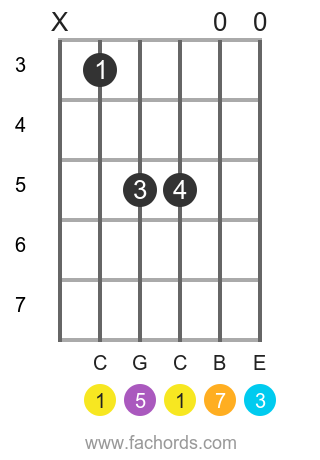 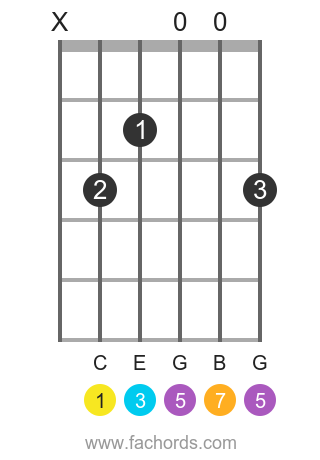 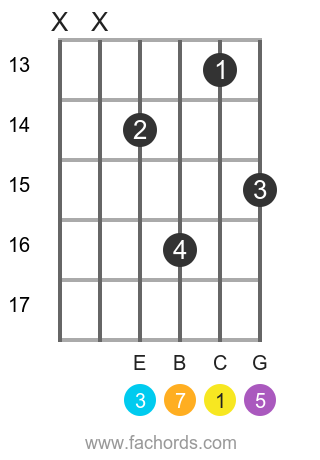 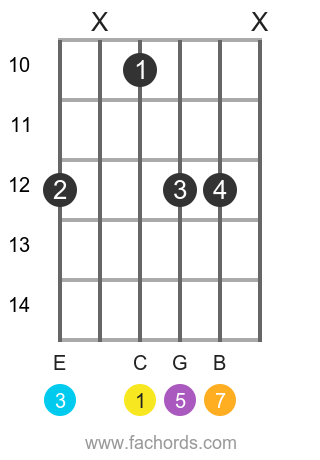 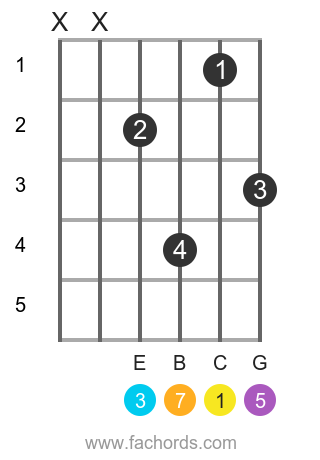 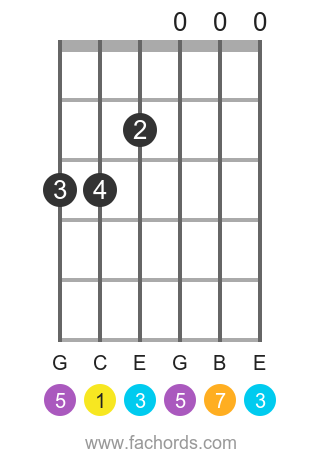 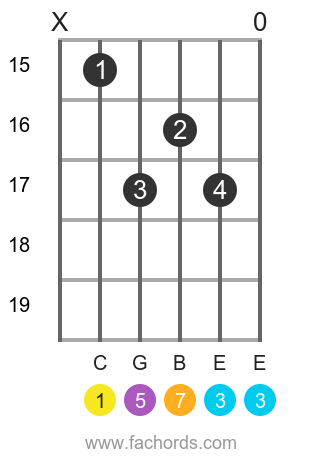 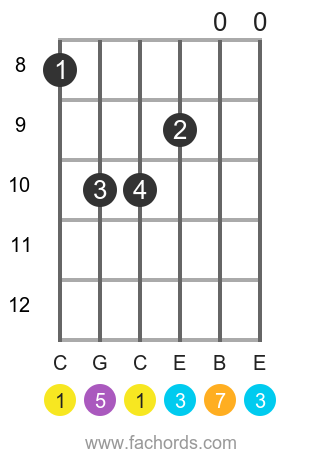 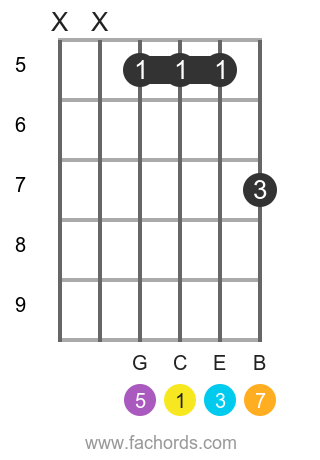 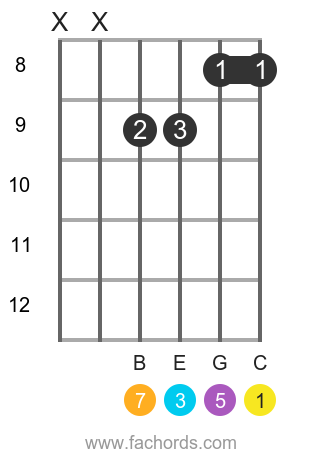 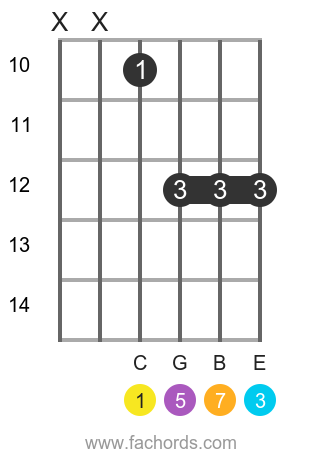 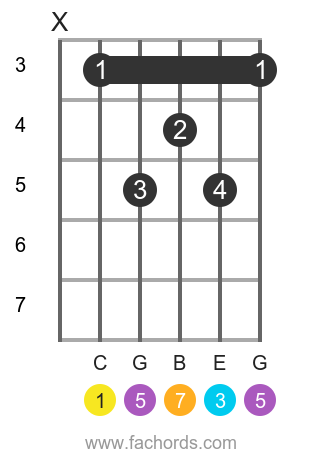 Before we check out different chord positions for Cmaj7 let’s get an idea of how the chord is built and used.

The notes for the C major scale are C-D-E-F-G-A-B and a major chord is made up of the root, major third, and perfect fifth. Which means a C major chord is made up of the notes C-E-G. We have already discussed chords like E7 that are known as dominant sevenths, Cmaj7 is a major seventh chord . The root, major third, perfect fifth, and major seventh is simply C-E-G-B. The major seventh is used across the board in pop, rock, soul, funk , and of course commonly in jazz. Dominant sevenths are often used to create tension before resolution, major sevenths are more like a little flavor in the chord progression (they give out a smoother feel than the dominant sevenths).

How To Use The Cmaj7 Chord

The best time to play the maj7 are on the one and four chords . So in the key of C we would use Cmaj7 and Fmaj7 in our chord progression. Another key where the Cmaj7 would sound nice is the Key G. If you are into jazz, funk, pop standards, or fusion this is a chord you will see pop up often. It is a chord you will see over and over again in some of the most popular and enduring songs.

The Cmaj7 tones on the guitar fretboard ( click to zoom )

Using the tones above we can come up with some of the more popular versions of how to play the Cmaj7 chord. Usually, when we play a chord we want the root note (here C) to be the lowest played bass note. Sometimes we will find a chord shape where that isn’t the case, which means the chord is an inversion. If the lowest note is B, E, or G instead of the C that is an inversion.

There are a few common but difficult positions that take some practice to master like the common jazz voicing of 8X99XX , along with X3545X and XX10987