The Cm chord is made up of the Root, Minor Third, and Perfect Fifth

The Cm chord is known as:

The C Minor chord is made up of the notes C, Eb, and G

These chord transition tips will help you learn how to change chords in a fast an accurate way.

How the Minor chord is built: 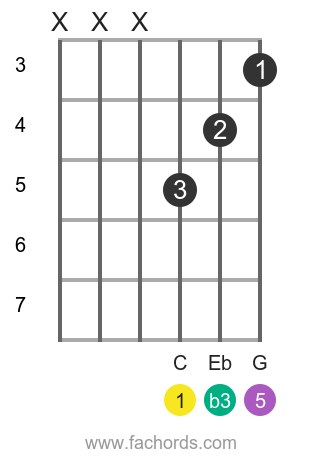 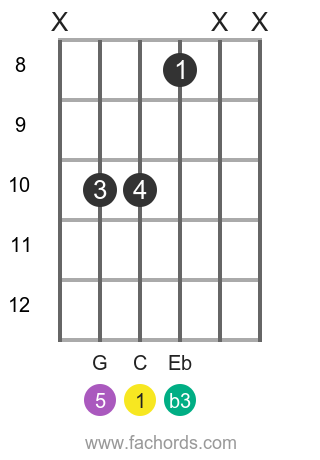 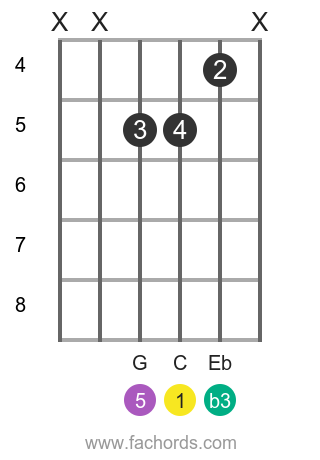 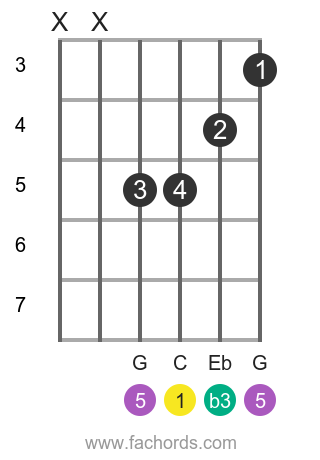 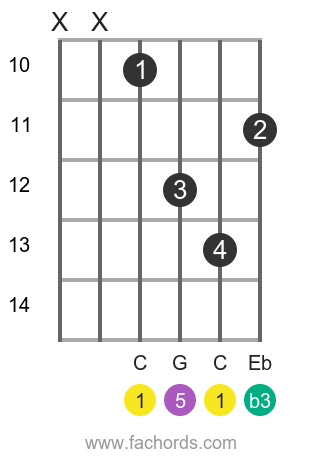 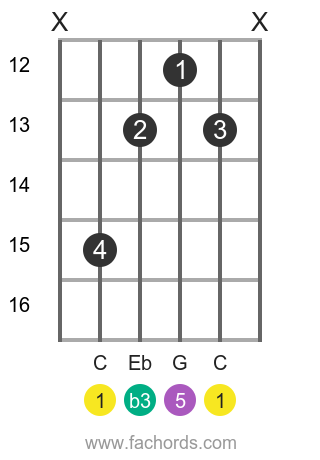 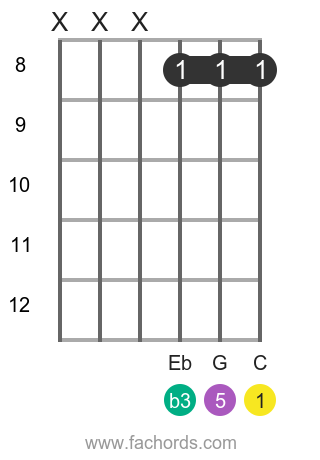 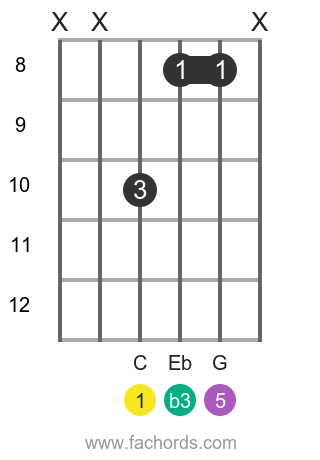 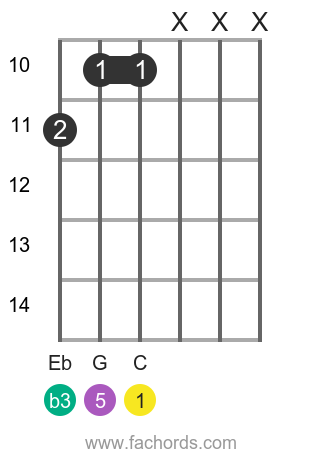 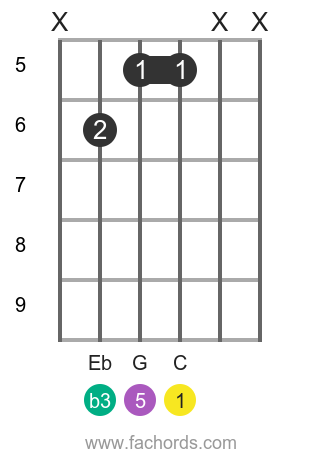 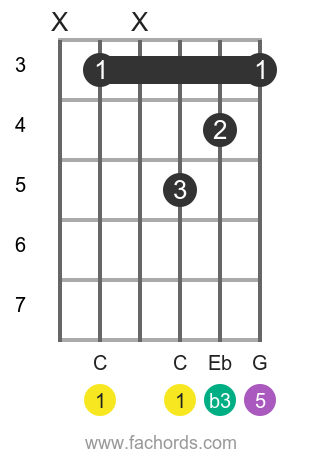 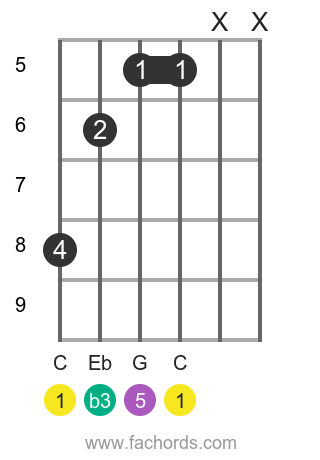 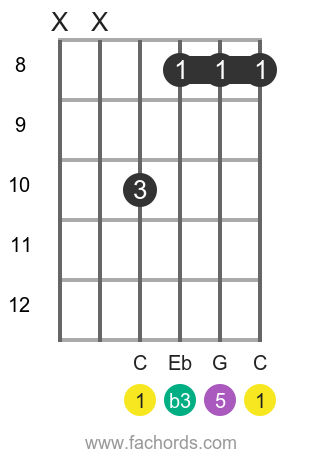 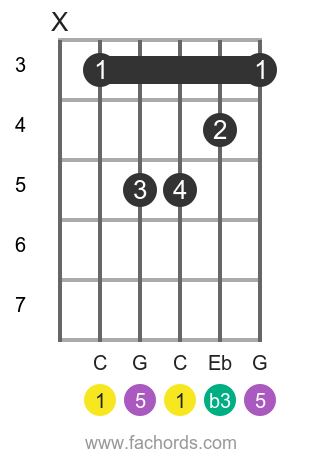 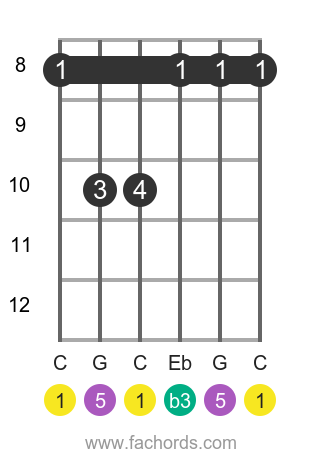 Before we find different chord positions for Cm let’s get an idea of how the chord is built and used.

1
b2
2
b3
3
4
b5
5
#5
6
b7
7
Minor chords are often associated with sadder and often slower music. Major chords are perfect for upbeat rock and blues, while the minors are there to change the mood. You will find plenty of minor chords in classical music along with genres like pop, rock, and funk.

That is why that chord progression (C major and the C minor) has been used so many times (even "Get Free" by Lana Del Ray) it sounds so nice changing from the major to the minor.

The Cm tones on the guitar fretboard. Click to zoom

Using the tones above we can come up with some of the more popular versions of how to play the Cm chord. Usually when we play a chord we want the root note (here C) to be the lowest played bass note. Sometimes we will find a chord shape where that isn’t the case, which means the chord is an inversion. If the lowest note is E or G instead of the C than that is an inversion. It will depend on previous and latter chords in the progression as to whether the inversions sound good when played. Sometimes the inversions will sound better than the regular chord with the normal root note!

We can also try some complicated positions with muted strings. Like X3X04X which is used in the song Blackbird like we mentioned above. Also this "open" Cm X3101X. Remember muting the outer E strings will be a lot easier than internal strings, they require a lot more practice.

You will often see Cm in the Keys of Eb, Bb, and Ab. Of course it may be used in regular keys like G and F if you want a mood change from major to minor. Three common scales that are fitting when playing the Cm chord are the natural minor scale, the harmonic minor, and the melodic minor scale.