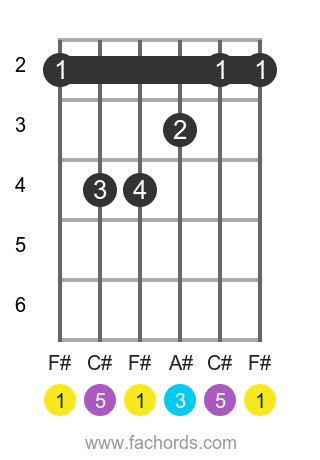 The F# Major chord is made up of the Root, Major Third, and Perfect Fifth

Name variations for the F#maj chord: 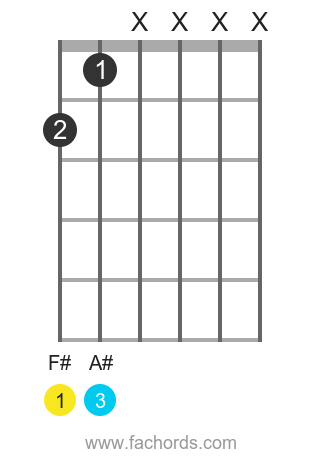 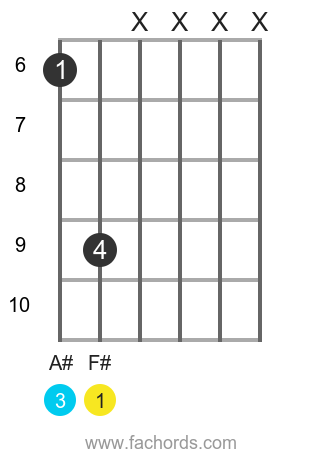 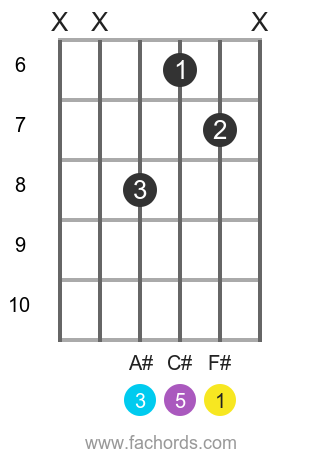 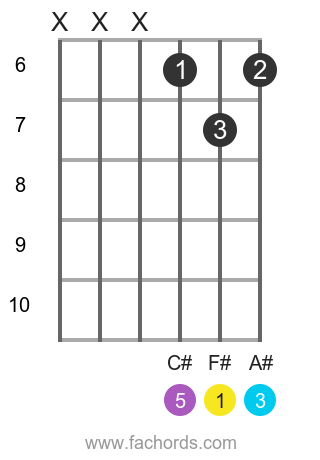 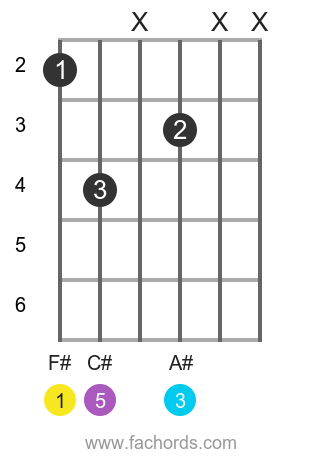 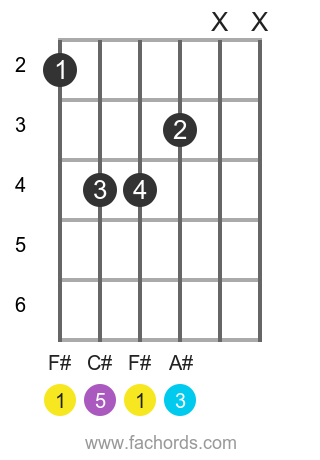 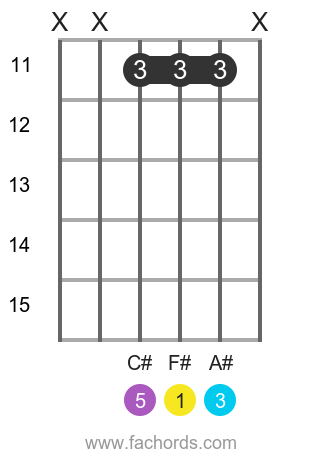 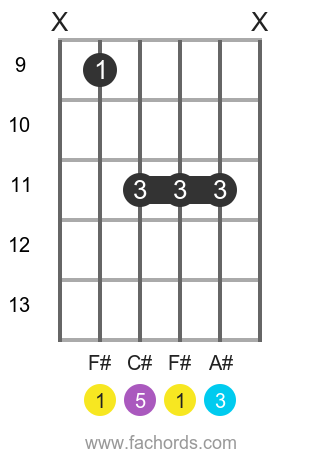 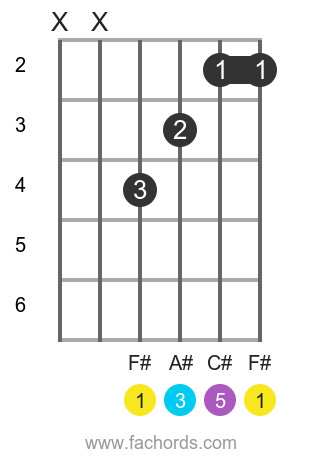 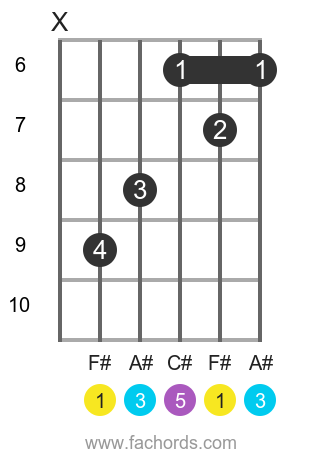