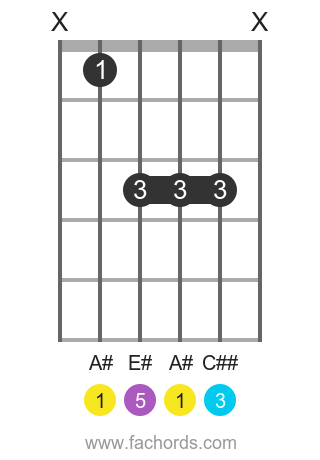 The intervals in this chord are Root, Major Third, and Perfect Fifth

The A# Major chord is known as:

Notes of the A# maj chord: 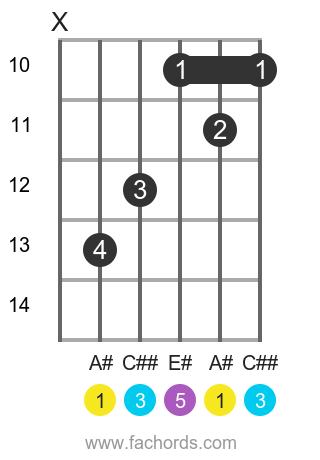 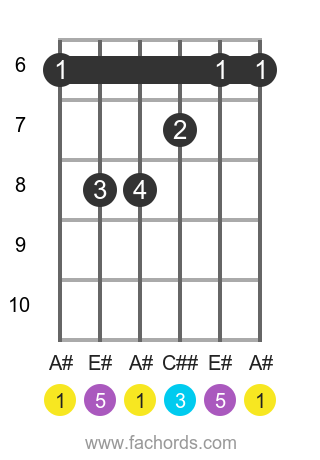