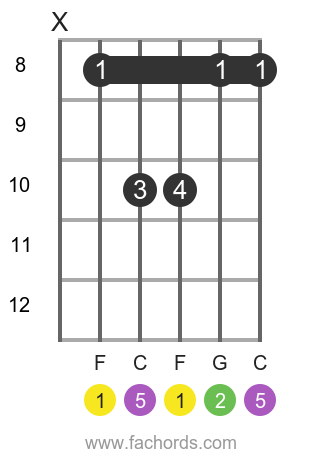 The F Suspended Second chord is composed of the Root, Major Second, and Perfect Fifth

The Fsus2 chord is known as:

The Fsus2 chord is composed of the notes F, G, and C 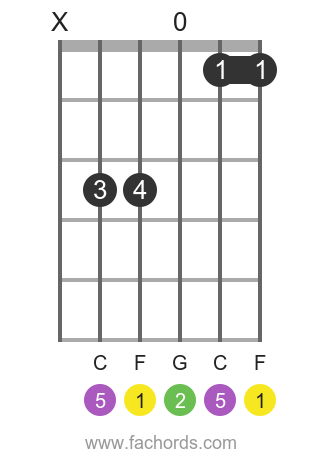 In this post we will apply modern neuroscience discoveries for an effective guitar practice, in order to maximize results and effectiveness. You'll find tips and tricks on concentration, memory, rest, practice..

Guitar Scales | How To Play Scales On Guitar

In this lesson, we're going to take a look at the first guitar scales that a beginner should learn, how to play them and how to create scale patterns all along the fretboard.

The D Major Scale for Guitar

Learn how to play the D major scale on guitar: this tutorial will show you the most common patterns used to play this scale. You'll learn also the notes and the structure of this scale, plus some tips on the best way to play scales on the fretboard.

This article shows you in details how the Nashville Number System works. A useful for describing chord progressions, transposing songs, improvisation, that can be understood without too much music theory knowledge..